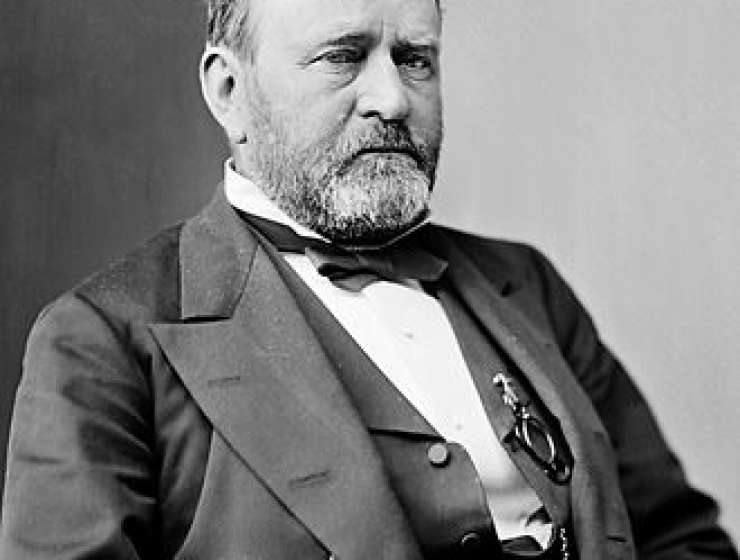 Ulysses S. Grant is best known as the Union general who led the United States to victory over the Confederate States of America during the American Civil War. As a two-term President, he is typically dismissed as weak and ineffective; historians have often ranked Grant's presidency near the bottom in American history. Recently, however, scholars have begun to reexamine and reassess his presidential tenure; recent rankings have reflected a significant rise. Every President presents historians with some contradictions, but Grant might do so more than most. He was quiet and soft-spoken but able to inspire great bravery from his soldiers on the battlefield.

He was an honorable man who was unable or unwilling to see dishonor in others. He disdained politics but rose to the country's highest political office. He was no great orator, but he possessed a coherent political philosophy mirrored in Lincoln's Republican Party that won the war, freed the enslaved people, and saved the Republic. Grant presided over a powerful if unstable economy unleashing productive capacities only dreamed of before the Civil War. A great supporter of the transcontinental railroads, Grant oversaw the completion of the one running from Sacramento, California, to Omaha, Nebraska, in 1869 in his first year in office. Overall, Grant's intentions were honorable, and he made efforts that few had attempted before him, especially in the areas of African American rights, Native American policy, and civil service reform. He also executed a successful foreign policy and was responsible for improving Anglo-American relations.