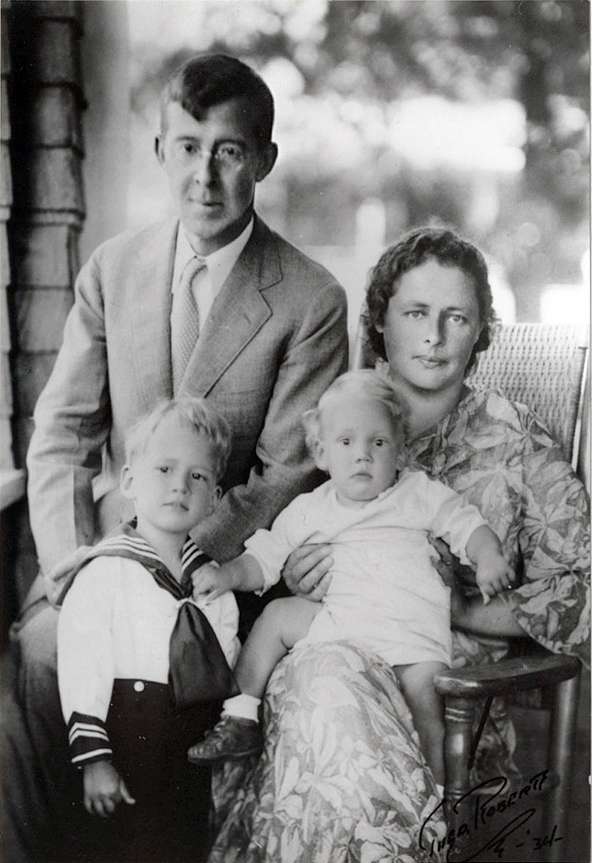 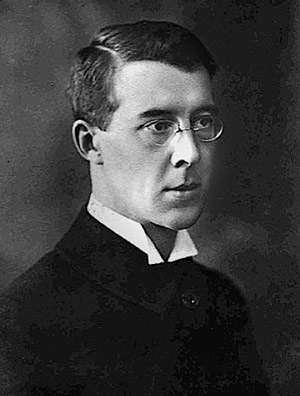 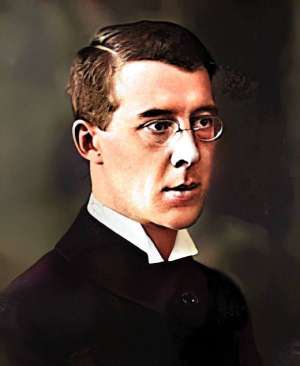 Pitirim Alexandrovich Sorokin was a Russian, later American, sociologist and political activist, who contributed to the social cycle theory.

Pitirim Alexandrovich Sorokin was born on 2 February  1889, in Turya, a small village in Yarensky Uyezd, Vologda Governorate, Russian Empire now Knyazhpogostsky District, Komi Republic, Russia, the second son to a Russian father and Komi mother. Sorokin's father, Alexander Prokopievich Sorokin, was from Veliky Ustyug and a travelling craftsman specializing in gold and silver, while his mother, Pelageya Vasilievna, was a native of Zheshart and belonged to a peasant family. His elder brother, Vasily, was born in 1885, and his younger brother, Prokopy, was born in 1893. Sorokin's mother died on March 7, 1894, in the village of Kokvitsa, and after her death Sorokin and his elder brother Vasily stayed with their father, travelling with him through the villages in search of work, while Prokopy was taken in by his aunt, Anisya Vasilievna Rimsky, who lived with her husband, Vasily Ivanovich, in the village of Rimia.

Pitirim and his older brother's father developed alcoholism. Because of this, their father had severe anxiety and panic attacks to the point where he was physically abusive to his sons. After a severe beating that left a scar by Pitirim's upper lip, Pitirim at the age of eleven, along with his older brother, decided that wanted to be independent and no longer under their father's care.

In the early 1900s, supporting himself as an artisan and clerk, Sorokin attended the Saint Petersburg Imperial University in Saint Petersburg where he earned his graduate degree in criminology and became a professor.

Sorokin was an anti-communist, and during the Russian Revolution was a member of the Socialist Revolutionary Party, supporter of the White Movement, and a secretary to Prime Minister Alexander Kerensky. After the October Revolution, Sorokin continued to fight communist leaders, and was arrested by the new regime several times before he was eventually condemned to death. After six weeks in prison, Sorokin was released and went back to teaching at the University of St. Petersburg, becoming the founder of the sociology department at the university. In 1922, Sorokin was again arrested and this time exiled by the Soviet government, emigrating in 1923 to the United States, and became a naturalized citizen in 1930.

Sorokin was a leader among the Democrats leading up to the Russian revolution, and was sought by Lenin's forces after Lenin consolidated his power. After months in hiding, he escaped from the Soviet Union in 1922 and emigrated to the United States, becoming a naturalized citizen in 1930. Sorokin was personally requested to accept a position at Harvard University, founding the Department of Sociology and becoming a vocal critic of his colleague, Talcott Parsons. Sorokin was an ardent opponent of communism, which he regarded as a "pest of man," and was a deputy of the Russian Constituent Assembly.

Sorokin was professor of sociology at the University of Minnesota from 1924 to 1940, when he accepted an offer of a position by the president of Harvard University, where he continued to work until 1959. One of his students was writer Myra Page.

Before his achievements as a professor in the United States, he published his 1924 Leaves of a Russian Diary, by E.P. Dutton & Co., giving a daily, and sometimes hourly account of the Russian Revolution which actually first started in February 1917 where he was in the forefront of creating a provisionary government, only to see it unravel and lose power to the Bolsheviks in October 1917. In 1950, Sorokin published an addendum to the book called The Thirty Years After. It is a personal and brutally honest account of the revolution and of his exile.

Sorokin's academic writings are extensive; he wrote 37 books and more than 400 articles. His controversial theories of social process and the historical typology of cultures are expounded in Social and Cultural Dynamics 4 vol., 1937–41; rev. and abridged ed. 1957 and many other works. Sorokin was also interested in social stratification, the history of sociological theory, and altruistic behavior.

Sorokin's work addressed three major theories: social differentiation, social stratification and social conflict. The theory of social differentiation describes three types of societal relationships. The first is familistic, which is the type that we would generally strive for. It is the relationship that has the most solidarity, the values of everyone involved are considered, and there is a great deal of interaction.

Social stratification refers to the fact that all societies are hierarchically divided, with upper and lower strata and unequal distribution of wealth, power, and influence across strata. There is always some mobility between these strata. People or groups may move up or down the hierarchy, acquiring or losing their power and influence.

Social conflict refers to Sorokin's theory of war. Whether internal to a nation or international, peace is based on similarity of values among the people of a nation or between different nations. War has a destructive phase, when values are destroyed, and a declining phase, when some of values are restored. Sorokin thought that the number of wars would decrease with increased solidarity and decreased antagonism. If a society's values stressed altruism instead of egoism, the incidence of war would diminish.

In his Social and Cultural Dynamics, his magnum opus, Sorokin classified societies according to their 'cultural mentality', which can be "ideational" reality is spiritual, "sensate" reality is material, or "idealistic" a synthesis of the two. He suggested that major civilizations evolve from an ideational to an idealistic, and eventually to a sensate mentality. Each of these phases of cultural development not only seeks to describe the nature of reality, but also stipulates the nature of human needs and goals to be satisfied, the extent to which they should be satisfied, and the methods of satisfaction. Sorokin has interpreted the contemporary Western civilization as a sensate civilization, dedicated to technological progress and prophesied its fall into decadence and the emergence of a new ideational or idealistic era. In Fads and Foibles, he criticizes Lewis Terman's Genetic Studies of Genius research, showing that his selected group of children with high IQs did about as well as a random group of children selected from similar family backgrounds would have done.

Sorokin was heavily involved in politics; his interests being on the issues with the legitimacy of power, Russia's representative democracy, and how it connected to the national question of the country regarding its democratic structure. He believed that after the fall of communism, a new form of Russia would arise. He also believed that pushing Russia out of its crisis would encourage the world to utilize altruistic love; a vital part of his research.

Sorokin also created the Center for the Study of Creative Altruism in Harvard and there he developed and proposed his ideas about the ethics of love and social solidarity. With this program he was able to express how humanity can be saved through altruistic actions made out of love.

Involvement with other sociologists

With the financial assistance of Eli Lilly, a friend of Sorokin who was a pharmaceutical heir, he was able to do further research in creative altruism. From this research, he gained much popularity and was well respected by other sociologists and in the field of sociology. He was referred to as the "founder of the sociology of altruism". Because of this, he was given the opportunity to create "The Harvard Research Center in Creative Altruism" in 1949 and had two instructors under him, one of them being Talcott Parsons.

Although Sorokin and Parsons worked together as colleagues, Sorokin would heavily criticize Parsons' works due to having opposing views. Sorokin disapproved of America's ways of civilization and felt as if it was in decline hence creating tension between Sorokin and Parsons; Parsons being an American sociologist while Sorokin was Russian. The rift between them was put to a hold when Harvard University and the American sociology community favored Parsons views and Sorokin's administrative position in Harvard was seized.

Sorokin's research also focused on rural society hence making him more approachable and referable by other moral conservatives. This initiated his collaboration with Carle Zimmerman and together they expanded on the perspective of rural-urban sociology. They believed that rural-urban sociology was the rural way of life that was established from the following characteristics: a conservative and traditional family, an economy based on manual labor and or from a family and home business and their connection to it whether it be sociologically, demographically, or economically.

Sorokin impacted the historian, Allan Carlson. He agreed with Sorokin and his disapproval of communism. Carlson also considered himself to be pro-family, and agreed with Sorokin's views on how a family's most ideal environment is living in intimate, small village-like towns.

Sorokin also made an influential impact on the forty-eighth vice president, Michael Pence, who quoted him while defending his failed House Resolution, the Marriage Protection Amendment in 2006, when there were same-sex marriages debates. Pence stated, "Marriage matters according to the researchers. Harvard sociologist Pitirim Sorokin found that throughout history, the societal collapse was always brought about following the advent of the deterioration of marriage and family”.

Sorokin married Dr. Helen Baratynskaya, with whom he had two sons, Peter and Sergey. His son, Peter P. Sorokin, co-invented the dye laser.

Sorokin suffered from a serious illness and after struggling for two years, he died on 10 February 1968, aged 79, in Winchester, Massachusetts. A Russian Orthodox service was held at home for the family, followed by an eclectic service at the Memorial Church of Harvard University.

Sorokin's papers are currently held by the University of Saskatchewan in Saskatoon, Canada, where they are available to the public. In March 2009 the Sorokin Research Center was established at the facilities of Syktyvkar State University in Syktyvkar, Republic of Komi, for the purpose of research and publication of archive materials, mainly from the collection at the University of Saskatchewan. The first research project "Selected Correspondence of Pitirim Sorokin: Scientist from Komi on The Service of Humanity" in Russian has been drafted and will be in print in the Fall of 2009 in Russia. 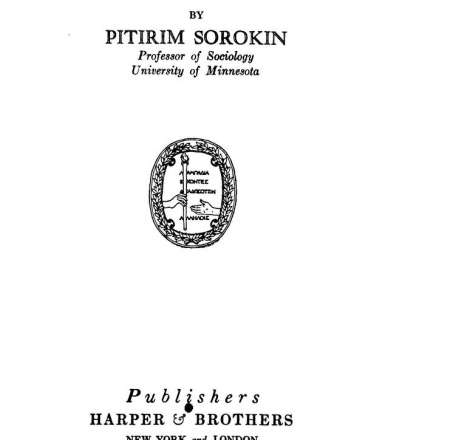 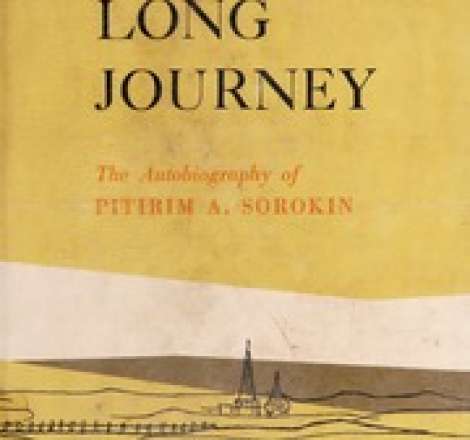 Politics
A long journey; the autobiography of Pitirim A. Sorokin 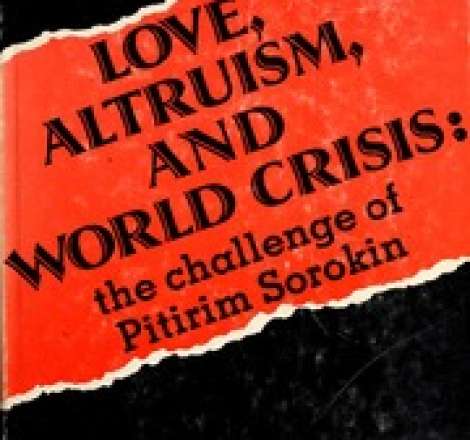 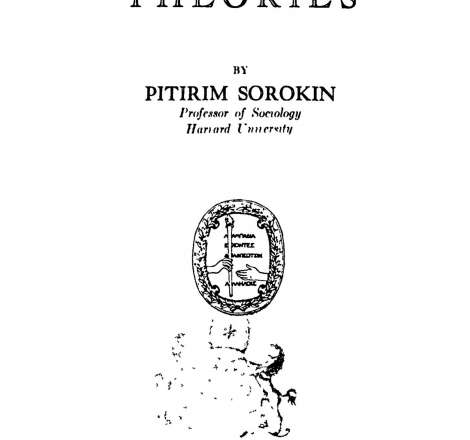 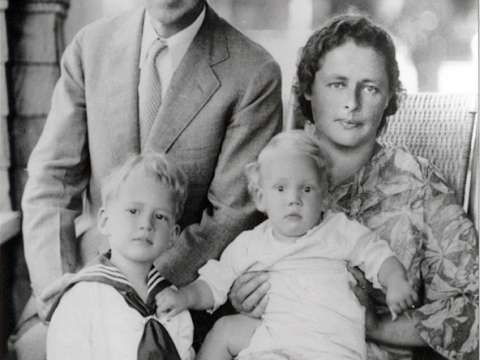 Image of Pitirim Sorokin and his wife along with his two sons in 1934. 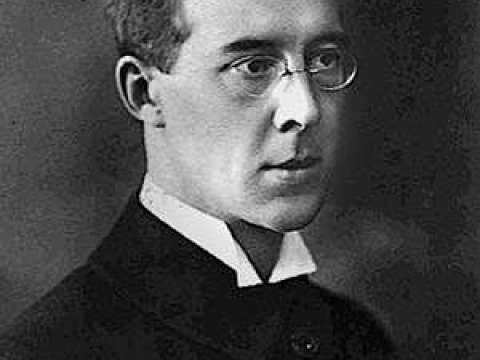 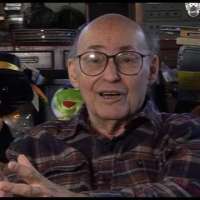 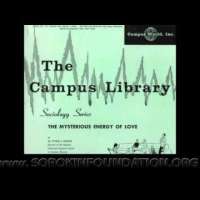 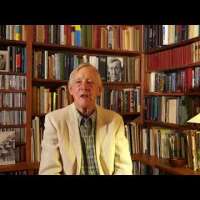 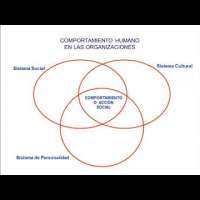 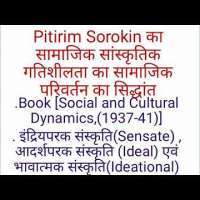 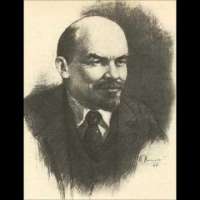 "The Valuable Admissions Of Pitirim Sorokin" by LENIN
What Do You Think Of That Genius? 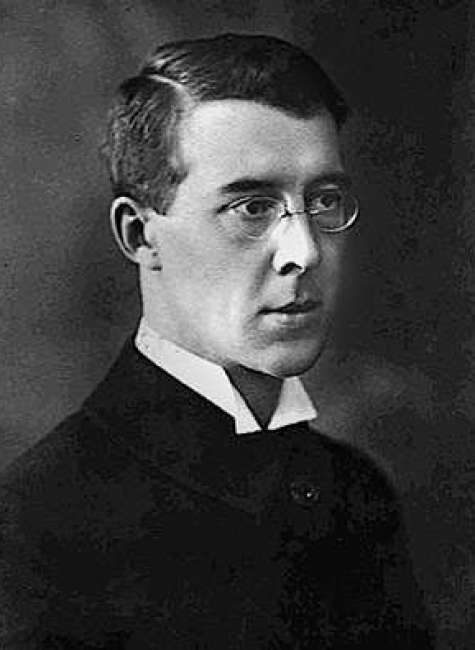 Politics
Pitirim A. Sorokin’s contribution to the theory and practice of altruism
0 Comments