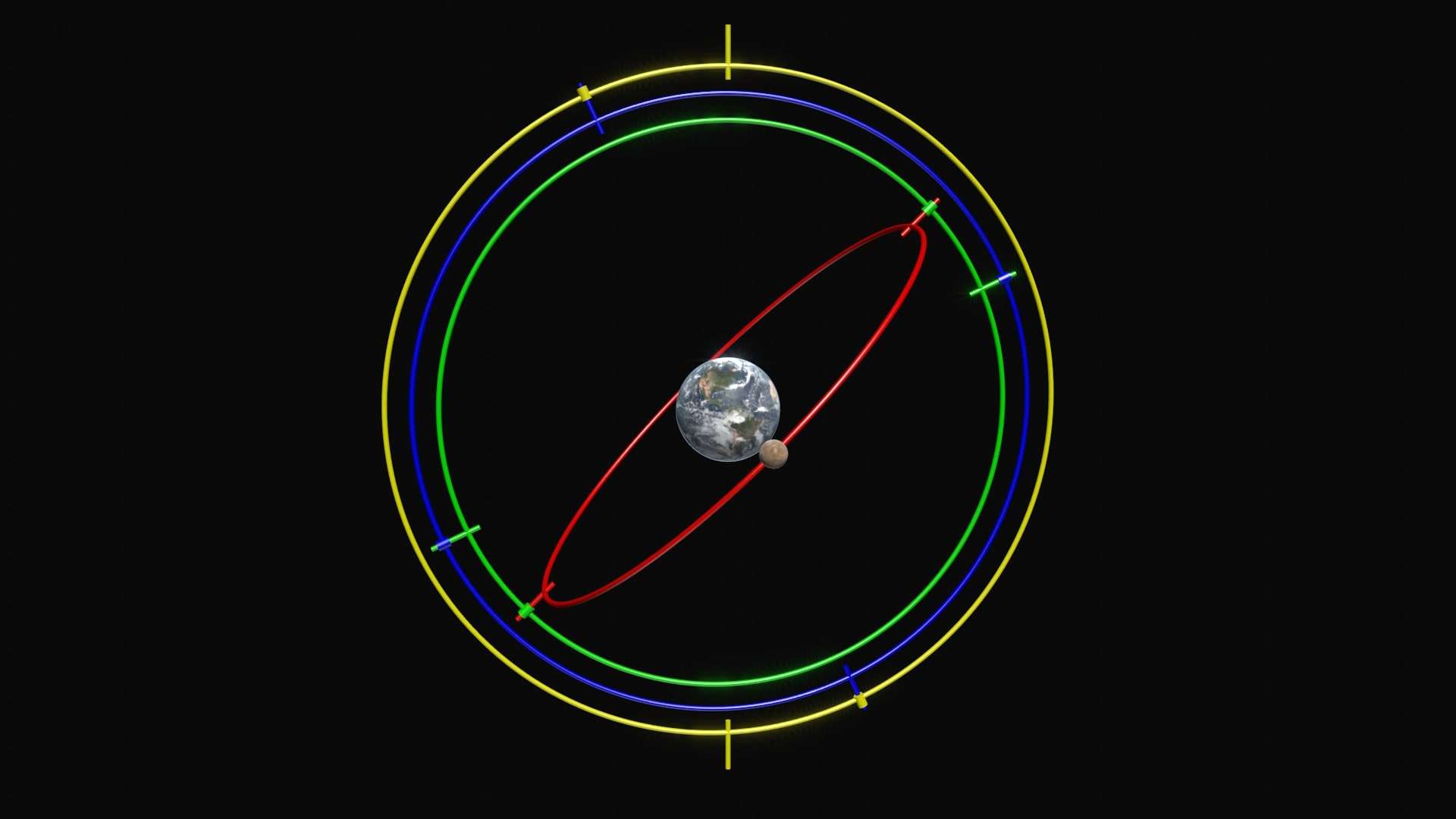 Willingly would I burn to death like Phaeton, were this the price for reaching the sun and learning its shape, its size, and its substance.

Eudoxus of Cnidus was an ancient Greek astronomer, mathematician, scholar, and student of Archytas and Plato. All of his works are lost, though some fragments are preserved in Hipparchus' commentary on Aratus's poem on astronomy. Sphaerics by Theodosius of Bithynia may be based on a work by Eudoxus.

Eudoxus was born and died in Cnidus also spelled Knidos, which was a city on the southwest coast of modern day Turkey. The years of Eudoxus' birth and death are not fully known but the range may have been c. 408 – c. 355 BC, or c. 390 – c. 337 BC. His name Eudoxus means "honored" or "of good repute" εὔδοξος, from eu "good" and doxa "opinion, belief, fame". It is analogous to the Latin name Benedictus.

Eudoxus's father, Aeschines of Cnidus, loved to watch stars at night. Eudoxus first traveled to Tarentum to study with Archytas, from whom he learned mathematics. While in Italy, Eudoxus visited Sicily, where he studied medicine with Philiston.

At the age of 23, he traveled with the physician Theomedon—who according to Diogenes Laërtius some believed was his lover—to Athens to study with the followers of Socrates. He eventually attended lectures of Plato and other philosophers for several months, but due to a disagreement they had a falling-out. Eudoxus was quite poor and could only afford an apartment at the Piraeus. To attend Plato's lectures, he walked the 7 miles 11 km in each direction each day. Due to his poverty, his friends raised funds sufficient to send him to Heliopolis, Egypt, to pursue his study of astronomy and mathematics. He lived there for 16 months. From Egypt, he then traveled north to Cyzicus, located on the south shore of the Sea of Marmara, the Propontis. He traveled south to the court of Mausolus. During his travels he gathered many students of his own.

Around 368 BC, Eudoxus returned to Athens with his students. According to some sources, around 367 he assumed headship of the Academy during Plato's period in Syracuse, and taught Aristotle. He eventually returned to his native Cnidus, where he served in the city assembly. While in Cnidus, he built an observatory and continued writing and lecturing on theology, astronomy, and meteorology. He had one son, Aristagoras, and three daughters, Actis, Philtis, and Delphis.

In mathematical astronomy, his fame is due to the introduction of the concentric spheres, and his early contributions to understanding the movement of the planets.

His work on proportions shows insight into real numbers; it allows rigorous treatment of continuous quantities and not just whole numbers or even rational numbers. When it was revived by Tartaglia and others in the 16th century, it became the basis for quantitative work in science for a century, until it was replaced by Richard Dedekind.

Craters on Mars and the Moon are named in his honor. An algebraic curve the Kampyle of Eudoxus is also named after him.

Eudoxus is considered by some to be the greatest of classical Greek mathematicians, and in all Antiquity second only to Archimedes. Eudoxus was probably the source for most of book V of Euclid's Elements. He rigorously developed Antiphon's method of exhaustion, a precursor to the integral calculus which was also used in a masterly way by Archimedes in the following century. In applying the method, Eudoxus proved such mathematical statements as: areas of circles are to one another as the squares of their radii, volumes of spheres are to one another as the cubes of their radii, the volume of a pyramid is one-third the volume of a prism with the same base and altitude, and the volume of a cone is one-third that of the corresponding cylinder.

Eudoxus introduced the idea of non-quantified mathematical magnitude to describe and work with continuous geometrical entities such as lines, angles, areas and volumes, thereby avoiding the use of irrational numbers. In doing so, he reversed a Pythagorean emphasis on number and arithmetic, focusing instead on geometrical concepts as the basis of rigorous mathematics. Some Pythagoreans, such as Eudoxus's teacher Archytas, had believed that only arithmetic could provide a basis for proofs. Induced by the need to understand and operate with incommensurable quantities, Eudoxus established what may have been the first deductive organization of mathematics on the basis of explicit axioms. The change in focus by Eudoxus stimulated a divide in mathematics which lasted two thousand years. In combination with a Greek intellectual attitude unconcerned with practical problems, there followed a significant retreat from the development of techniques in arithmetic and algebra.'

The Pythagoreans had discovered that the diagonal of a square does not have a common unit of measurement with the sides of the square; this is the famous discovery that the square root of 2 cannot be expressed as the ratio of two integers. This discovery had heralded the existence of incommensurable quantities beyond the integers and rational fractions, but at the same time it threw into question the idea of measurement and calculations in geometry as a whole. For example, Euclid provides an elaborate proof of the Pythagorean theorem Elements I.47, by using addition of areas and only much later Elements VI.31 a simpler proof from similar triangles, which relies on ratios of line segments.

Eudoxus was able to restore confidence in the use of proportionalities by providing an astounding definition for the meaning of the equality between two ratios. This definition of proportion forms the subject of Euclid's Book V.

In Definition 5 of Euclid's Book V we read:

By using modern-day notation, this is clarified as follows. If we take four quantities: a, b, c, and d, then the first and second have a ratio a / b .

The complexity of the definition reflects the deep conceptual and methodological innovation involved. It brings to mind the famous fifth postulate of Euclid concerning parallels, which is more extensive and complicated in its wording than the other postulates.

The Eudoxian definition of proportionality uses the quantifier, "for every ..." to harness the infinite and the infinitesimal, just as do the modern epsilon-delta definitions of limit and continuity.

Additionally, the Archimedean property stated as definition 4 of Euclid's book V is originally due not to Archimedes but to Eudoxus.

In ancient Greece, astronomy was a branch of mathematics; astronomers sought to create geometrical models that could imitate the appearances of celestial motions. Identifying the astronomical work of Eudoxus as a separate category is therefore a modern convenience. Some of Eudoxus's astronomical texts whose names have survived include:

We are fairly well informed about the contents of Phaenomena, for Eudoxus's prose text was the basis for a poem of the same name by Aratus. Hipparchus quoted from the text of Eudoxus in his commentary on Aratus.

A general idea of the content of On Speeds can be gleaned from Aristotle's Metaphysics XII, 8, and a commentary by Simplicius of Cilicia 6th century AD on De caelo, another work by Aristotle. According to a story reported by Simplicius, Plato posed a question for Greek astronomers: "By the assumption of what uniform and orderly motions can the apparent motions of the planets be accounted for?" quoted in Lloyd 1970, p. 84. Plato proposed that the seemingly chaotic wandering motions of the planets could be explained by combinations of uniform circular motions centered on a spherical Earth, apparently a novel idea in the 4th century BC.

In most modern reconstructions of the Eudoxan model, the Moon is assigned three spheres:

The Sun is also assigned three spheres. The second completes its motion in a year instead of a month. The inclusion of a third sphere implies that Eudoxus mistakenly believed that the Sun had motion in latitude.

Callippus, a Greek astronomer of the 4th century, added seven spheres to Eudoxus's original 27 in addition to the planetary spheres, Eudoxus included a sphere for the fixed stars. Aristotle described both systems, but insisted on adding "unrolling" spheres between each set of spheres to cancel the motions of the outer set. Aristotle was concerned about the physical nature of the system; without unrollers, the outer motions would be transferred to the inner planets.

A major flaw in the Eudoxan system is its inability to explain changes in the brightness of planets as seen from Earth. Because the spheres are concentric, planets will always remain at the same distance from Earth. This problem was pointed out in Antiquity by Autolycus of Pitane. Astronomers responded by introducing the deferent and epicycle, which caused a planet to vary its distance. However, Eudoxus's importance to Greek astronomy is considerable, as he was the first to attempt a mathematical explanation of the planets.

Aristotle, in the Nicomachean Ethics, attributes to Eudoxus an argument in favor of hedonism—that is, that pleasure is the ultimate good that activity strives for. According to Aristotle, Eudoxus put forward the following arguments for this position: 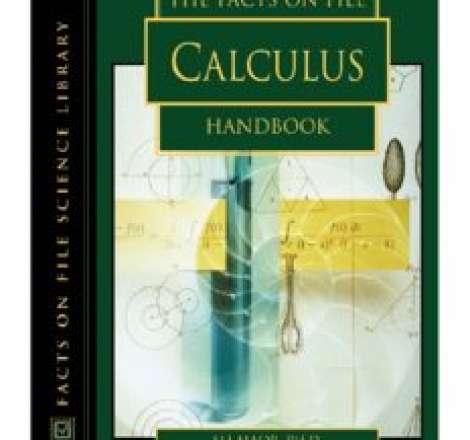 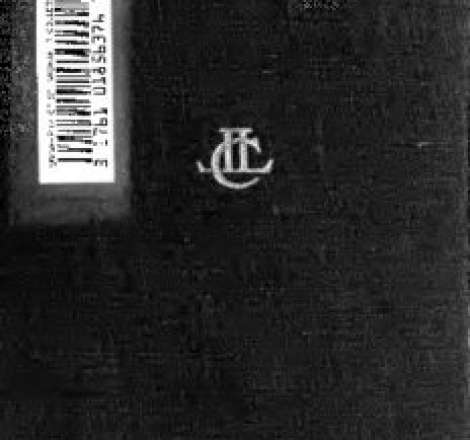 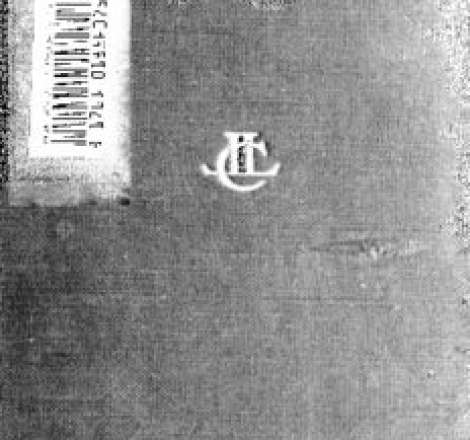 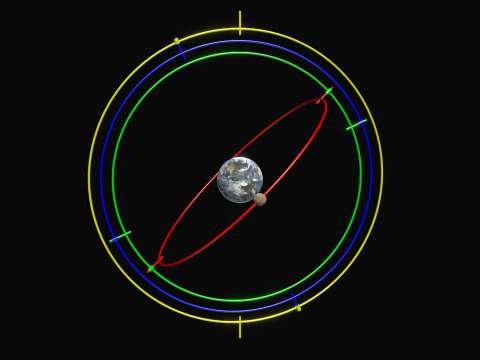 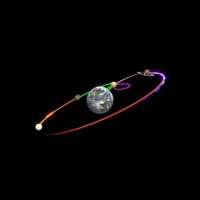 The History of Physics S1E4: Eudoxus (and Plato) 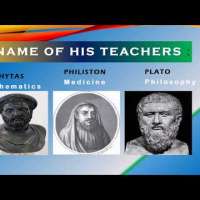 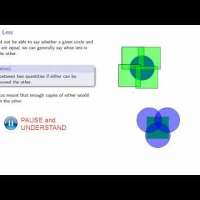 Eudoxus and the Theory of Ratio and Proportion 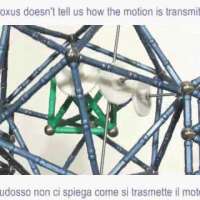 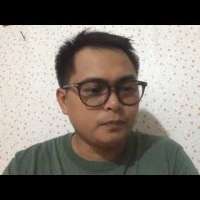 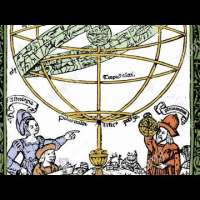 Endoxus of Cnidus Ancient Astronomer Mathematician Before BC
Discussion