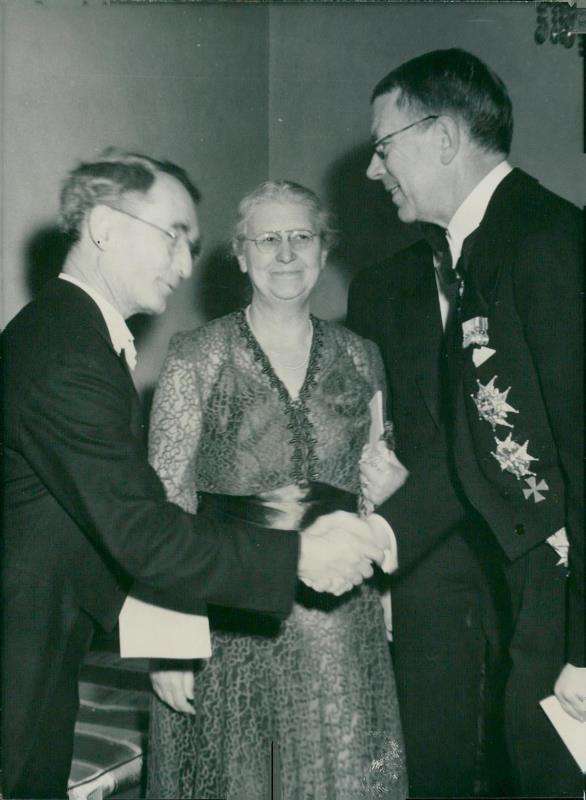 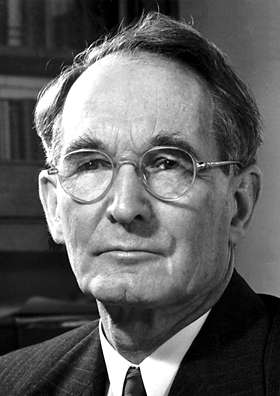 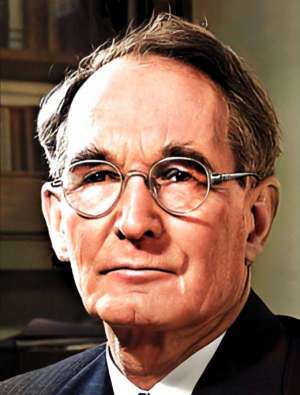 There is no adequate defense, except stupidity, against the impact of a new idea.

Percy Williams Bridgman was an American physicist who received the 1946 Nobel Prize in Physics for his work on the physics of high pressures. He also wrote extensively on the scientific method and on other aspects of the philosophy of science. The Bridgman effect and the Bridgman–Stockbarger technique are named after him.

Known to family and friends as Peter, Bridgman was born in Cambridge, Massachusetts, and grew up in nearby Auburndale.

Bridgman's parents were both born in New England. His father, Raymond Landon Bridgman, was "profoundly religious and idealistic" and worked as a newspaper reporter assigned to state politics. His mother, Mary Ann Maria Williams, was described as "more conventional, sprightly, and competitive".

Bridgman attended both elementary and high school in Auburndale, where he excelled at competitions in the classroom, on the playground, and while playing chess. Described as both shy and proud, his home life consisted of family music, card games, and domestic and garden chores. The family was deeply religious; reading the Bible each morning and attending a Congregational Church. However, Bridgman later became an atheist.

Bridgman entered Harvard University in 1900, and studied physics through to his Ph.D. From 1910 until his retirement, he taught at Harvard, becoming a full professor in 1919. In 1905, he began investigating the properties of matter under high pressure. A machinery malfunction led him to modify his pressure apparatus; the result was a new device enabling him to create pressures eventually exceeding 100,000 kgf/cm2 10 GPa; 100,000 atmospheres. This was a huge improvement over previous machinery, which could achieve pressures of only 3,000 kgf/cm2 0.3 GPa. Bridgman is also known for his studies of electrical conduction in metals and properties of crystals. He developed the Bridgman seal and is the eponym for Bridgman's thermodynamic equations.

Bridgman made many improvements to his high-pressure apparatus over the years, and unsuccessfully attempted the synthesis of diamond many times.

His philosophy of science book The Logic of Modern Physics 1927 advocated operationalism and coined the term operational definition. In 1938 he participated in the International Committee composed to organise the International Congresses for the Unity of Science. He was also one of the 11 signatories to the Russell–Einstein Manifesto.

Bridgman married Olive Ware, of Hartford, Connecticut, in 1912. Ware's father, Edmund Asa Ware, was the founder and first president of Atlanta University. The couple had two children and were married for 50 years, living most of that time in Cambridge. The family also had a summer home in Randolph, New Hampshire, where Bridgman was known as a skilled mountain climber.

Bridgman was a "penetrating analytical thinker" with a "fertile mechanical imagination" and exceptional manual dexterity. He was a skilled plumber and carpenter, known to shun the assistance of professionals in these matters. He was also fond of music and played the piano, and took pride in his flower and vegetable gardens.

Bridgman committed suicide by gunshot after suffering from metastatic cancer for some time. His suicide note read in part, "It isn't decent for society to make a man do this thing himself. Probably this is the last day I will be able to do it myself." Bridgman's words have been quoted by many in the assisted suicide debate.

Bridgman received Doctors, honoris causa from Stevens Institute 1934, Harvard 1939, Brooklyn Polytechnic 1941, Princeton 1950, Paris 1950, and Yale 1951. He received the Bingham Medal 1951 from the Society of Rheology, the Rumford Prize from the American Academy of Arts and Sciences 1919, the Elliott Cresson Medal 1932 from the Franklin Institute, the Gold Medal from Bakhuys Roozeboom Fund founder Hendrik Willem Bakhuis Roozeboom 1933 from the Royal Netherlands Academy of Arts and Sciences, and the Comstock Prize 1933 of the National Academy of Sciences.

The Percy W. Bridgman House, in Massachusetts, is a U.S. National Historic Landmark designated in 1975.

In 2014, the Commission on New Minerals, Nomenclature and Classification CNMNC of the International Mineralogical Association IMA approved the name bridgmanite for perovskite-structured Mg,FeSiO3, the Earth's most abundant mineral, in honor of his high-pressure research. 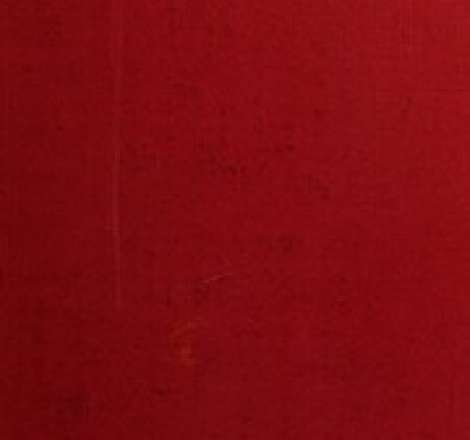 Physics
The nature of thermodynamics 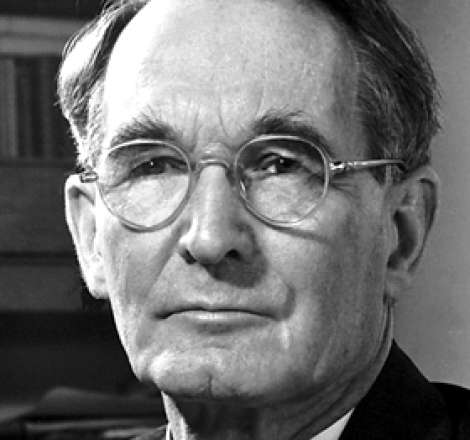 Physics
The nature of physical theory 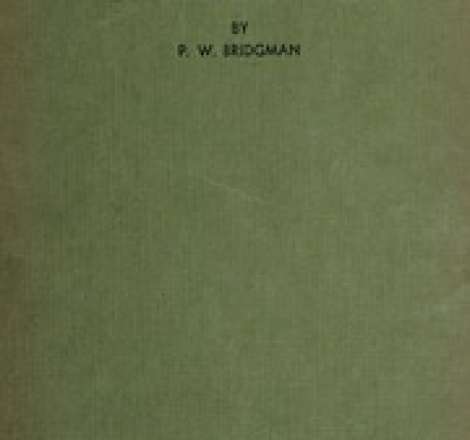 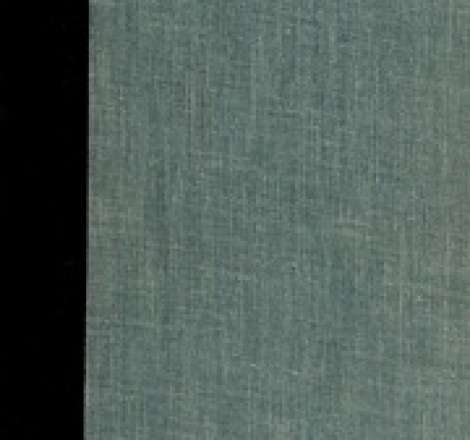 Physics
The way things are 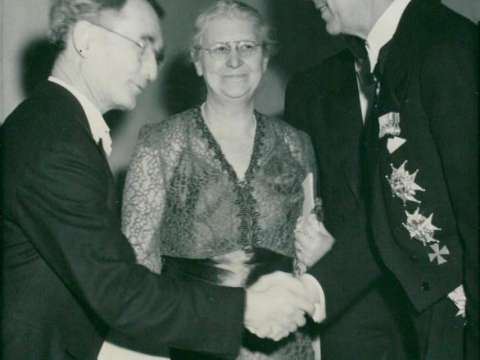 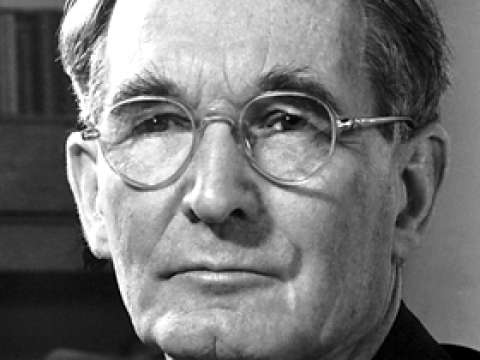 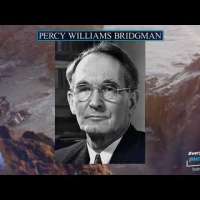 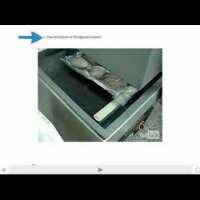 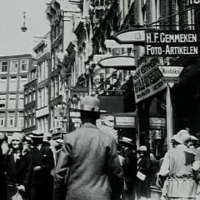 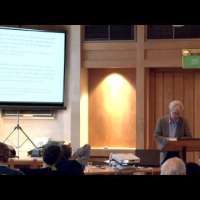 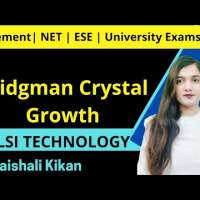 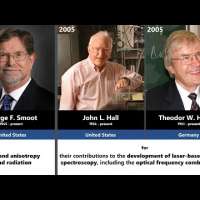 All Nobel laureates in Physics in History
What Do You Think Of That Genius?