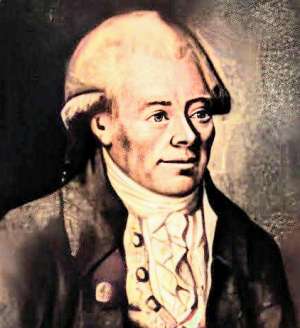 The most dangerous of all falsehoods is a slightly distorted truth.

Georg Christoph Lichtenberg was a German physicist, satirist, and Anglophile. As a scientist, he was the first to hold a professorship explicitly dedicated to experimental physics in Germany. He is remembered for his posthumously published notebooks, which he himself called Sudelbücher, a description modelled on the English bookkeeping term "scrapbooks", and for his discovery of tree-like electrical discharge patterns now called Lichtenberg figures.

Georg Christoph Lichtenberg was born in Ober-Ramstadt near Darmstadt, Landgraviate of Hesse-Darmstadt, the youngest of 17 children. His father, Johann Conrad Lichtenberg, was a pastor ascending through the ranks of the church hierarchy, who eventually became superintendent for Darmstadt. Unusually for a clergyman in those times, he seems to have possessed a fair amount of scientific knowledge. Lichtenberg was educated at his parents' house until 10 years old, when he joined the Lateinschule in Darmstadt. His intelligence became obvious at a very early age. He wanted to study mathematics, but his family could not afford to pay for lessons. In 1762, his mother applied to Ludwig VIII, Landgrave of Hesse-Darmstadt, who granted sufficient funds. In 1763, Lichtenberg entered the University of Göttingen.

In 1769 he became extraordinary professor of physics, and six years later ordinary professor. He held this post till his death. Invited by his students, he visited England twice, from Easter to early Summer 1770 and from August 1774 to Christmas 1775, where he was received cordially by George III and Queen Charlotte. He led the King through the royal observatory in Richmond, upon which the king proposed that he become professor of philosophy. He also met with participants of Cook's voyages. Great Britain impressed him, and he subsequently became a well-known Anglophile.

One of the first scientists to introduce experiments with apparatus in their lectures, Lichtenberg was a popular and respected figure in contemporary European intellectual circles. He maintained relations with most of the great figures of that era, including Goethe and Kant. In 1784, Alessandro Volta visited Göttingen especially to see him and his experiments. Mathematician Karl Friedrich Gauss sat in on his lectures. In 1793, he was elected a member of the Royal Society.

Lichtenberg was prone to procrastination. He failed to launch the first hydrogen balloon. He always dreamed of writing a novel à la Fielding's Tom Jones, but never finished more than a few pages. He was one of the first to introduce Benjamin Franklin's lightning rod to Germany by installing such devices in his house and garden sheds.

Lichtenberg became a hunchback as a child owing to a malformation of his spine suffered from a fall. This left him unusually short, even by 18th-century standards. Over time, this malformation grew worse, ultimately affecting his breathing.

Lichtenberg had many romances. Most of the women were from poor families. In 1777, he met Maria Stechard, then aged 13, who lived with the professor permanently after 1780. She died in 1782. Their relationship was made into a novel by Gert Hofmann, which was translated by his son Michael Hofmann into English with the title Lichtenberg and the Little Flower Girl.

In 1799, Lichtenberg died in Göttingen after a short illness at the age of 56.

The "scrapbooks" Sudelbücher in German are notebooks Lichtenberg kept from his student days until the end of his life. Each volume was accorded a letter of the alphabet from A, which began in 1765, to L, which broke off at Lichtenberg's death in 1799.

These notebooks first became known to the world after the man's death, when the first and second editions of Lichtenbergs Vermischte Schriften 1800–06 and 1844–53 were published by his sons and brothers. After the initial publications, however, notebooks G and H, and most of notebook K, were destroyed or disappeared. Those missing parts are believed to have contained sensitive materials. The manuscripts of the remaining notebooks are preserved in Göttingen University.

The notebooks contain quotations of passages that struck Lichtenberg, titles of books to read, autobiographical sketches, and short or long reflections, including keen observations on human nature, in the manner of the 17th-century French moralists. Those reflections helped him earn his posthumous fame as one of the best aphorists in Western intellectual history. Some scholars have attempted to distill a system of thought of Lichtenberg's scattered musings, but he was not a professional philosopher, and had no need to present, or to conceive, a consistent philosophy.

The scrapbooks reveal a critical and analytical way of thinking and emphasis on experimental evidence in physics, through which he became one of the early founders and advocates of modern scientific methodology.

The more experience and experiments are accumulated during the exploration of nature, the more faltering its theories become. It is always good though not to abandon them instantly. For every hypothesis which used to be good at least serves the purpose of duly summarizing and keeping all phenomena until its own time. One should lay down the conflicting experience separately, until it has accumulated sufficiently to justify the efforts necessary to edifice a new theory. (Lichtenberg: scrapbook JII/1602)

Lichtenberg, an atheist, satirized religion saying "I thank the Lord a thousand times for having made me become an atheist."

Arthur Schopenhauer admired Lichtenberg greatly for what he had written in his notebooks. He called him one of those who "think ... for their own instruction", who are "genuine 'thinkers for themselves' in both senses of the words". Other admirers of Lichtenberg's notebooks include Friedrich Nietzsche, Sigmund Freud and Ludwig Wittgenstein.

Sigmund Freud in his "Why War?” letter to Albert Einstein mentioned Lichtenberg's invention of a "Compass of Motives" in a discussion on the combination of human compounded motives and quoted him as saying, "The motives that lead us to do anything might be arranged like the thirty-two winds and might be given names on the same pattern: for instance, 'food-food-fame' or 'fame-fame-food'.”

Lichtenberg is not read by many outside Germany. Leo Tolstoy held Lichtenberg's writings in high esteem, expressing his perplexity of "why the Germans of the present day neglect this writer so much." The Chinese scholar and wit Qian Zhongshu quotes the Waste books in his works several times.

As a satirist, Lichtenberg takes high rank among the German writers of the 18th century. His biting wit involved him in many controversies with well-known contemporaries, such as the Swiss physiognomist Johann Kaspar Lavater whose science of physiognomy he ridiculed, and Johann Heinrich Voss, whose views on Greek pronunciation called forth a powerful satire, Über die Pronunciation der Schöpse des alten Griechenlandes. For Laurence Sterne's wit on the bigotry of the clergy, in his novel Tristram Shandy, Lichtenberg condemned him as a scandalum ecclesiae a scandal for the Church.

In 1777, Lichtenberg opposed the apparent misrepresentation of science by Jacob Philadelphia. Lichtenberg considered him to be a magician, not a physicist, and created a satirical poster that was intended to prevent Philadelphia from performing his exhibition in Göttingen. The placard, called “Lichtenberg's Avertissement,” described extravagant and miraculous tricks that were to be performed. As a result, Philadelphia left the city without a performance.

Based on his visits to England, his Briefe aus England, with admirable descriptions of David Garrick's acting, are the most attractive of his writings published during his lifetime.

From 1778 onward, Lichtenberg published the Göttinger Taschen Calender and contributed to the Göttingisches Magazin der Wissenschaften und Literatur, which he edited for three years 1780–1782 with J. G. A. Forster. The Göttinger Taschen Calender, beside being a usual Calendar for everyday usage, contained not only short writings on natural phenomena and new scientific discoveries which would be termed popular science today, but also essays in which he contested quackery and superstition. It also contained attacks on the “Sturm und Drang” writers. In the spirit of the Age of Enlightenment, he strove to educate the common people to use logic, wit and the power of their own senses.

In 1784 he took over the publication of the textbook Anfangsgründe der Naturlehre "Foundations of the Natural Sciences" from his friend and colleague Johann Christian Erxleben upon his premature death in 1777. Until 1794, three further editions followed, which for many years, remained the standard textbook for physics in German.

From 1794 to 1799 he published an Ausführliche Erklärung der Hogarthischen Kupferstiche, in which he described the satirical details in William Hogarth's prints.

As a physicist, Lichtenberg is remembered for his investigations in electricity, for discovering branching discharge patterns on dielectrics, now called Lichtenberg figures. In 1777, he built a large electrophorus to generate static electricity through induction. One of the largest made, it was 2 m in diameter and could produce 38-cm sparks. With it, he discovered the basic principle of modern xerography copy machine technology. By discharging a high voltage point near an insulator, he was able to record strange, tree-like patterns in fixed dust. These Lichtenberg figures are considered today to be examples of fractals. A crater on the Moon is named Lichtenberg in his honour. His life and works are fictionalized in French novelist Pierre Senges's Fragments de Lichtenberg 2008; English translation, 2017.

He proposed the standardized paper size system used globally today except in Canada and the US defined by ISO 216, which has A4 as the most commonly used size.

Robert Wichard Pohl, a 20th-century successor of Lichtenberg in Göttingen and one of the founders of solid state physics used a similar research programme, in which the experiment was an essential part of narrating scientific knowledge.

Works published during his lifetime 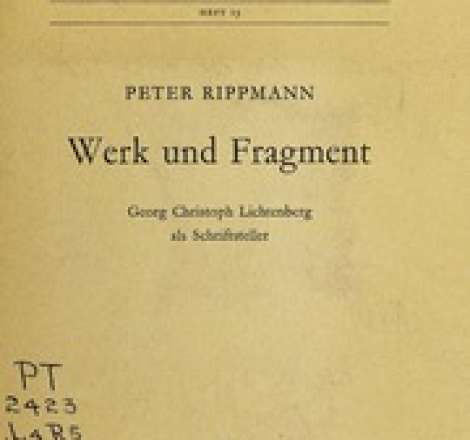 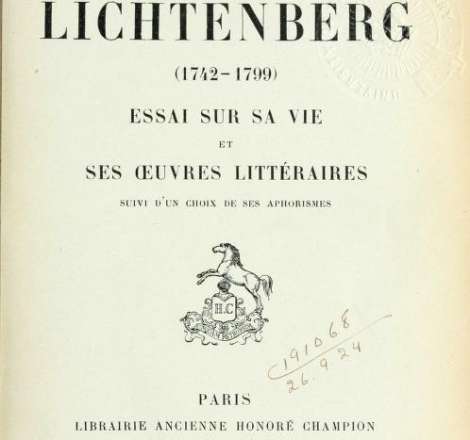 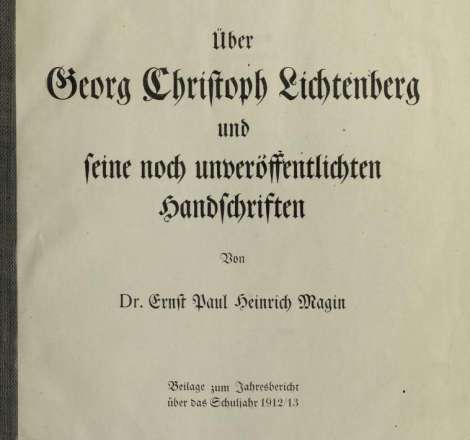 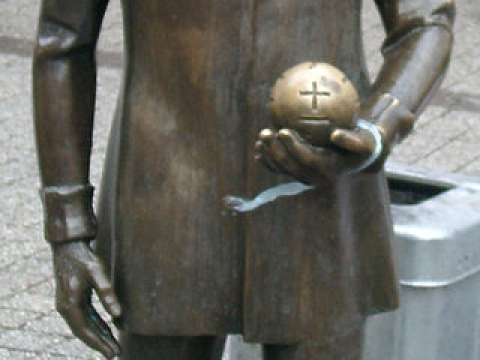 Lichtenberg's monument at the marketplace in Göttingen 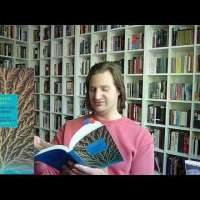 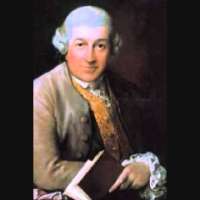 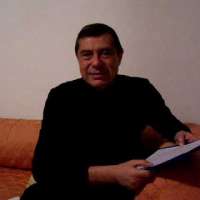 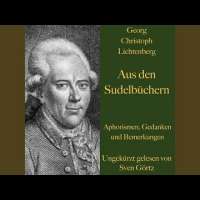 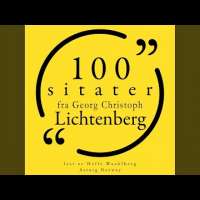 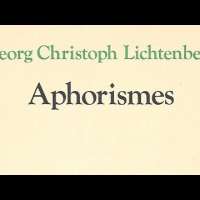 Georg Christoph Lichtenberg, APHORISMES
What Do You Think Of That Genius? 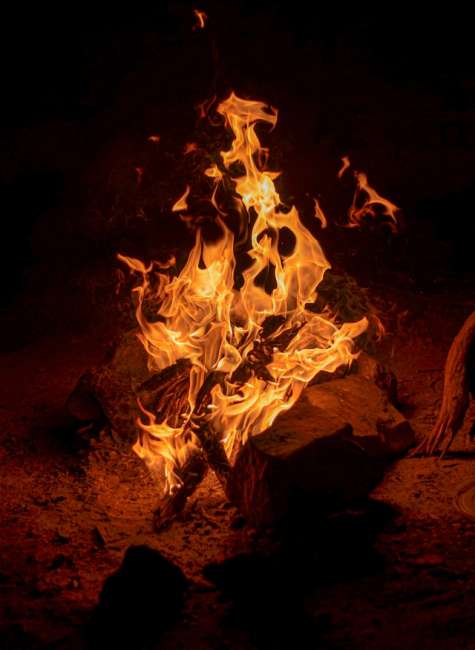 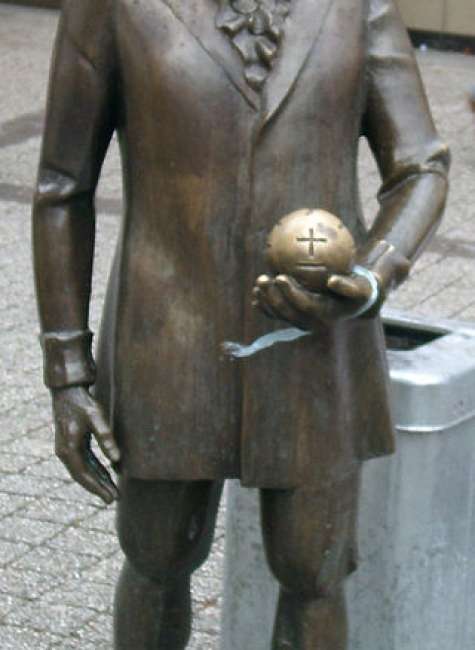 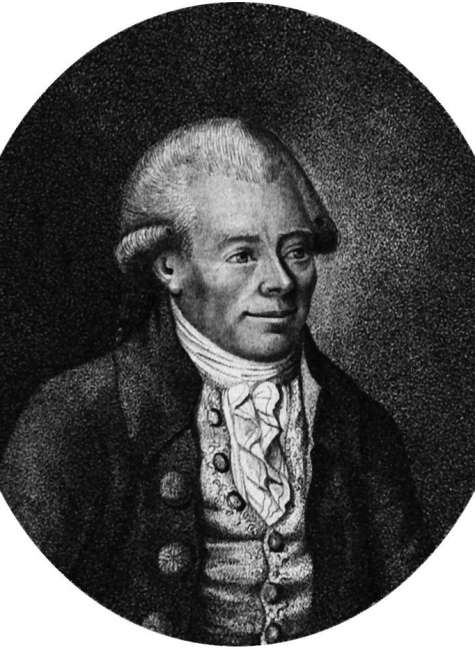