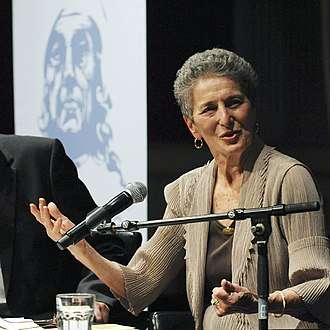 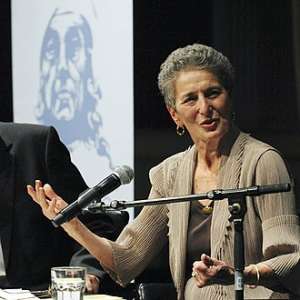 I have two goals. First, that readers be interested, drawn by a historical account, amused by its comic aspects, saddened by the tragic elements, captured by the possibilities of the past; and second, that readers be aware that there could be another way of looking at things besides the one I offer. I’m not giving a lesson or a sermon, I’m offering a dialogue, as I said before.

Natalie Zemon Davis is a Canadian and American historian of the early modern period. She is currently an Adjunct Professor of History and Anthropology and Professor of Medieval Studies at the University of Toronto in Canada. Her work originally focused on France, but has since broadened to include other parts of Europe, North America, and the Caribbean. For example, Trickster Travels 2006 views Italy, Spain, Morocco and other parts of North Africa and West Africa through the lens of Leo Africanus's pioneering geography. It has appeared in four translations, with three more on the way. Davis' books have all been translated into other languages: twenty-two for The Return of Martin Guerre. She was the second female president of the American Historical Association the first, Nellie Neilson, was in 1943 and someone who "has not lost the integrity and commitment to radical thought which marked her early career".

She has been awarded the Holberg International Memorial Prize and National Humanities Medal and been named Companion of the Order of Canada.

Natalie Zemon Davis was born in Detroit, Michigan in 1928 to a middle-class Jewish family. She traces her intellectual path to her Jewish heritage, although her work hasn't centered on Jewish issues. Davis attended Kingswood School Cranbrook and was subsequently educated at Smith College, Radcliffe College, Harvard University, and the University of Michigan, from which she received her PhD in 1959. In 1948, she married Chandler Davis.

She and Davis had difficulties in the U.S. during the era of the Red Scare. He lost his professorship in Michigan, and in the 1960s, they moved to Canada Toronto with their three children.

Natalie Davis' main interests are in social and cultural history, especially of those previously ignored by historians. She makes use of numerous sources such as judicial records, plays, notarial records, tax rolls, early printed books and pamphlets, autobiographies and folk tales.

In her book best known to the public, The Return of Martin Guerre 1983, she followed a celebrated case of a 16th-century impostor in a village in the Pyrénées so as to see how peasants thought about personal identity. Often linked with Carlo Ginzburg's microhistory The Cheese and the Worms about the radical miller Menocchio, Davis's book grew out of her experience as historical consultant for Daniel Vigne's film Le retour de Martin Guerre. Her book first appeared in French in 1982 at the same time as the premiere of the film.

Davis's interest in story-telling continued with her book, Fiction in the Archives: Pardon Tales and their Tellers in 16th-century France 1987, a study of the stories people of all classes told to the king to get pardoned for homicide in the days before manslaughter was a possible plea. In her Women on the Margins 1995, she looked at the autobiographical accounts of three 17th-century women—the Jewish merchant Glikl Hamel, the Catholic nun Marie de l'Incarnation, who came to New France, and the Protestant entomologist-artist Maria Sibylla Merian—and discussed the role of religion in their lives.

Her book on The Gift in Sixteenth-Century France 2000 is both a picture of gifts and bribes in the 16th century and a discussion of a viable mode of exchange different from the market. In Trickster Travels 2006, she describes how the early 16th-century North African Muslim "Leo Africanus" Hasan al-Wazzan managed to live as a Christian in Italy after he was kidnapped by Christian pirates and also sees his writings as an example of "the possibility of communication and curiosity in a world divided by violence." In 2017, she served as historical consultant for Wajdi Mouawad's new play Tous des Oiseaux that premiered in Paris at the Théâtre de La Colline. Set in present-day New York and Jerusalem, the play follows a German/Israeli family riven by conflict when the geneticist son wants to marry an Arab-American woman who is doing her doctoral dissertation on Hassan al-Wazzan/Leo Africanus, the subject of Davis' Trickster Travels Her book in-process, Braided Histories on 18th-century Suriname studies networks of communication and association among families, both slave and free, on the plantations of Christian and Jewish settlers.

Though Davis's historical writings are extensively researched, she sometimes resorts to speculation, using analogous evidence and inserting words like "perhaps" and phrases like "she may have thought." Some critics of her work find this troubling and think that this practice threatens the empirical base of the historian's profession. Davis's answer to this is suggested in her 1992 essay "Stories and the Hunger to Know", where she argues both for the role of interpretation by historians and their essential quest for evidence about the past: both must be present and acknowledged to keep people from claiming that they have an absolute handle on "truth". She opened her Women on the Margins with an imaginary dialogue, in which her three subjects upbraid her for her approach and for putting them in the same book. In her Slaves on Screen 2000, Davis maintains that feature films can provide a valuable way of telling about the past, what she calls "thought experiments", but only so long as they are connected with general historical evidence.

In 2010, Davis was awarded the Holberg International Memorial Prize, worth 4.5 million Norwegian kroner ~$700,000 US, for her narrative approach to the field of history. The awards citation described her as "one of the most creative historians writing today" who inspired younger generations of historians and promoted "cross-fertilization between disciplines". The citation said her compelling narrative "shows how particular events can be narrated and analyzed so as to reveal deeper historical tendencies and underlying patterns of thought and action".

In 2011, Davis was elected to the American Philosophical Society.

On 29 June 2012, Davis was named Companion of the Order of Canada, the highest class within the order.

On 10 July 2013, Davis was awarded the 2012 National Humanities Medal by President Barack Obama for "her insights into the study of history and her exacting eloquence in bringing the past into focus."

On 13 September 2013, Davis was awarded an honorary degree from the University of St Andrews. 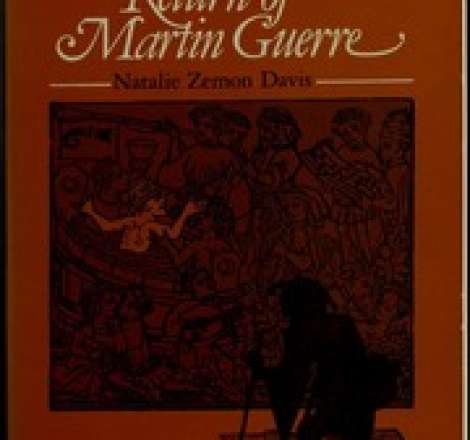 History
The return of Martin Guerre 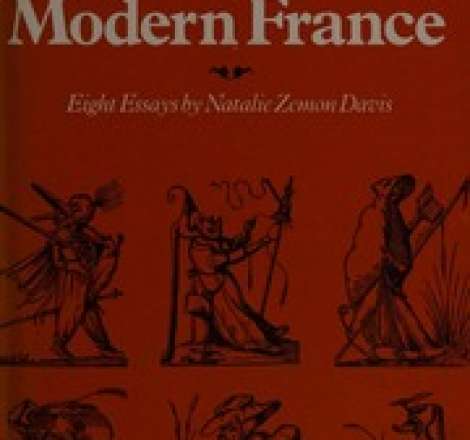 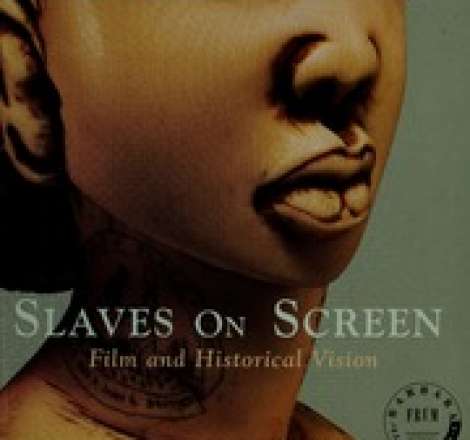 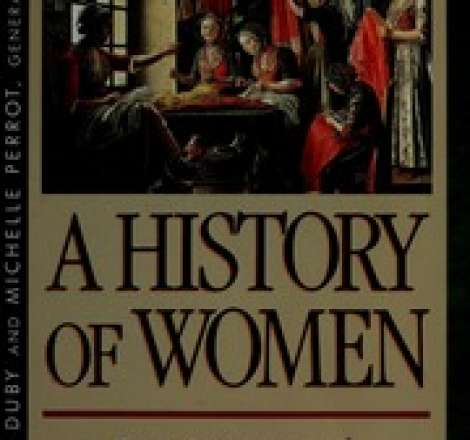 History
A history of women in the West 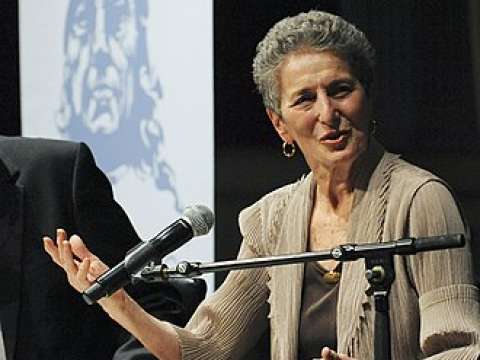 Davis at an event for the Holberg Prize in 2010 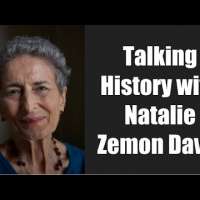 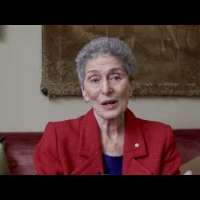 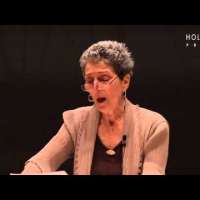 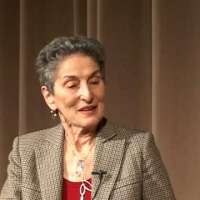 Natalie Zemon Davis at the Art Institute of Chicago 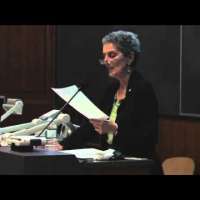 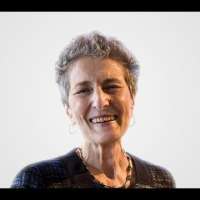 Natalie Zemon Davis: Dealing with Strangeness
What Do You Think Of That Genius?