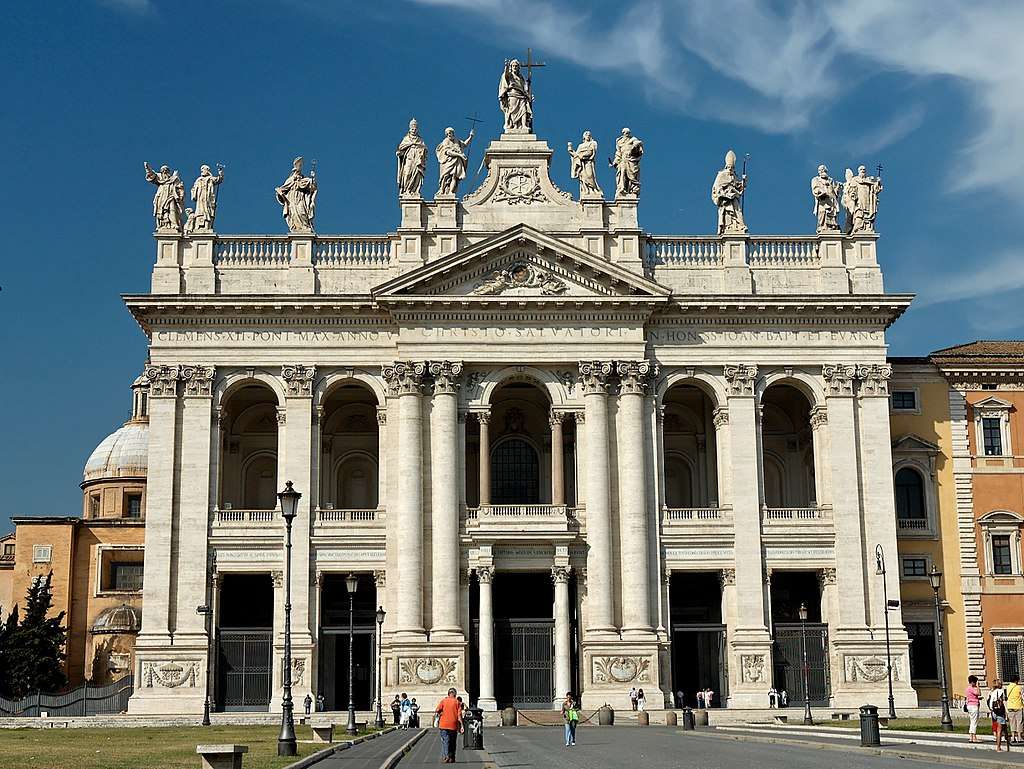 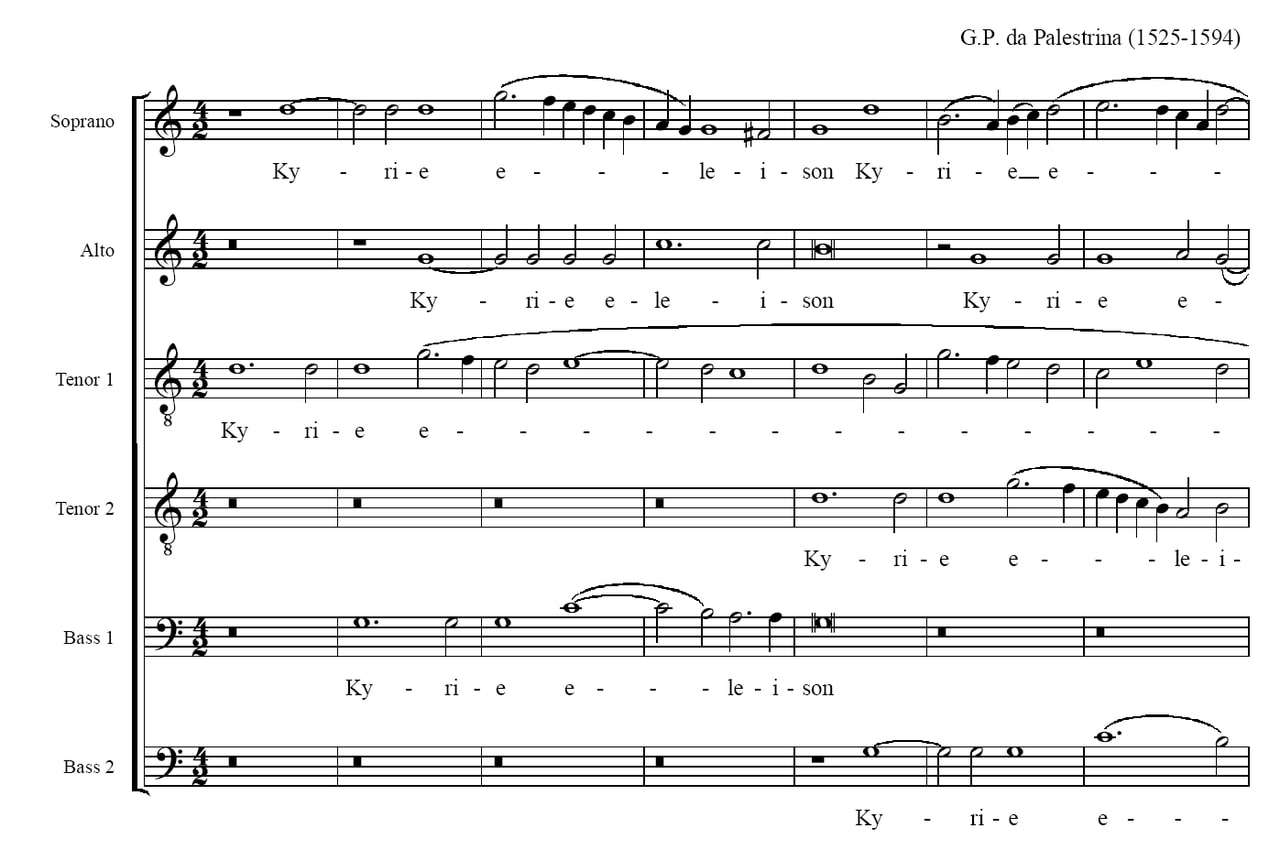 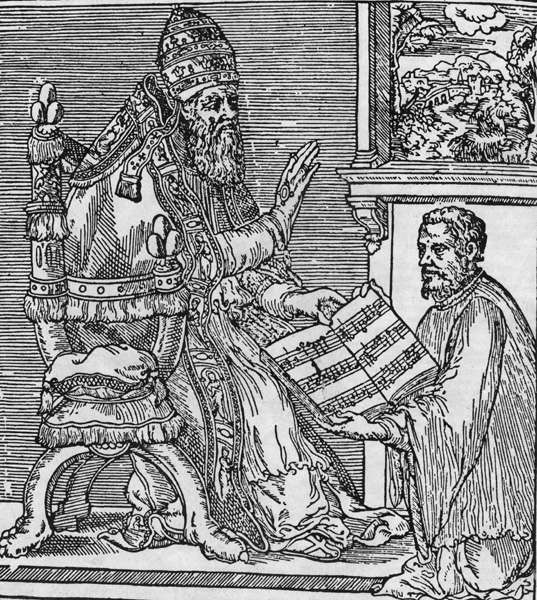 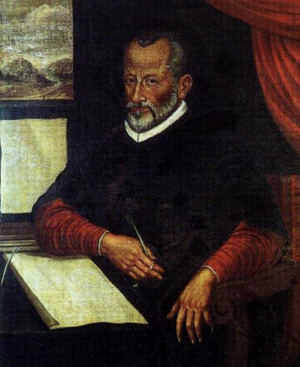 He is the real king of sacred music and the eternal father of Italian music.

Giovanni Pierluigi da Palestrina was an Italian Renaissance composer of sacred music and the best-known 16th-century representative of the Roman School of musical composition. He had a long-lasting influence on the development of church and secular music in Europe, especially on the development of counterpoint, and his work is considered the culmination of Renaissance polyphony.

Palestrina was born in the town of Palestrina, near Rome, then part of the Papal States to Neapolitan parents, Santo and Palma Pierluigi, in 1525, possibly on February 3. His mother died on 16 January 1536, when Palestrina was 10. Documents suggest that he first visited Rome in 1537, when he was listed as a chorister at the Santa Maria Maggiore basilica, Cathedral of the Diocese of Rome. He studied with Robin Mallapert and Firmin Lebel. He spent most of his career in the city.

Palestrina came of age as a musician under the influence of the northern European style of polyphony, which owed its dominance in Italy primarily to two influential Netherlandish composers, Guillaume Dufay and Josquin des Prez, who had spent significant portions of their careers there. Italy itself had yet to produce anyone of comparable fame or skill in polyphony.

From 1544 to 1551, Palestrina was the organist of the Cathedral of St. Agapito, the principal church of his native city. In 1551 Pope Julius III previously the Bishop of Palestrina appointed Palestrina maestro di cappella or musical director of the Cappella Giulia, Julian Chapel, in the sense of choir, the choir of the chapter of canons at St. Peter's Basilica. Palestrina dedicated to Julius III his first published compositions 1554, a book of Masses. It was the first book of Masses by a native composer, since in the Italian states of Palestrina's day, most composers of sacred music were from the Low Countries, France, or Spain. In fact the book was modelled on one by Cristóbal de Morales: the woodcut in the front is almost an exact copy of the one from the book by the Spanish composer.

During the next decade, Palestrina held positions similar to his Julian Chapel appointment at other chapels and churches in Rome, notably St. John Lateran 1555–1560, a post previously held by Lassus, and Santa Maria Maggiore 1561–1566. In 1571 he returned to the Julian Chapel and remained at St Peter's for the rest of his life. The decade of the 1570s was difficult for him personally: he lost his brother, two of his sons, and his wife in three separate outbreaks of the plague 1572, 1575, and 1580, respectively. He seems to have considered becoming a priest at this time, but instead he remarried, this time to a wealthy widow. This finally gave him financial independence he was not well paid as choirmaster and he was able to compose prolifically until his death.

He died in Rome of pleurisy on 2 February 1594. It is said that Palestrina died only one day before his 69th birthday. As was usual, Palestrina was buried on the same day he died, in a plain coffin with a lead plate on which was inscribed Libera me Domine. A five-part psalm for three choirs was sung at the funeral. Palestrina's funeral was held at St. Peter's, and he was buried beneath the floor of the basilica. His tomb was later covered by new construction and attempts to locate the site have been unsuccessful.

Palestrina left hundreds of compositions, including 105 masses, 68 offertories, at least 140 madrigals and more than 300 motets. In addition, there are at least 72 hymns, 35 magnificats, 11 litanies, and four or five sets of lamentations. The Gloria melody from Palestrina's Magnificat Tertii Toni 1591 is widely used today in the resurrection hymn tune, Victory The Strife Is O'er.

His attitude toward madrigals was somewhat enigmatic: whereas in the preface to his collection of Canticum canticorum Song of Songs motets 1584 he renounced the setting of profane texts, only two years later he was back in print with Book II of his secular madrigals some of these being among the finest compositions in the medium. He published just two collections of madrigals with profane texts, one in 1555 and another in 1586. The other two collections were spiritual madrigals, a genre beloved by the proponents of the Counter-Reformation.

Palestrina's masses show how his compositional style developed over time. His Missa sine nomine seems to have been particularly attractive to Johann Sebastian Bach, who studied and performed it while writing the Mass in B minor. Most of Palestrina's masses appeared in thirteen volumes printed between 1554 and 1601, the last seven published after his death.

One of his most important works, the Missa Papae Marcelli Pope Marcellus Mass, has been historically associated with erroneous information involving the Council of Trent. According to this tale which forms the basis of Hans Pfitzner's opera Palestrina, it was composed in order to persuade the Council of Trent that a draconian ban on the polyphonic treatment of text in sacred music as opposed, that is, to a more directly intelligible homophonic treatment was unnecessary. However, more recent scholarship shows that this mass was in fact composed before the cardinals convened to discuss the ban possibly as much as 10 years before. Historical data indicates that the Council of Trent, as an official body, never actually banned any church music and failed to make any ruling or official statement on the subject. These stories originated from the unofficial points-of-view of some Council attendees who discussed their ideas with those not privy to the Council's deliberations. Those opinions and rumors have, over centuries, been transmuted into fictional accounts, put into print, and often incorrectly taught as historical fact. While Palestrina's compositional motivations are not known, he may have been quite conscious of the need for intelligible text; however, this was not to conform with any doctrine of the Counter-Reformation, because no such doctrine exists. His characteristic style remained consistent from the 1560s until the end of his life. Roche's hypothesis that Palestrina's seemingly dispassionate approach to expressive or emotive texts could have resulted from his having to produce many to order, or from a deliberate decision that any intensity of expression was unbecoming in church music, reflects modern expectations about expressive freedom and underestimates the extent to which the mood of Palestrina's settings is adapted to the liturgical occasions for which the texts were set, rather than the line-by-line meaning of the text, and depends on the distinctive characters of the church modes and variations in vocal grouping for expressive effect. Performing editions and recordings of Palestrina have tended to favour his works in the more familiar modes and standard SATB voicings, under-representing the expressive variety of his settings.

One of the hallmarks of Palestrina's music is that dissonances are typically relegated to the "weak" beats in a measure. This produced a smoother and more consonant type of polyphony which is now considered to be definitive of late Renaissance music, given Palestrina's position as Europe's leading composer along with Orlande de Lassus and Victoria in the wake of Josquin des Prez d. 1521.

The "Palestrina style" taught in college courses covering Renaissance counterpoint is often based on the codification by the 18th-century composer and theorist Johann Joseph Fux, published as Gradus ad Parnassum Steps to Parnassus, 1725. Citing Palestrina as his model, Fux divided counterpoint into five species hence the term "species counterpoint", designed as exercises for the student, which deployed progressively more elaborate rhythmic combinations of voices while adhering to strict harmonic and melodic requirements. The method was widely adopted and was the main basis of contrapuntal training in the 19th century, but Fux had introduced a number of simplifications to the Palestrina style, notably the obligatory use of a cantus firmus in semibreves, which were corrected by later authors such as Knud Jeppesen and R. O. Morris. Palestrina's music conforms in many ways to Fux's rules, particularly in the fifth species but does not fit his pedagogical format.

The main insight, that the "pure" style of polyphony achieved by Palestrina followed an invariable set of stylistic and combinational requirements, was justified. Fux's manual was endorsed by his contemporary J.S. Bach, who himself arranged two of Palestrina's masses for performance.

According to Fux, Palestrina had established and followed these basic guidelines:

Fux omits to mention the manner in which the musical phrasing of Palestrina followed the syntax of the sentences he was setting to music, something not always observed by earlier composers. Also to be noticed in Palestrina is a great deal of tone painting. Elementary examples of this are descending musical motion with Latin words like descendit descends or of a static musical or cadential moment with the words de coelis from heaven.

Palestrina was extremely famous in his day, and if anything, his reputation and influence increased after his death. J.S. Bach studied and hand-copied Palestrina's first book of Masses, and in 1742 wrote his own adaption of the Kyrie and Gloria of the Missa sine nomine. Felix Mendelssohn placed him in the pantheon of the greatest musicians, writing, "I always get upset when some praise only Beethoven, others only Palestrina and still others only Mozart or Bach. All four of them, I say, or none at all.".

Conservative music of the Roman school continued to be written in Palestrina's style which in the 17th century came to be known as the prima pratica by such students of his as Giovanni Maria Nanino, Ruggiero Giovanelli, Arcangelo Crivelli, Teofilo Gargari, Francesco Soriano, and Gregorio Allegri. As late as the 1750s, Palestrina's style was still the reference for composers working in the motet form, as can be seen by Francesco Barsanti's Sei Antifones 'in the style of Palestrina' c. 1750; published by Welcker, c. 1762.

Much research on Palestrina was done in the 19th century by Giuseppe Baini, who published a monograph in 1828 which made Palestrina famous again and reinforced the already existing legend that he was the "Saviour of Church Music" during the reforms of the Council of Trent.

20th and 21st century scholarship by and large retains the view that Palestrina was a strong and refined composer whose music represents a summit of technical perfection. Contemporary analysis highlighted the modern qualities in the compositions of Palestrina such as research of color and sonority, use of sonic grouping in large-scale setting, interest in vertical as well as horizontal organization, studied attention to text setting. These unique characteristics, together with effortless delivery and an indefinable "otherness", constitute to this day the attraction of Palestrina's work.

In 2009 a film about the composer was produced by German television ZDF/Arte. Title: Palestrina - Prince of Music, directed by Georg Brintrup. 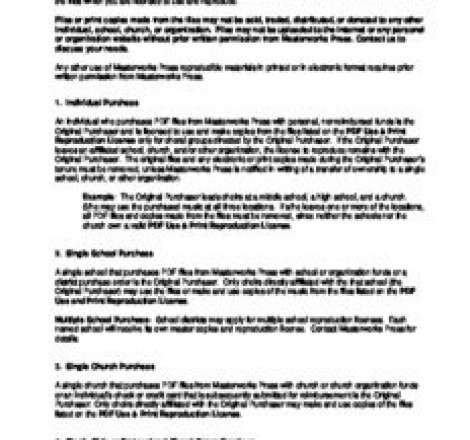 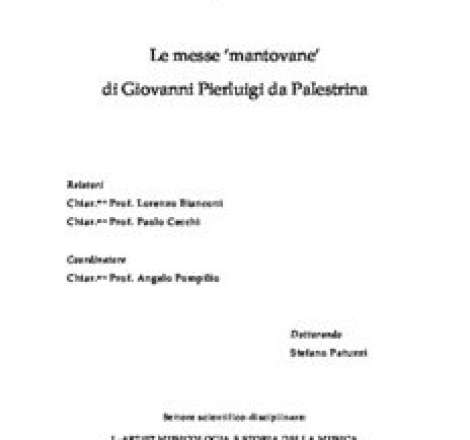 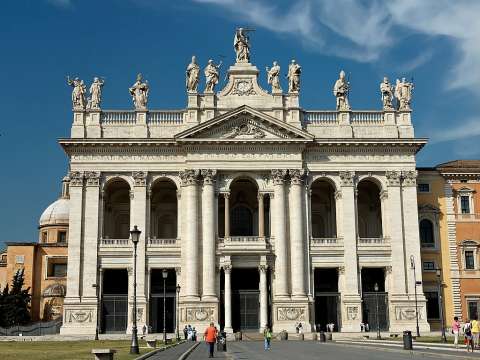 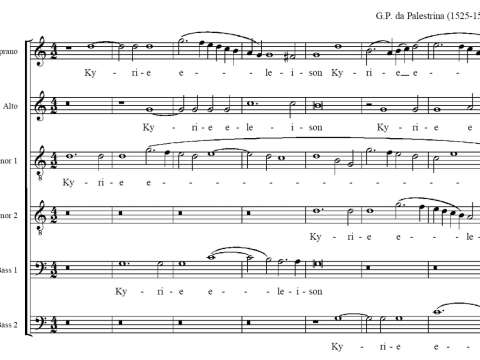 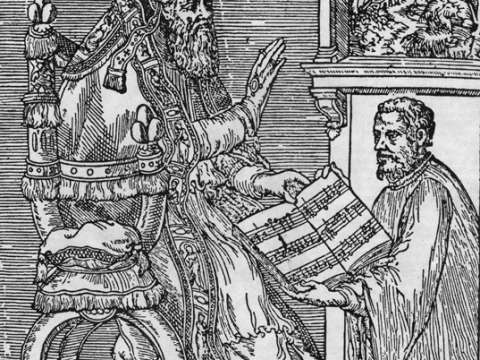 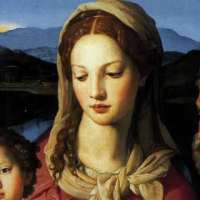 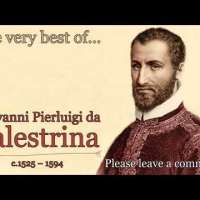 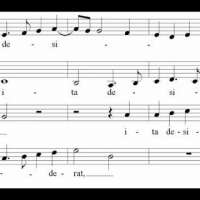 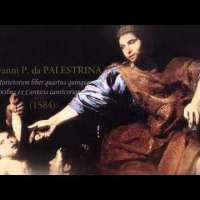 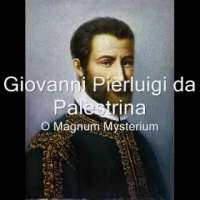 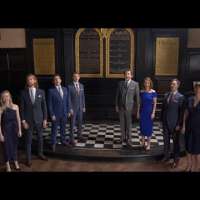 VOCES8: Magnificat Primi Toni - Giovanni Pierluigi da Palestrina
What Do You Think Of That Genius?