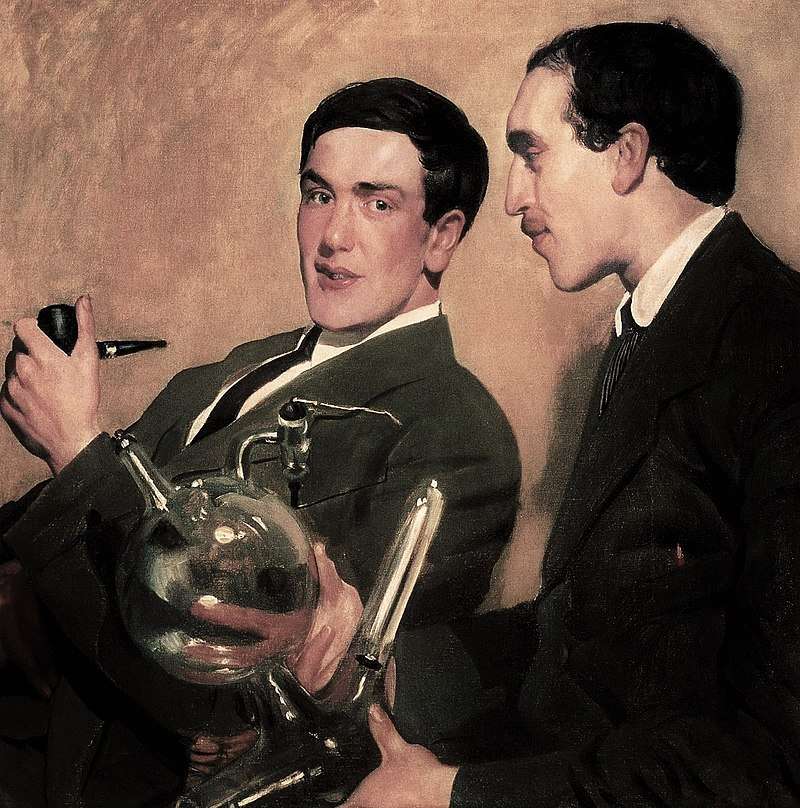 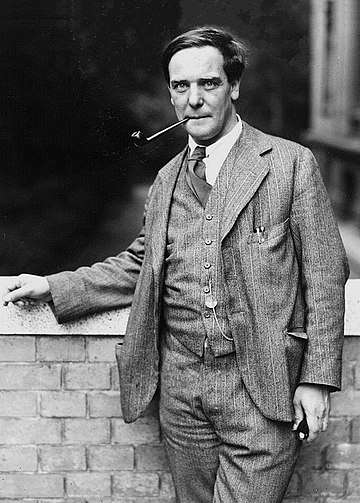 Pyotr Leonidovich Kapitsa or Peter Kapitza was a leading Soviet physicist and Nobel laureate, best known for his work in low-temperature physics.

Kapitsa's studies were interrupted by the First World War, in which he served as an ambulance driver for two years on the Polish front. He graduated from the Petrograd Polytechnical Institute in 1918. His wife and two children died in the flu epidemic of 1918–19. He subsequently studied in Britain, working for over ten years with Ernest Rutherford in the Cavendish Laboratory at the University of Cambridge, and founding the influential Kapitza club. He was the first director 1930–34 of the Mond Laboratory in Cambridge.

In 1934 Kapitsa returned to Russia to visit his parents but the Soviet Union prevented him from travelling back to Great Britain.

As his equipment for high-magnetic field research remained in Cambridge although later Ernest Rutherford negotiated with the British government the possibility of shipping it to the USSR, he changed the direction of his research to the study of low temperature phenomena, beginning with a critical analysis of the existing methods for achieving low temperatures. In 1934 he developed new and original apparatus based on the adiabatic principle for making significant quantities of liquid helium.

Kapitsa formed the Institute for Physical Problems, in part using equipment which the Soviet government bought from the Mond Laboratory in Cambridge with the assistance of Rutherford, once it was clear that Kapitsa would not be permitted to return.

In Russia, Kapitsa began a series of experiments to study liquid helium, leading to the discovery in 1937 of its superfluidity not to be confused with superconductivity. He reported the properties of this new state of matter in a series of papers, for which he was later awarded the Nobel Prize in Physics "for basic inventions and discoveries in the area of low-temperature physics".

In 1939 he developed a new method for liquefaction of air with a low-pressure cycle using a special high-efficiency expansion turbine. Consequently, during World War II he was assigned to head the Department of Oxygen Industry attached to the USSR Council of Ministers, where he developed his low-pressure expansion techniques for industrial purposes. He invented high power microwave generators 1950–1955 and discovered a new kind of continuous high pressure plasma discharge with electron temperatures over 1,000,000 K.

In November 1945, Kapitsa quarreled with Lavrentiy Beria, head of the NKVD and in charge of the Soviet atomic bomb project, writing to Joseph Stalin about Beria's ignorance of physics and his arrogance. Stalin backed Kapitsa, telling Beria he had to cooperate with the scientists. Kapitsa refused to meet Beria: "If you want to speak to me, then come to the Institute." Stalin offered to meet Kapitsa, but this never happened.

Immediately after the war, a group of prominent Soviet scientists including Kapitsa in particular lobbied the government to create a new technical university, the Moscow Institute of Physics and Technology. Kapitsa taught there for many years. From 1957, he was also a member of the presidium of the Soviet Academy of Sciences and at his death in 1984 was the only presidium member who was not also a member of the Communist Party.

In 1966, Kapitsa was allowed to visit Cambridge to receive the Rutherford Medal and Prize. While dining at his old college, Trinity, he found he did not have the required gown. He asked to borrow one, but a college servant asked him when he last dined at high table, "Thirty-two years" replied Kapitza. Within moments the servant-returned, not with any gown, but Kapitsa's own.

In 1978, Kapitsa won the Nobel Prize in Physics "for his basic inventions and discoveries in the area of low-temperature physics" and was also cited for his long term role as a leader in the development of this area. He shared the prize with Arno Allan Penzias and Robert Woodrow Wilson, who won for discovering the cosmic microwave background.

Kapitsa resistance is the thermal resistance which causes a temperature discontinuity at the interface between liquid helium and a solid. The Kapitsa–Dirac effect is a quantum mechanical effect consisting of the diffraction of electrons by a standing wave of light. In fluid dynamics, the Kapitza number is a dimensionless number characterizing the flow of thin films of fluid down an incline.

Kapitsa was married in 1927 to Anna Alekseevna Krylova 1903-1996, daughter of applied mathematician A.N. Krylov. They had two sons, Sergey and Andrey. Sergey Kapitsa 1928–2012 was a physicist and demographer. He was also the host of the popular and long-running Russian scientific TV show Evident, but Incredible. Andrey Kapitsa 1931–2011 was a geographer. He was credited with the discovery and naming of Lake Vostok, the largest subglacial lake in Antarctica, which lies 4,000 meters below the continent's ice cap.

A minor planet, 3437 Kapitsa, discovered by Soviet astronomer Lyudmila Georgievna Karachkina in 1982, is named after him. He was elected a Fellow of the Royal Society FRS in 1929. In 1958 he was elected a Member of the German Academy of Sciences Leopoldina. 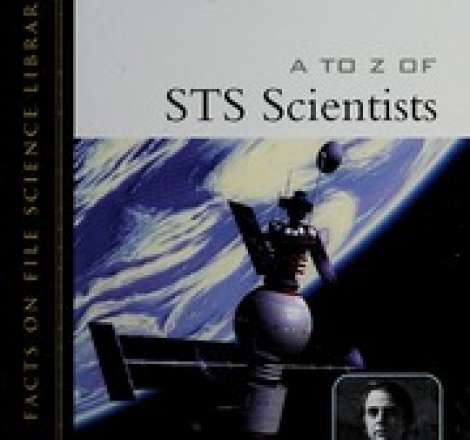 Physics
A to Z of STS scientists 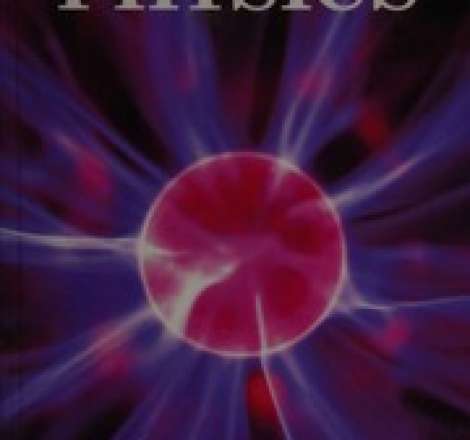 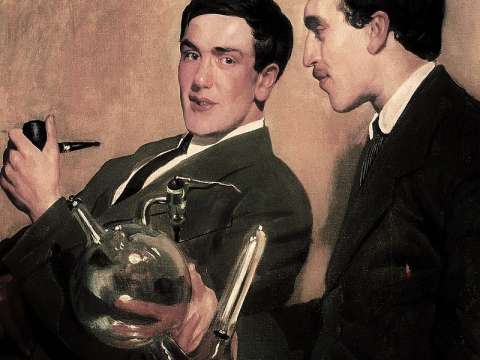 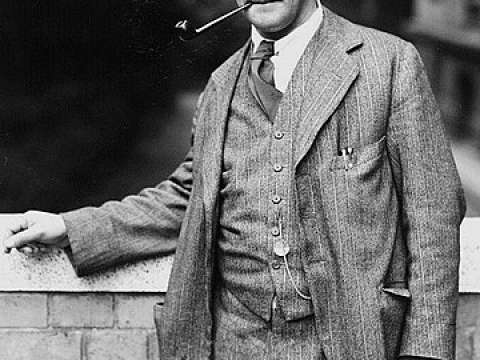 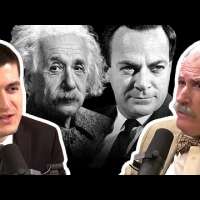 If It's Complicated, It's Probably Wrong (Feynman, Einstein, Kapitsa, Landau) 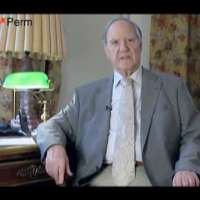 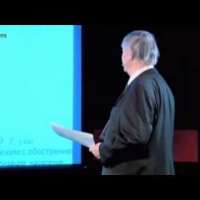 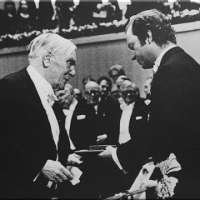 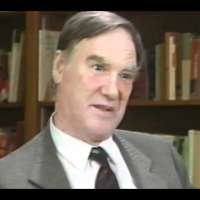 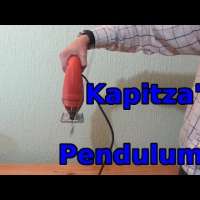 Kapitza's Pendulum
What Do You Think Of That Genius?