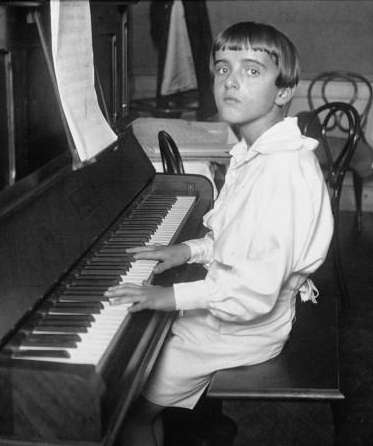 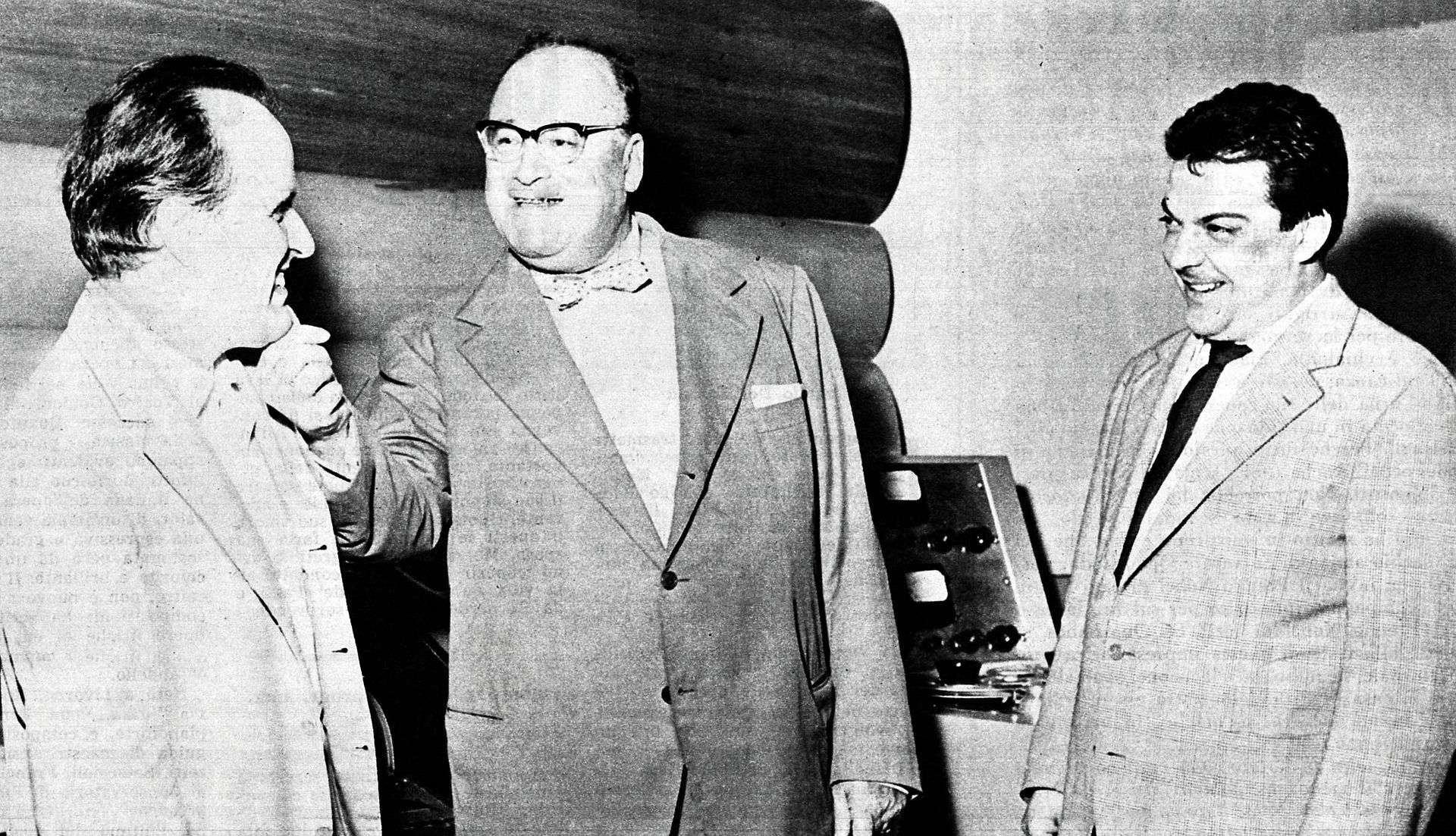 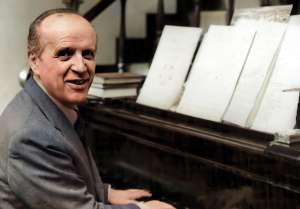 When I'm creating at the piano, I tend to feel happy; but - the eternal dilemma - how can we be happy amid the unhappiness of others? I'd do everything I could to give everyone a moment of happiness. That's what's at the heart of my music.

Giovanni Rota Rinaldi, better known as Nino Rota , was an Italian composer, pianist, conductor and academic who is best known for his film scores, notably for the films of Federico Fellini and Luchino Visconti. He also composed the music for two of Franco Zeffirelli's Shakespeare films, and for the first two films of Francis Ford Coppola's Godfather trilogy, receiving the Academy Award for Best Original Score for The Godfather Part II 1974.

During his long career, Rota was an extraordinarily prolific composer, especially of music for the cinema. He wrote more than 150 scores for Italian and international productions from the 1930s until his death in 1979 — an average of three scores each year over a 46-year period, and in his most productive period from the late 1940s to the mid-1950s he wrote as many as ten scores every year, and sometimes more, with a remarkable thirteen film scores to his credit in 1954. Alongside this great body of film work, he composed ten operas, five ballets and dozens of other orchestral, choral and chamber works, the best known being his string concerto. He also composed the music for many theatre productions by Visconti, Zeffirelli and Eduardo De Filippo as well as maintaining a long teaching career at the Liceo Musicale in Bari, Italy, where he was the director for almost 30 years.

Rota was born Giovanni Rota Rinaldi on 3 December 1911, into a musical family in Milan. Rota was a renowned child prodigy — his first oratorio, L'infanzia di San Giovanni Battista, was written at age 11 and performed in Milan and Paris as early as 1923; his three-act lyrical comedy after Hans Christian Andersen, Il Principe Porcaro, was composed when he was just 13 and published in 1926. He studied at the Milan conservatory there under Giacomo Orefice and then undertook serious study of composition under Ildebrando Pizzetti and Alfredo Casella at the Santa Cecilia Academy in Rome, graduating in 1930.

Encouraged by Arturo Toscanini, Rota moved to the United States where he lived from 1930 to 1932. He won a scholarship to the Curtis Institute of Philadelphia, where he was taught conducting by Fritz Reiner and had Rosario Scalero as an instructor in composition. Returning to Milan, he wrote a thesis on the Renaissance composer Gioseffo Zarlino. Rota earned a degree in literature from the University of Milan, graduating in 1937, and began a teaching career that led to the directorship of the Liceo Musicale in Bari, a title he held from 1950 until 1978.

Nino Rota wrote the score for the film The Glass Mountain in 1949. Notable was the singing of Tito Gobbi, one of the world's greatest baritones. The film won a number of awards.

In his entry on Rota in the 1988 edition of The Concise Baker's Biographical Dictionary of Composers and Musicians, music scholar Nicolas Slonimsky described him as "brilliant" and stated that his musical style:

... demonstrates a great facility and even felicity, with occasional daring excursions into dodecaphony. However his most durable compositions are related to his music for the cinema; he composed the sound tracks of a great number of films of the Italian director Federico Fellini covering the period from 1950 to 1979.

Furthermore, one of his compositional habits in particular came up for disapproving remarks: his penchant for pastiche of various past styles, which quite often turned into outright quotation of his own earlier music or even others' music. One of the most noticed examples of such incorporation is his use of the Larghetto from Dvorák's Serenade for Strings in E major as a theme for a character in Fellini's La Strada.

During the 1940s, Rota composed scores for more than 32 films, including Renato Castellani's Zaza  1944. His association with Fellini began with Lo sceicco bianco The White Sheik 1952, followed by I vitelloni 1953 and La strada The Road 1954. They continued to work together for decades, and Fellini recalled:

The most precious collaborator I have ever had, I say it straightaway and don't even have to hesitate, was Nino Rota — between us, immediately, a complete, total, harmony ... He had a geometric imagination, a musical approach worthy of celestial spheres. He thus had no need to see images from my movies. When I asked him about the melodies he had in mind to comment one sequence or another, I clearly realized he was not concerned with images at all. His world was inner, inside himself, and reality had no way to enter it.

The relationship between Fellini and Rota was so strong that even at Fellini's funeral Giulietta Masina, Fellini's wife, asked trumpeter Mauro Maur to play Rota's Improvviso dell'Angelo in the Basilica di Santa Maria degli Angeli e dei Martiri in Rome.

The American Film Institute ranked Rota's score for The Godfather #5 on their list of the greatest film scores. After being nominated for an Academy Award for this score, the nomination was later revoked when it was discovered that Rota recycled a theme from a previous score, one he wrote two decades prior for the film Fortunella and thus no longer considered original despite being played differently. The nomination was then given to Charlie Chaplin and two co-authors for their score featured in Limelight, a 21-year-old film that had just become eligible because it had not been screened in Los Angeles until 1972, which went on to win the award. His score for War and Peace was also nominated for the list. In all, Rota wrote scores to more than 150 films.

Rota wrote numerous concerti and other orchestral works as well as piano, chamber and choral music, much of which has been recorded and released on CD. After his death from heart failure in 1979, Rota's music was the subject of Hal Willner's 1981 tribute album Amarcord Nino Rota, which featured several at the time relatively unknown but now famous jazz musicians.

Gus Van Sant used some of Rota's music in his 2007 film Paranoid Park and director Michael Winterbottom used several Rota selections in the 2005 film Tristram Shandy: A Cock and Bull Story. Danny Elfman frequently cites Nino Rota as a major influence particularly on his scores for the Pee-Wee films. Director Mario Monicelli filmed a documentary Un amico magico: il maestro Nino Rota which featured interviews with Franco Zeffirelli and Riccardo Muti a student under Rota at Bari Conservatory, and was followed by a German documentary Nino Rota - Un maestro della musica. Both explored film and concert sides of the composer.

His 1955 opera Il cappello di paglia di Firenze The Florentine Straw Hat is an adaptation of the play by Eugène Labiche and was presented by the Santa Fe Opera in 1977. In 2005 his opera Aladino e la lampada magica Aladdin and the Magical Lamp, with Cosmin Ifrim in the title role, was performed in German translation at the Vienna State Opera and released on DVD. Il cappello di paglia di Firenze and Aladino e la lampada magica are regularly staged in Europe as are many symphonic and chamber titles

Written for a radio production by RAI in 1950, his short opera, I due timidi The Two Timid Ones, was presented by the Santa Fe Opera as part of their pre-season "One-Hour Opera" program in May/June 2008.

Rota had one daughter, Nina Rota, from a relationship with pianist Magda Longari. He died, age 67, from a coronary thrombosis in Rome. 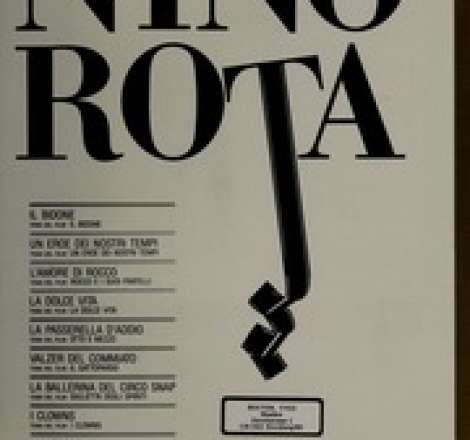 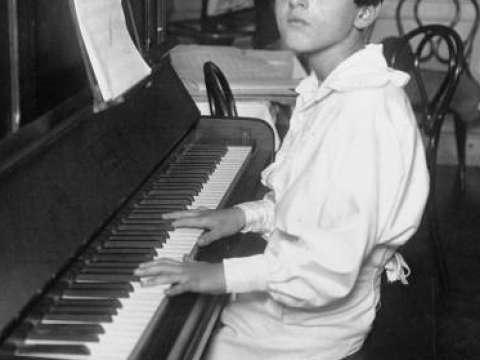 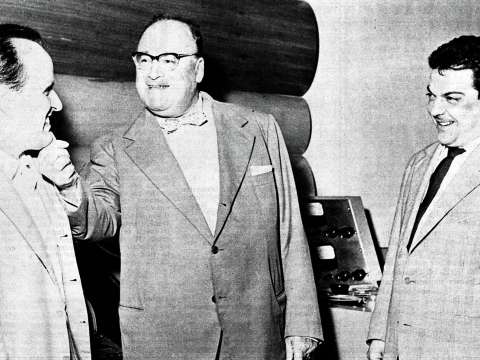 Rota (left) with Riccardo Bacchelli and Bruno Maderna in 1963 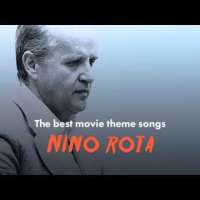 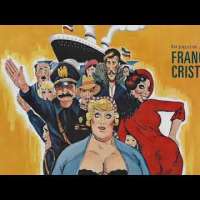 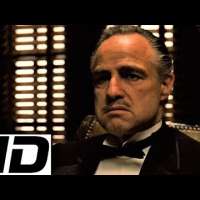 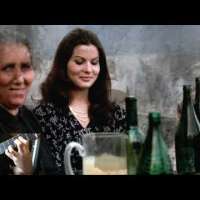 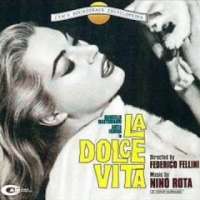 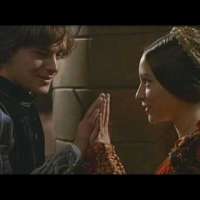 Nino Rota - Romeo And Juliet (1968) Theme
What Do You Think Of That Genius? 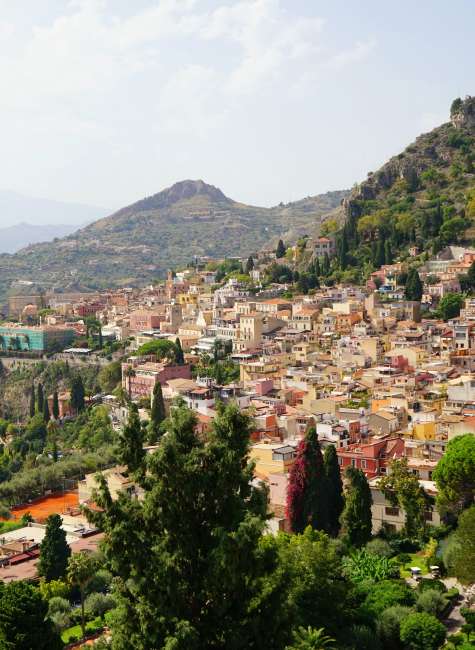 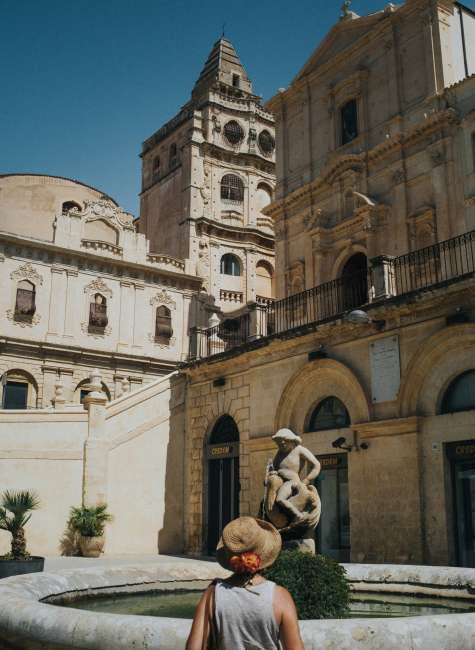 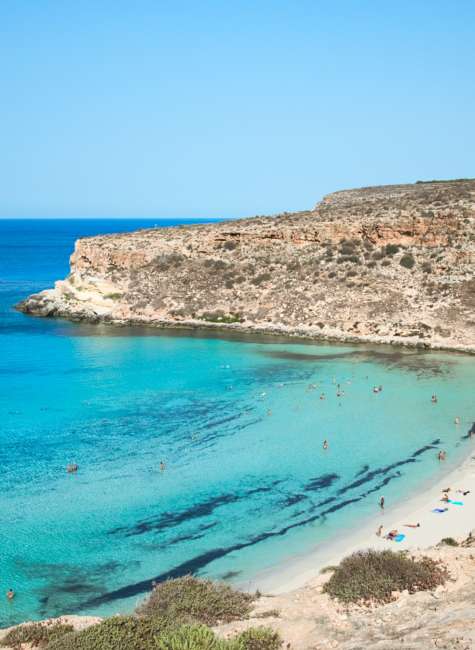 Music
The other Rota
newcriterion.com
0 Comments