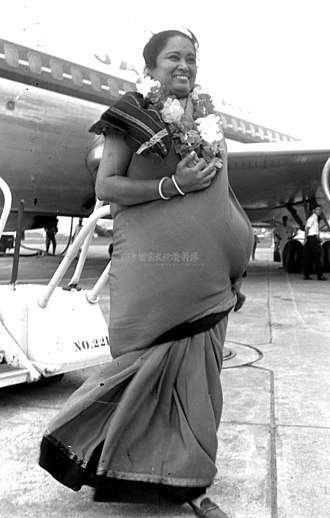 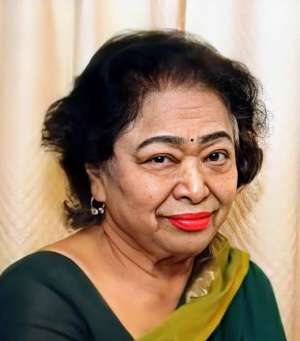 Shakuntala Devi was an Indian writer and mental calculator, popularly known as the "Human Computer". Devi strove to simplify numerical calculations for students. Her talent earned her a place in the 1982 edition of The Guinness Book of World Records. However, the certificate for the record was given posthumously on 30 July 2020, despite Devi achieving her world record on 18 June 1980 at Imperial College, London. Devi was a precocious child and she demonstrated her arithmetic abilities at the University of Mysore without any formal education.

Devi wrote a number of books in her later years, including novels as well as texts about mathematics, puzzles, and astrology. She wrote the book The World Of Homosexuals, which is considered the first study of homosexuality in India. She saw homosexuality in a positive light and is considered a pioneer in the field.

Shakuntala Devi was born in Bangalore, Karnataka to a Kannada Brahmin family. Her father, C V Sundararaja Rao, worked as a trapeze artist, lion tamer, tightrope walker and magician in a circus. He discovered his daughter's ability to memorize numbers while teaching her a card trick when she was about three years old. Her father left the circus and took her on road shows that displayed her ability at calculation. She did this without any formal education. At the age of six she demonstrated her arithmetic abilities at the University of Mysore.

Devi travelled to several countries around the world demonstrating her arithmetic talents. She was on a tour of Europe throughout 1950 and was in New York City in 1976. In 1988, she travelled to the US to have her abilities studied by Arthur Jensen, a professor of educational psychology at the University of California, Berkeley. Jensen tested her performance at several tasks, including the calculation of large numbers. Examples of the problems presented to Devi included calculating the cube root of 61,629,875 and the seventh root of 170,859,375. Jensen reported that Devi provided the solution to the above mentioned problems 395 and 15, respectively before Jensen could copy them down in his notebook. Jensen published his findings in the academic journal Intelligence in 1990.

In 1977, at Southern Methodist University, she gave the 23rd root of a 201-digit number in 50 seconds. Her answer 546,372,891 was confirmed by calculations done at the US Bureau of Standards by the UNIVAC 1101 computer, for which a special program had to be written to perform such a large calculation, which took a longer time than for her to do the same.

On 18 June 1980, she demonstrated the multiplication of two 13-digit numbers – 7,686,369,774,870 × 2,465,099,745,779. These numbers were picked at random by the Department of Computing at Imperial College London. She correctly answered 18,947,668,177,995,426,462,773,730 in 28 seconds, which was the time taken by her to speak the answer. This event was recorded in the 1982 Guinness Book of World Records. Writer Steven Smith commented, "the result is so far superior to anything previously reported that it can only be described as unbelievable." In a 2009 interview, Devi recalled Indira Gandhi telling her "Shakuntala, remember I've got so many ambassadors all over the world but you're a very special ambassador because you're a roving ambassador, a mathematical ambassador, who can win friends for India and build up close relationship between country to country."

Shakuntala Devi explained many of the methods she used to do mental calculations in her book Figuring: The Joy of Numbers, which is still in print.

In 1977, she wrote The World of Homosexuals, the first published academic study of homosexuality in India, for which she was criticized. In the documentary For Straights Only, she said that her interest in the topic was because of her marriage to a homosexual man and her desire to look at homosexuality more closely to understand it.

The book, considered "pioneering", features interviews with two young Indian homosexual men, a male couple in Canada seeking legal marriage, a temple priest who explains his views on homosexuality, and a review of the existing literature on homosexuality. It ends with a call for decriminalization of homosexuality, and "full and complete acceptance—not tolerance and sympathy". The book, however, went mostly unnoticed at that time.

Devi returned to India in the mid-1960s and married Paritosh Banerji, an officer of the Indian Administrative Service from Kolkata. They divorced in 1979 due to personal problems. In 1980, she contested the Lok Sabha elections as an independent candidate for Mumbai South and for Medak in Andhra Pradesh now in Telangana. In Medak she stood against the former Prime Minister Indira Gandhi, saying she wanted to "defend the people of Medak from being fooled by Mrs. Gandhi"; she came ninth, with 6,514 votes 1.47% of the votes. Devi returned to Bangalore in the early 1980s.

In addition to her work as a mental calculator, Devi was a notable astrologer and an author of several books, including cookbooks and novels. She started with writing short stories and murder mysteries, and had a keen interest in music.

In April 2013, Devi was admitted to a hospital in Bangalore with severe respiratory problems. Over the following two weeks she suffered from heart and kidney complications. She died in hospital on 21 April 2013. She was 83 years old. She has a daughter Anupama Banerji, who is married with two daughters and lives in London.

On 4 November 2013, Devi was honoured with a Google Doodle on what would have been her 84th birthday.

A film on her life titled Shakuntala Devi was announced in May 2019. The film stars Vidya Balan in the lead role and features Sanya Malhotra, Amit Sadh, and Jisshu Sengupta. Produced by Sony Pictures Networks Productions, the film streamed worldwide on Amazon Prime Video on 31 July 2020. 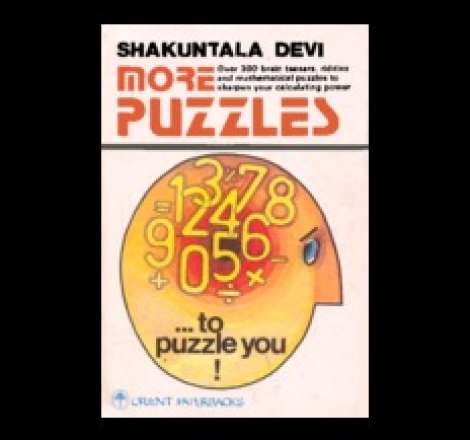 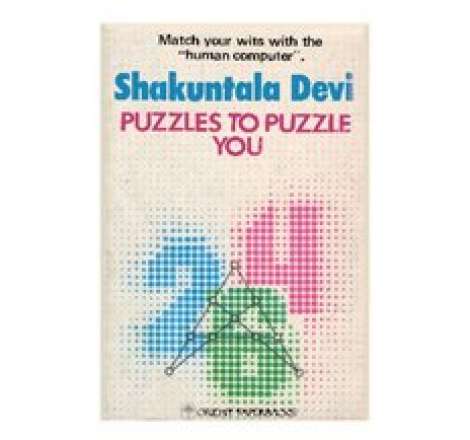 Mathematics
Puzzles to Puzzle You 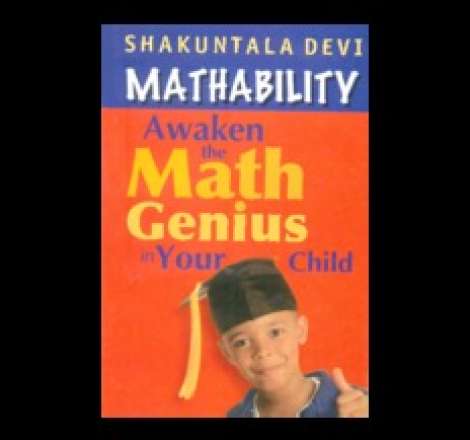 Mathematics
Mathability - Awaken The Math Genius In Your Child 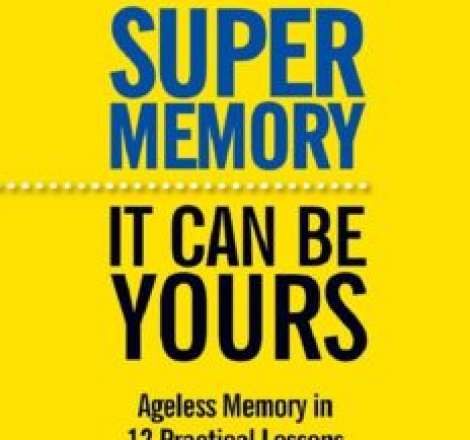 Mathematics
Super memory: it can be yours! 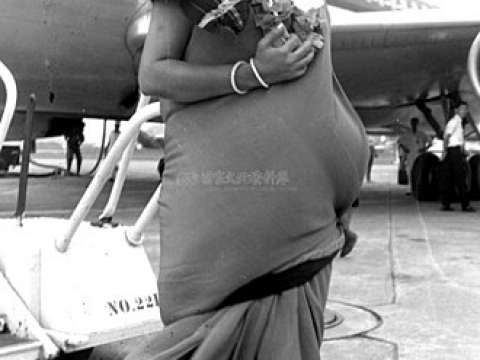 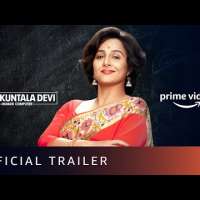 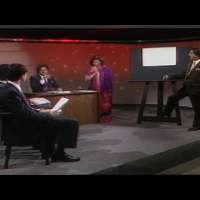 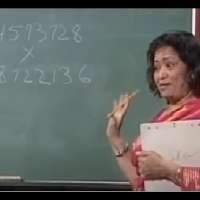 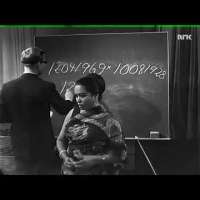 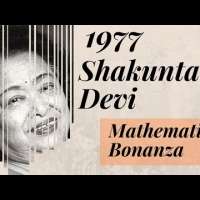 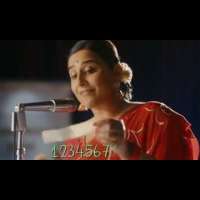 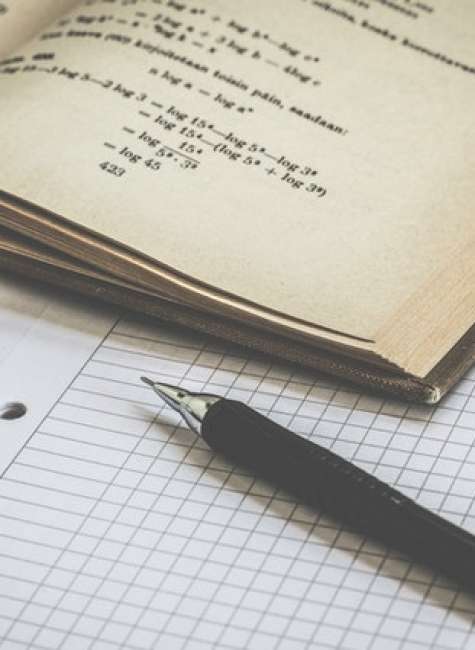 Mathematics
Prime Woman: Why Shakuntala Devi was a woman who wanted it all
indianexpress.com
0 Comments 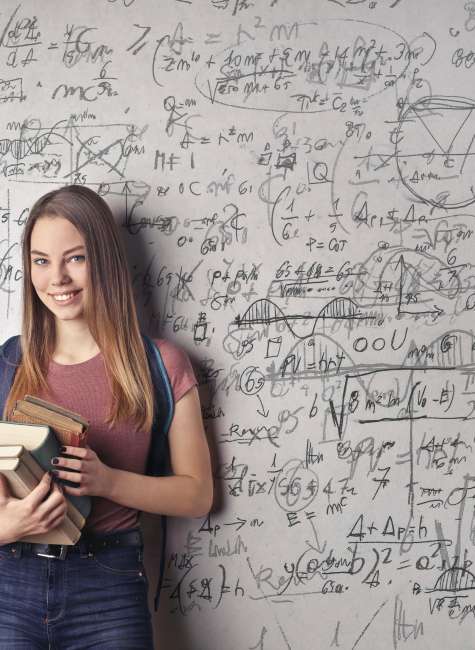 Mathematics
Explained: What was the secret of Shakuntala Devi’s calculating abilities?
indianexpress.com
0 Comments