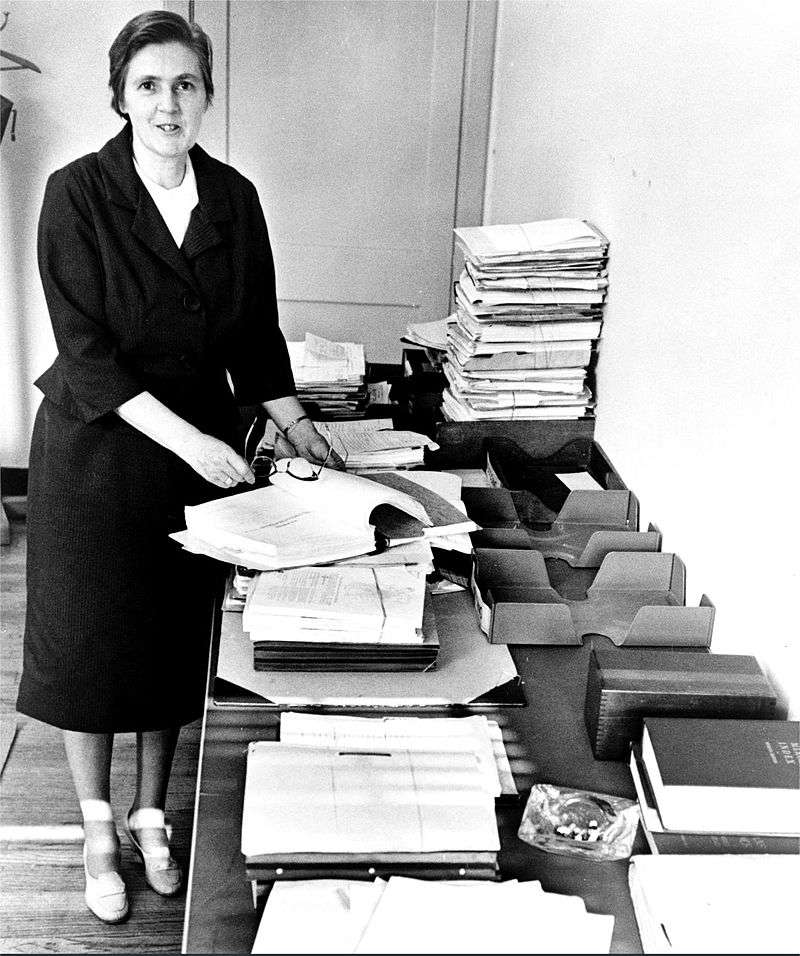 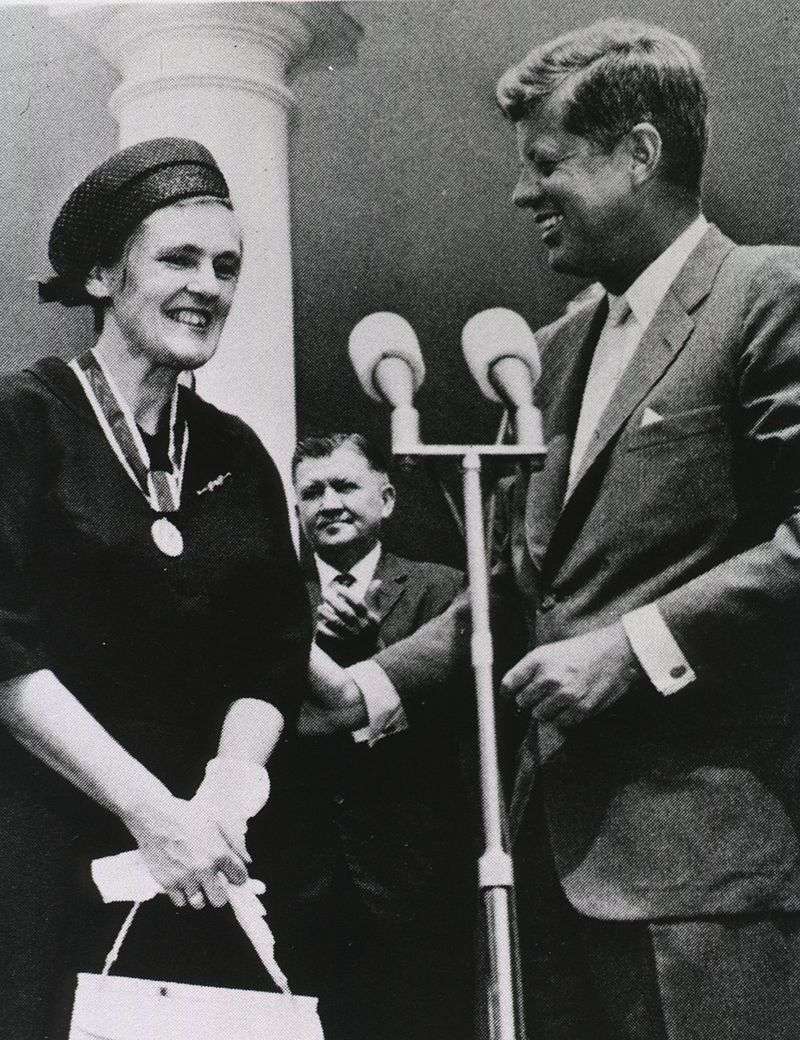 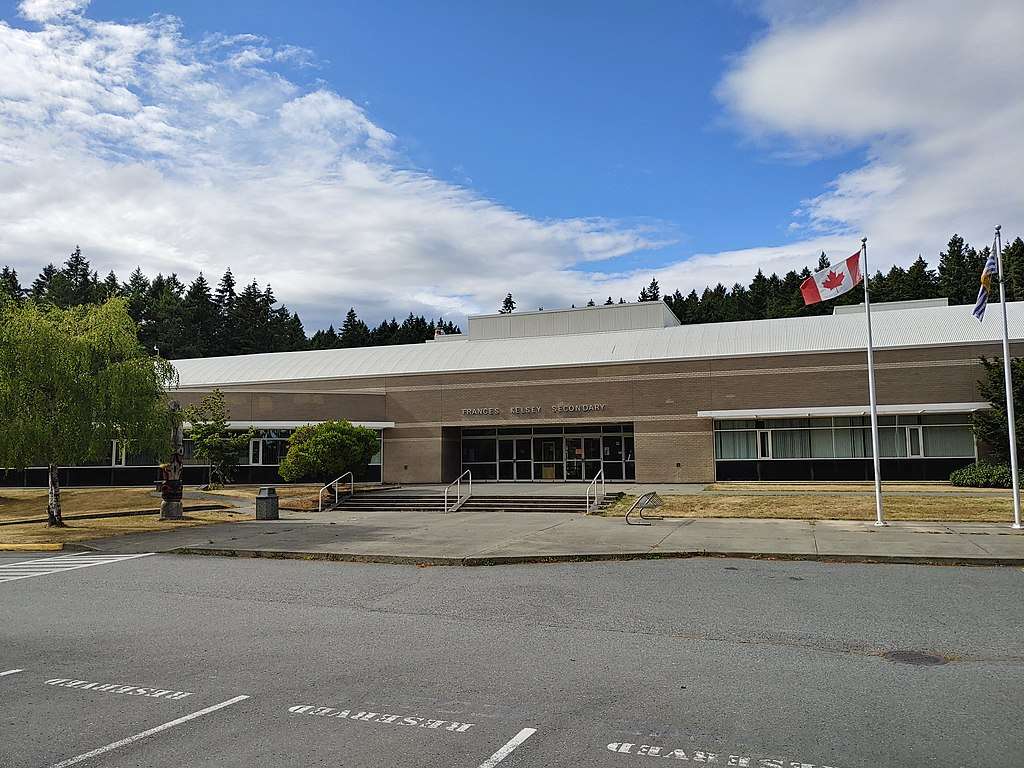 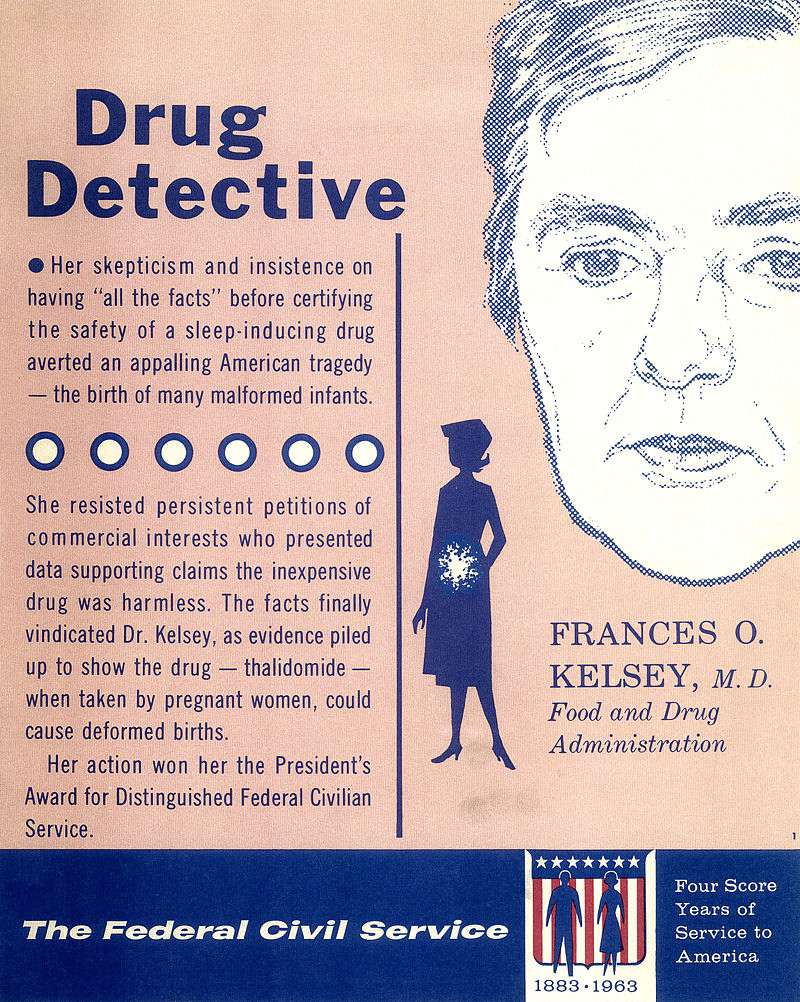 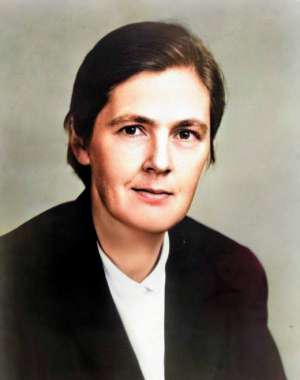 Frances Kathleen Oldham Kelsey was a Canadian-born American pharmacologist and physician. As a reviewer for the U.S. Food and Drug Administration FDA, she refused to authorize thalidomide for market because she had concerns about the lack of evidence regarding the drug's safety. Her concerns proved to be justified when it was shown that thalidomide caused serious birth defects. Kelsey's career intersected with the passage of laws strengthening FDA oversight of pharmaceuticals. Awarded by John F. Kennedy, Kelsey was the second woman to receive the President's Award for Distinguished Federal Civilian Service.

Born in Cobble Hill, British Columbia, Kelsey attended St. Margaret's School in the provincial capital, graduating at age 15. From 1930–1931, she attended Victoria College now University of Victoria. She then enrolled at McGill University, where she received both a B.Sc.1934 and a M.Sc.1935 in pharmacology. Encouraged by one of her professors, she "wrote to EMK Geiling, M.D., a noted researcher was starting up a new pharmacology department at the University of Chicago, asking for a position doing graduate work". Geiling, obviously unaware of spelling conventions with respect to Francis and Frances, presumed that Frances was a man and offered her the position, which she accepted, starting work in 1936.

During Frances' second year, Geiling was retained by the FDA to research unusual deaths related to elixir sulfanilamide, a sulfonamide medicine. Kelsey assisted on this research project, which showed that the 107 deaths were caused by the use of diethylene glycol as a solvent. The next year, the United States Congress passed the Federal Food, Drug, and Cosmetic Act of 1938. That same year she completed her studies and received a Ph.D. in pharmacology at the University of Chicago. Working with Geiling led to her interest in teratogens, drugs that cause congenital malformations birth defects.

Upon completing her Ph.D., Oldham joined the University of Chicago faculty. In 1942, like many other pharmacologists, Oldham was looking for a synthetic cure for malaria. As a result of these studies, Oldham learned that some drugs are able to pass through the placental barrier. During her work, she also met fellow faculty member Fremont Ellis Kelsey, whom she married in 1943.

She became a dual citizen of Canada and the United States in the 1950s in order to continue practicing medicine in the U.S., but retained strong ties to Canada where she continued to visit her siblings regularly until late in life.

Work at the FDA and thalidomide

In 1960, Kelsey was hired by the FDA in Washington, D.C. At that time, she "was one of only seven full-time and four young part-time physicians reviewing drugs" for the FDA. One of her first assignments at the FDA was to review an application by Richardson-Merrell for the drug thalidomide under the tradename Kevadon as a tranquilizer and painkiller with specific indications to prescribe the drug to pregnant women for morning sickness. Even though it had already been approved in Canada and more than 20 European and African countries, she withheld approval for the drug and requested further studies. Despite pressure from thalidomide's manufacturer, Kelsey persisted in requesting additional information to explain an English study that documented peripheral neuritis, a nervous system side effect. She also requested data showing the drug was not harmful to the fetus.

Kelsey's insistence that the drug should be fully tested prior to approval was vindicated when the births of deformed infants in Europe were linked to thalidomide ingestion by their mothers during pregnancy. Researchers discovered that the thalidomide crossed the placental barrier and caused serious birth defects. She was hailed on the front page of The Washington Post as a heroine for averting a similar tragedy in the U.S. Morton Mintz, author of The Washington Post article, said " prevented… the birth of hundreds or indeed thousands of armless and legless children." Kelsey insisted that her assistants, Oyam Jiro and Lee Geismar, as well as her FDA superiors who backed her strong stance, deserved credit as well. The narrative of Kelsey's persistence, however, was used to help pass rigorous drug approval regulation in 1962.

After Morton Mintz broke the story in July 1962, there was a substantial public outcry. The Kefauver Harris Amendment was passed unanimously by Congress in October 1962 to strengthen drug regulation. Companies were required to demonstrate the efficacy of new drugs, report adverse reactions to the FDA, and request consent from patients participating in clinical studies. The drug testing reforms required "stricter limits on the testing and distribution of new drugs" to avoid similar problems. The amendments, for the first time, also recognized that "effectiveness required to be established prior to marketing."

As a result of her blocking American approval of thalidomide, Kelsey was awarded the President's Award for Distinguished Federal Civilian Service by John F. Kennedy on 7 August 1962, becoming the second woman so honoured. After receiving the award, Kelsey continued her work at the FDA. There she played a key role in shaping and enforcing the 1962 amendments. She also became responsible for directing the surveillance of drug testing at the FDA.

Kelsey retired from the FDA in 2005, at age 90, after 45 years of service. In 2010 the FDA established the Kelsey Award, to be awarded annually to an employee.

Kelsey continued to work for the FDA while being recognised for her earlier work. She was still working at the FDA's Center for Drug Evaluation and Research in 1995 and was appointed deputy for scientific and medical affairs. In 1994, the Frances Kelsey Secondary School in Mill Bay, British Columbia was named in her honour. She retired in 2005.

In 2010, the FDA presented Kelsey with the first Drug Safety Excellence Award and named the annual award after her, announcing that it would be given to one FDA staff member annually. In announcing the awards, Center Director Steven K. Galson said "I am very pleased to have established the Dr. Frances O. Kelsey Drug Safety Excellence Award and to recognize the first recipients for their outstanding accomplishments in this important aspect of drug regulation."

Kelsey turned 100 in July 2014, and shortly thereafter, in the fall of 2014, she moved from Washington, D.C., to live with her daughter in London, Ontario. In June 2015, when she was named to the Order of Canada, Mercédes Benegbi, a thalidomide victim and the head of the Thalidomide Victims Association of Canada, praised Kelsey for showing strength and courage by refusing to bend to pressure from drug company officials, and said "To us, she was always our heroine, even if what she did was in another country."

Kelsey died in London, Ontario, on August 7, 2015, at the age of 101, less than 24 hours after Ontario's Lieutenant-Governor, Elizabeth Dowdeswell, visited her home to present her with the insignia of Member of the Order of Canada for her role against thalidomide.

Best Known For: Preventing thalidomide from being marketed in the United States
Children: 2
Children names: 2
Discussion 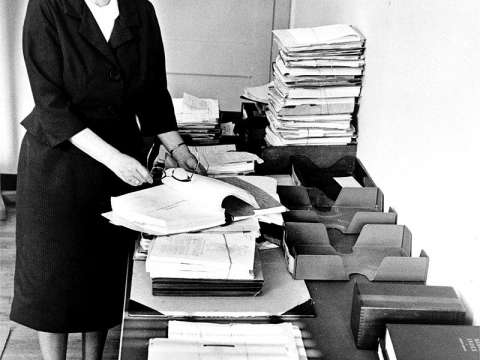 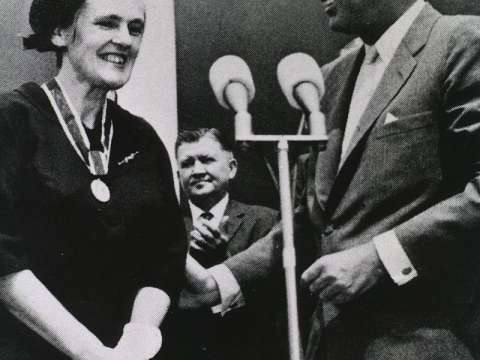 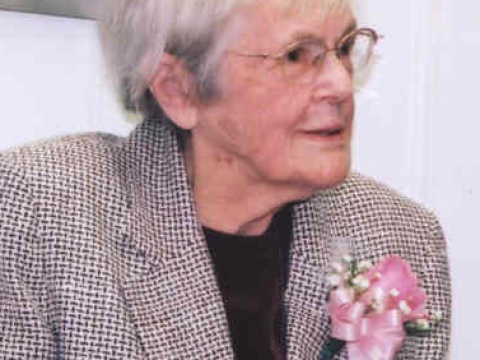 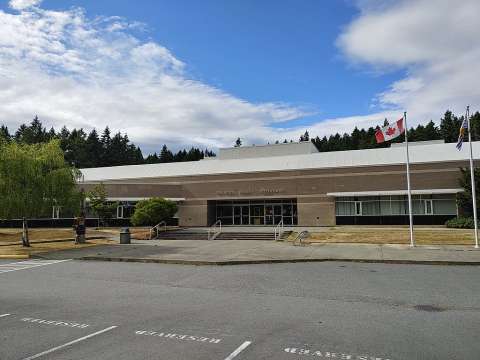 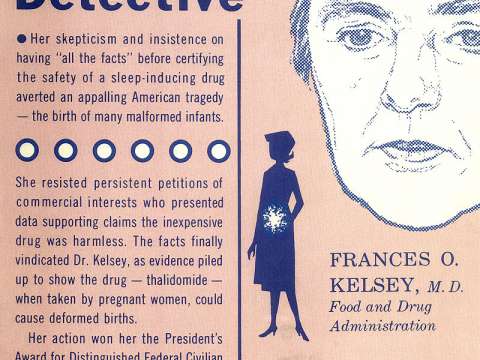 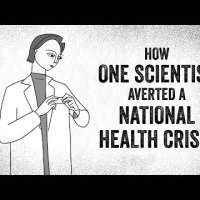 How one scientist averted a national health crisis - Andrea Tone 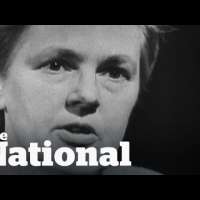 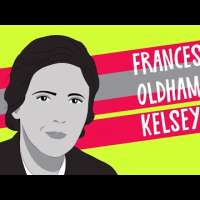 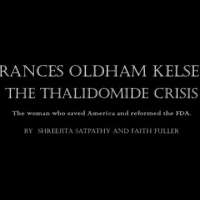 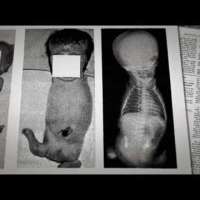 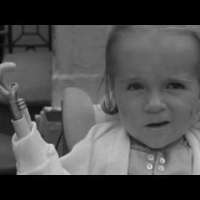 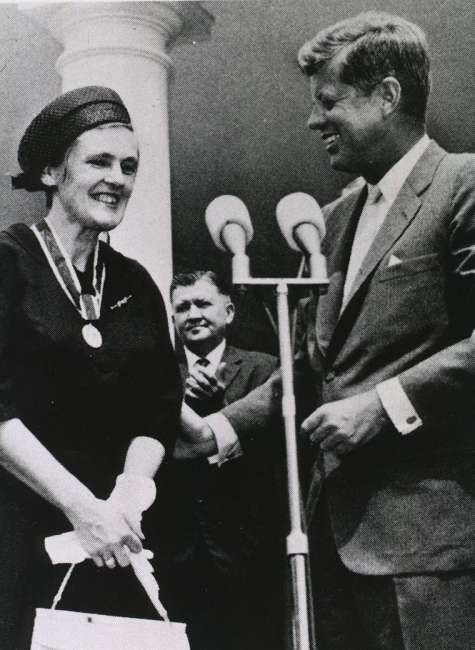 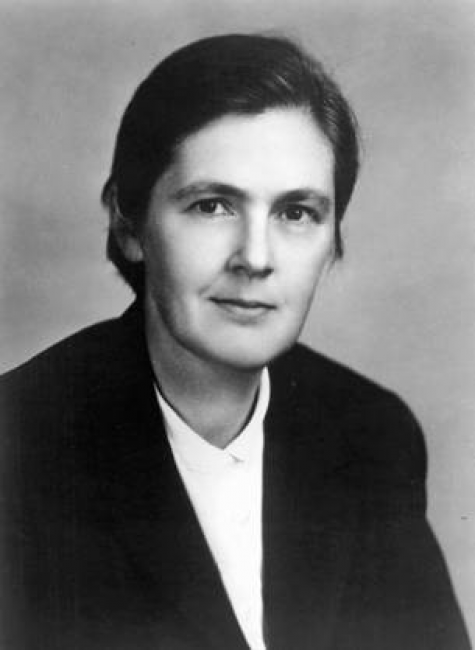 Medicine
How a courageous physician-scientist saved the U.S. from a birth-defects catastrophe
www.uchicagomedicine.org
0 Comments