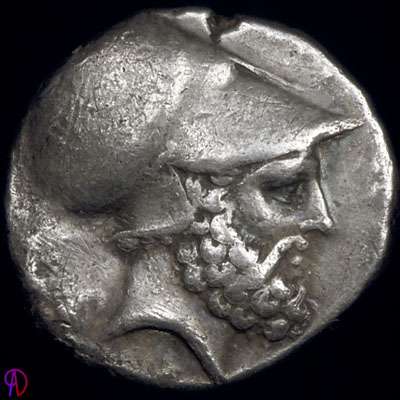 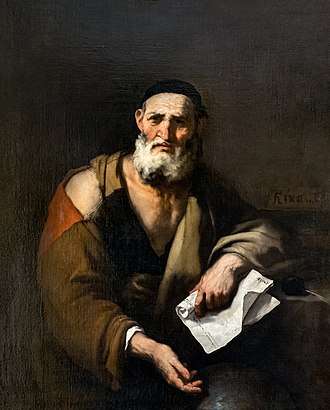 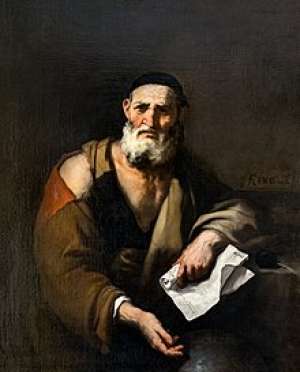 Nothing occurs at random, but everything for a reason and by necessity.

Leucippus is reported in some ancient sources to have been a philosopher who was the earliest Greek to develop the theory of atomism—the idea that everything is composed entirely of various imperishable, indivisible elements called atoms. Leucippus often appears as the master to his pupil Democritus, a philosopher also touted as the originator of the atomic theory.

Aristotle and Theophrastos certainly made him [Leucippus] the originator of the atomic theory, and they can hardly have been mistaken on such a point.

A brief notice in Diogenes Laërtius’s life of Epicurus says that on the testimony of Epicurus, Leucippus never existed. As the philosophical heir of Democritus, Epicurus's word has some weight, and indeed a controversy over this matter raged in German scholarship for many years at the close of the 19th century. Furthermore, in his Corpus Democriteum, Thrasyllus of Alexandria, an astrologer and writer living under the emperor Tiberius 14–37 CE, compiled a list of writings on atomism that he attributed to Democritus to the exclusion of Leucippus. The present consensus among the world's historians of philosophy is that this Leucippus is historical.

Leucippus was most likely born in Miletus, although Abdera and Elea are also mentioned as possible birthplaces.

Leucippus's dates are not recorded and he is often mentioned in conjunction with his more well-known pupil Democritus. It is therefore difficult to determine which contributions to atomism come from Democritus and which come from Leucippus. The title most attributed to Leucippus is the lost work Megas Diakosmos Big World-System, but this title was also attributed to Democritus whose companion work was Micros Diakosmos, Little World-System.

The Leucippus of record was an Ionian Greek Ionia, being the Asiatic Greece or "Asia Minor", forms western Turkey today. And he was a contemporary of Zeno of Elea and Empedocles Magna Graecia, now part of southern Italy. He belonged to the same Ionian School of naturalistic philosophy as Thales, Anaximander, and Anaximenes. While causality was implicit in the philosophies of Thales and Heraclitus, Leucippus is considered the first to explain that all things happen due to 'necessity', i.e., their nature.

Aristotle and his student Theophrastus explicitly credit Leucippus with the invention of atomism. In Aristotelian terms Leucippus agreed with the Eleatic argument that "true being does not admit of vacuum" and there can be no movement in the absence of vacuum. Leucippus contended that since movement exists, there must be empty space. However, he concludes that vacuum is identified with nonbeing, since "nothing" cannot really be. According to Aristotle Leucippus differed from the Eleatics in not being encumbered by the "conceptual intermingling" of being and non-being, and Plato made the necessary distinction between "grades of being and types of negation".

Some sources claim that around 440 or 430 BCE Leucippus founded a school at Abdera, with which his pupil, Democritus, was closely associated. There is mention that a Leucippus founded the city of Metapontum, which honored this Leucippus with a coin.

Eusebius quoting Aristocles of Messene says that Leucippus was part of a line of philosophy that began with Xenophanes and culminated in Pyrrhonism.

Fragments and doxographical reports about Leucippus were collected by Hermann Diels 1848–1922, firstly in Doxographi Graeci Berlin, 1879, reprint Berlin: de Gruyter, 1929 and then in Die Fragmente der Vorsokratiker, Berlin, 1903, 6th ed., rev. by Walther Kranz Berlin: Weidmann, 1952; the editions after the 6th are mainly reprints with little or no change. Diels was the leading proponent for a historical Leucippus.

History of Philosophy Without Any Gaps (2010-) 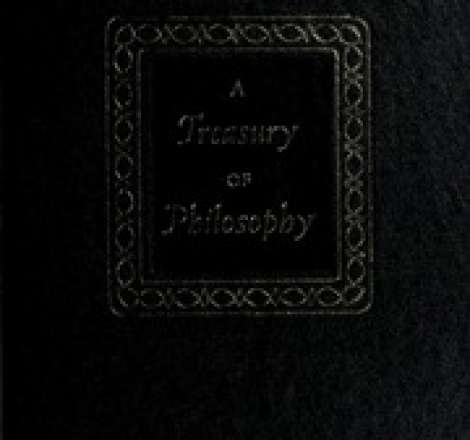 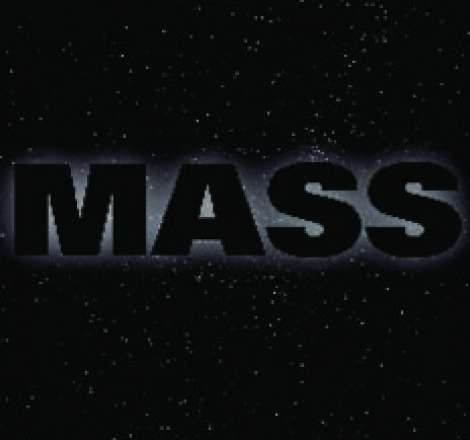 philosophy
Mass: The quest to understand matter from Greek atoms to quantum fields 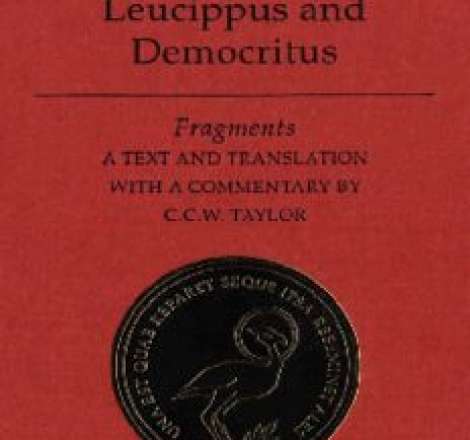 philosophy
The atomists, Leucippus and Democritus 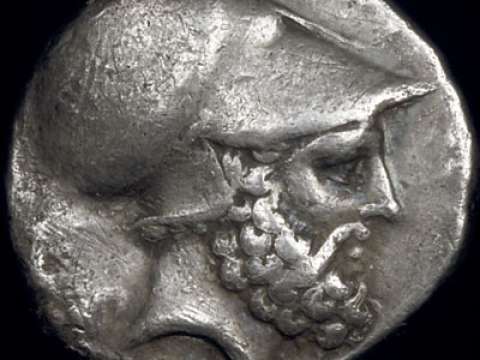 Bearded head with Corinthian helmet, thought to be of Leucippus, sitting dog (Molossian hound?) on the reverse. 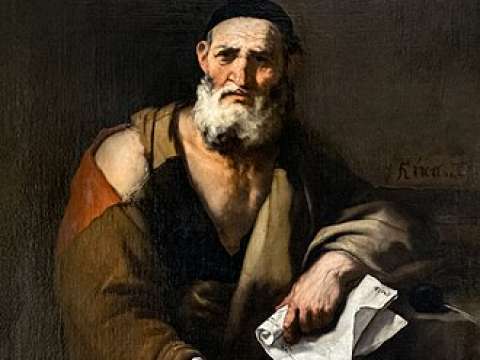 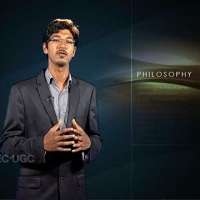 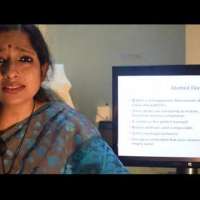 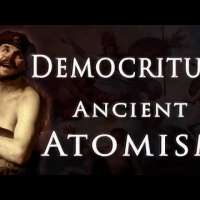 Democritus and Leucippus | The Atomists of Presocratics Philosophy 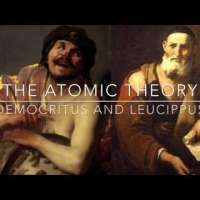 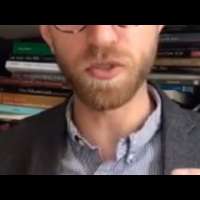 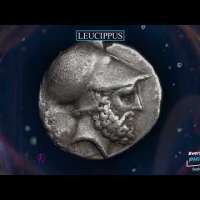 Leucippus | Everything Philosophers
What Do You Think Of That Genius? 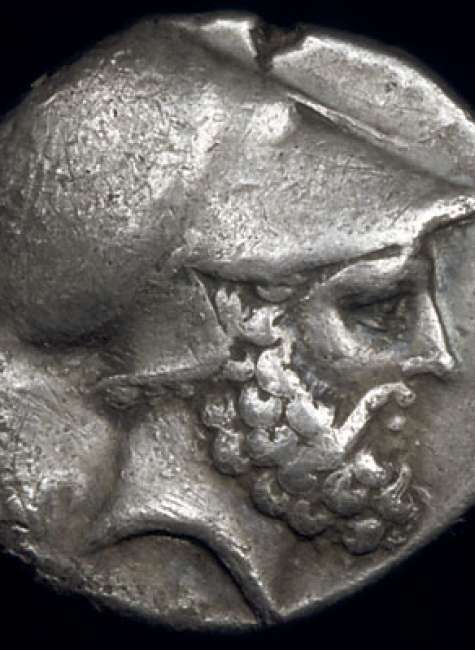 philosophy
The philosophic and biological views of the "atomic" philosophers, Leucippus and Democritus.
europepmc.org
0 Comments 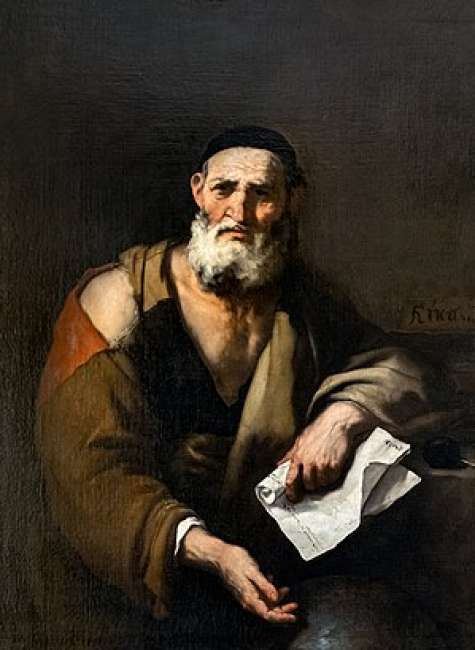