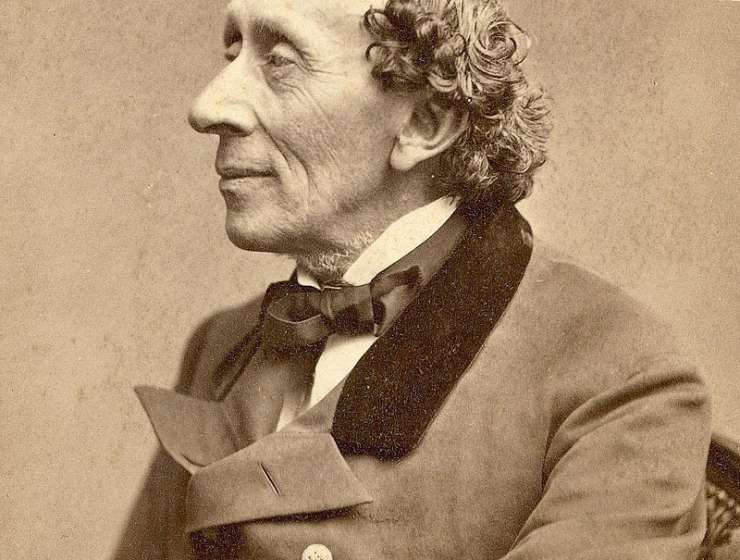 Millions of people recognize Hans Christian Andersen (1805-1875) as the author of over a hundred famous children’s tales, but only a few people know the man behind the stories. The true Andersen was certainly not a writer of the happily-ever-after variety. Throughout his life, he was often very lonely–traveling around the earth and meeting hundreds of fascinating people, but never truly finding a person to share his life with.

Andersen considered himself to be an ugly duckling. He was abnormally tall and quite awkward, with sunken eyes, hollow cheeks, and a long, protruding nose. Like the duckling, he was sometimes teased and humiliated as a child, especially for his effeminate demeanor. As one story goes, the other children at the factory where heworked found him to be so girlish that they ripped hisclothes off to see if he was actually female. The writer’s problems with ladies later on in life may have had more to do with his sexual repression than his unattractiveness or effeminacy. Danish scholar Johan de Mylius hypothesizes that this repression may stem from Andersen’s childhood. When the boy’s mother remarried in 1818, de Mylius asserts that, for 13-year-old Andersen, seeing his mother in an intimate relationship with a strange man may have been one of the factors which laid the foundation for HCA’s later tendency to avoid . . . contact with women.

Story Continues
literarytraveler.com
What Do You Think Of That Genius?