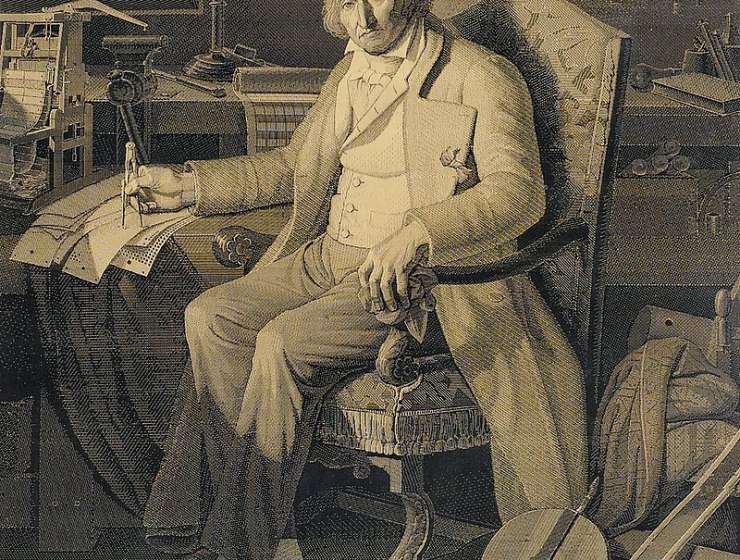 In December 1839 mathematician and economist Charles Babbage sent a letter to French astronomer François Arago. “There has arrived lately in London . . . a work which does the highest credit to the arts of your country,” he wrote. The item that had captured Babbage’s attention was a portrait of French inventor Joseph-Marie Jacquard. Babbage wanted a copy to show off in his London home, where he often entertained members of the British elite. Three years later he welcomed a pair of very special guests, the Duke of Wellington and Queen Victoria’s husband, Prince Albert. He later recalled the moment in his autobiography:

When we had arrived in front of the portrait, I pointed it out as the object to which I solicited the Prince’s attention. “Oh! that engraving?” remarked the Duke of Wellington. “No!” said Prince Albert to the Duke; “it is not an engraving.”

The prince had seen another copy of Jacquard’s portrait, based on a painting by Claude Bonnefond, and knew its secret. As Babbage explained later, it was a “sheet of woven silk, framed and glazed, but looking so perfectly like an engraving, that it had been mistaken for such by two members of the Royal Academy.”