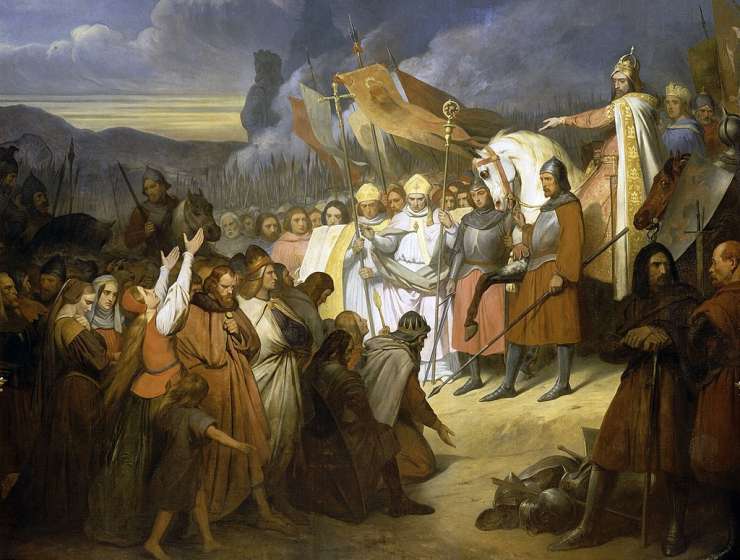 Charlemagne was the father of Europe. He built an empire that came closer to rivaling Rome than any other that claimed the same ancient legacy. He was patron of the first renaissance of classical antiquity and thus a savior of Western culture. All true. Yet Charlemagne was also the génocidaire of pagan Saxony. He was a unifier of Europe, no doubt, but in the manner of Hitler and Napoleon, not Václav Havel, Pope Francis and the dozens of other heroes of European community who have been honored since 1950 with the Charlemagne Prize.

Charlemagne the mythic figure is more powerful than Charlemagne the historical reality, but it’s the power of the myth that encourages publishers to put out new biographies on an annual basis. In the heady days that followed the 1984 Mitterrand-Kohl handshake at Verdun, the emphasis was all on Charlemagne as enlightened harbinger of Franco-German harmony. Now, in the dark days of debt crisis, Brexit and the electoral success of the far right, a more somber take on the Dark Ages has come back into vogue. For his part, the eminent medievalist Johannes Fried presents the great king in very German garb; “Charlemagne” is relentless in the accumulation of detail and austerely comprehensive in its endnotes, with no character too minor or controversy too abstruse to exclude.

Even in Peter Lewis’s fluent English translation, this Charles the Great is unmistakably Karl der Grosse: “The first adversary to be neutralized was Charlemagne’s cousin Tassilo III, the son of his father’s sister. . . . Charlemagne’s father, King Pepin, supposedly secured his nephew, who was then still a boy, the succession to his father, Duke Odilo, by supporting him against his (i.e., Pepin’s) own half brother Grifo.” The syntax would read better in German, but the complexity is inherent in the history. Matching the mood of our times, blood-flecked Realpolitik and smoldering religious intolerance are very much to the fore.