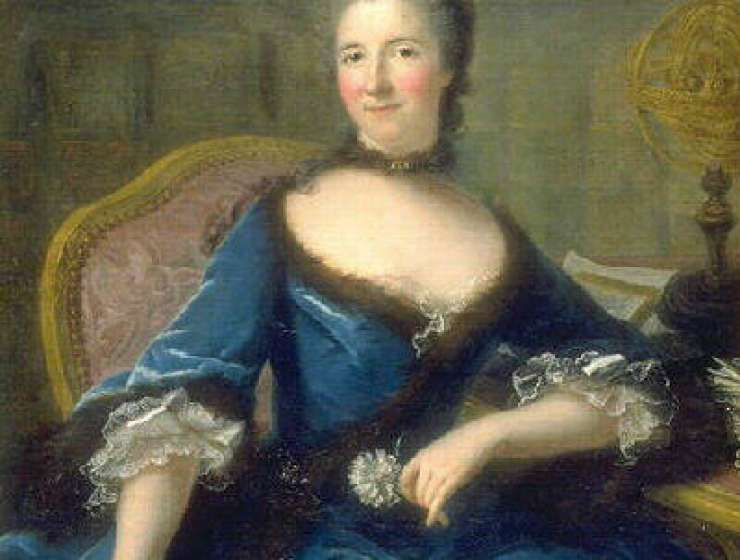 There’s a thread of familiarity that underlies the life of Gabrielle-Émilie Le Tonnelier de Breteuil, Marquise du Châtelet (often known as Émilie du Châtelet) – juggling multiple identities and responsibilities. Mathematician, physicist, French aristocrat, manager of household, wife, mother, and philosopher, du Châtelet lived her short life to its fullest. She was also a pioneering science communicator, on a mission to make the greatest works of her time accessible. Her masterpiece? A translation of Newton’s Principia.

Du Châtelet was born in 1706 to a family of French aristocrats, minor nobility in King Louis XIV’s court. Records of her childhood are contradictory, and many may be more myth than fact. It is clear, though, that she was interested in many “unfeminine” subjects. Home-educated, she learned multiple languages, including German, Greek, Latin, and Italian, she was also tutored in fencing and riding, but she gravitated most to science and math. Her family’s position helped foster this interest, as her father held frequent salons attended by Europe’s top scientists and mathematicians. She was dedicated to her studies, and creative in finding resources – she used her mathematical talents to succeed in gambling and used her profits to buy textbooks and lab supplies.

Story Continues
massivesci.com
What Do You Think Of That Genius?