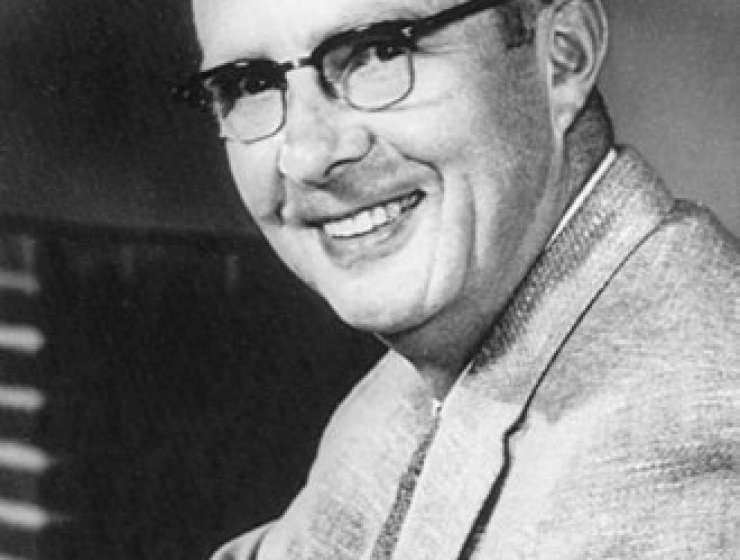 Many people inside and outside of Mayo Clinic know about Philip Showalter Hench (1896-1965) and Edward Calvin Kendall (1866-1972)—fortune-favored Mayo investigators who shared the 1950 Nobel prize in physiology or medicine with Polish chemist Tadeus Reichstein (1897-1996) for adrenal corticosteroid research.

Mayo Clinic is justifiably proud of Hench and Kendall. The institution where they spent all (Hench) or almost all (Kendall) of their professional carees√, and where Hench also did part of his training, has honored them with commissioned portraits, a large named lecture hall, special Nobel anniversary conferences, and other kudos. Some are also aware that Albert von Szent-Györgyi (1893-1986), a Hungarian biochemist who won the Nobel prize in physiology or medicine in 1937 for his work with vitamin C, spent a year in the late 1920s as a research fellow of Mayo Foundation. However, few people realize that a fourth Nobel laureate had an important Mayo Clinic connection, and, as far as I am aware, this Nobel prize winner has received no local public recognition.

This individual was the brilliant physicist Luis Walter Alvarez, PhD (1911-1988), who received a rare solo Nobel prize in his discipline in 1968, “for his decisive contributions to elementary particle physics, in particular the discovery of a large number of resonance states, made possible through his development of the technique of using hydrogen bubble chamber and data analysis.” In addition to discovering K-electron absorption, observing tritium's (3H) radioactivity, constructing the first proton linear accelerator, and performing other groundbreaking particle physics work with Ernest Lawrence (a 1939 Nobel laureate) at the University of California, Berkeley, Alvarez played a key role in the wartime Manhattan Project.

Story Continues
mayoclinicproceedings.org
What Do You Think Of That Genius?