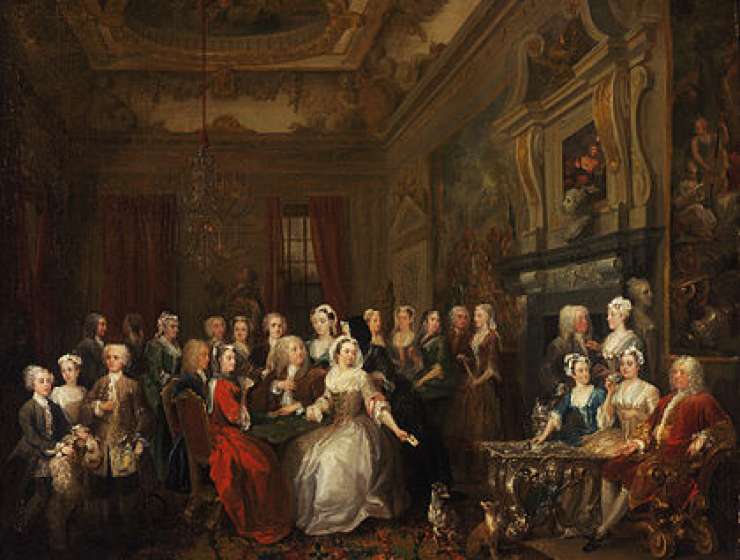 1
35
0
Hogarth's anti-progress: how the father of British painting went missing from our galleries
Art

It is 250 years since William Hogarth died, so I decided to visit him. I set out to Tate Britain to see his pugnacious self-portrait, painted in 1745. Hogarth depicts himself as the archetypal British painter, tougher, more streetwise and more witty than all those European daubers whose works were coveted by the aristocrat collectors of his day.

You can see those continental masters, adeptly parodied, cluttering the walls of a noble mansion in the first painting in his visual narrative Marriage à-la-Mode, at the National Gallery. Medusa’s head and a slathering of nudes hang in dimly lit magnificence as a marriage settlement is brokered between a noble in need of cash and a merchant who wants to give his family blue blood. All that posh art, for Hogarth, is a kind of moral poison, whose corrupting cynicism helps bring about the impotence, adultery, duelling, syphilis and deaths that unfold in the next five scathing satirical paintings.

Before Hogarth, there was not really any such thing as British art. There was art made in Britain, by such great European masters as Rubens and Van Dyck. But it was Hogarth who created the idea of a British school, a British style. This entrepeneurial Londoner was colossally ambitious. In his self-portrait in the Tate he includes a depiction of the “serpentine line of beauty”, his own redefinition of beauty as something meandering and curving and alive, not rigid and classical. This idea has reverberated in modern culture ever since, right down to Alan Hollinghurst’s Booker-winning novel The Line of Beauty.