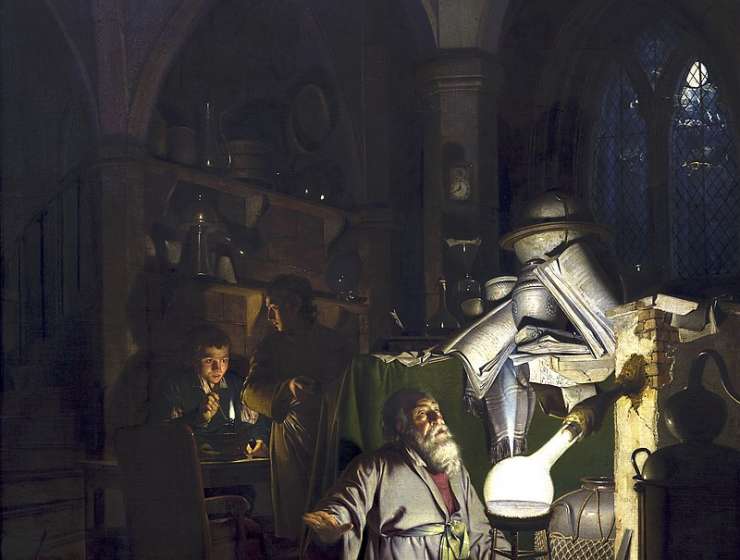 1
127
0
Hennig Brandt and the Discovery of Phosphorus
Chemistry

One night in 1669 German physician Hennig Brandt attempted to create the philosophers’ stone. This elusive goal had been pursued by alchemists for centuries for good reason: it could transform base metals into gold.

Brandt had spent most of that day in his laboratory, heating a mixture of sand and charcoal with a tar-like substance produced by boiling down about 1,200 gallons of urine over two weeks. He then maintained the mixture at the highest temperature his furnace could reach. After many hours a white vapor formed and condensed into thick drops that gleamed brightly for hours. The glowing, waxy substance had never been seen before. Brandt called it phosphorus, a Latin term for things that give off light.

Brandt’s was an era that still saw a world made up of four elements: fire, air, water, and earth. And like the fascinated colleagues to whom he showed his new compound, Brandt assumed it was composed of these elements. (A little more than a hundred years later Antoine Lavoisier replaced this worldview with another, of elements as simple substances that could not be further decomposed.) Whatever his categories, Brandt’s phosphorus was a spectacular sight. Artist Joseph Wright of Derby immortalized this moment a century later in his painting The Alchymist.