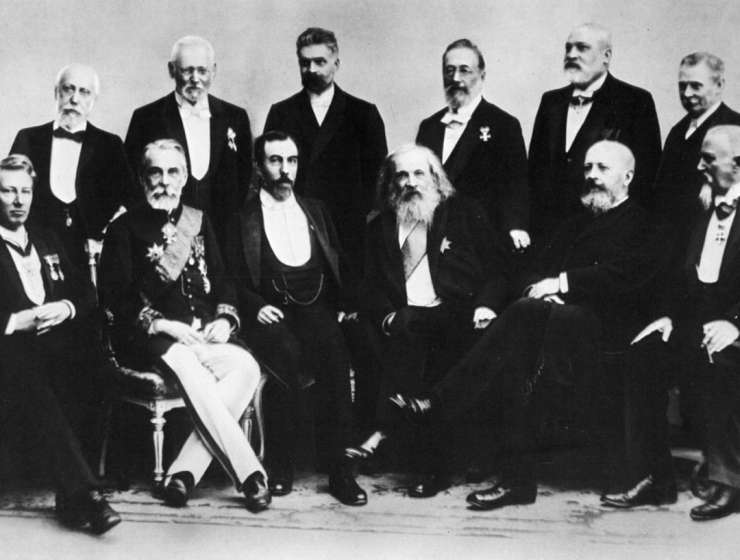 1
158
0
Dmitri Mendeleev and the science of vodka
Chemistry

Great thinkers in science often become associated with myths about their work and discoveries. Take Isaac Newton. The average person might not be able to recall his formula for gravitation or explain his three laws of motion, but they will remember the story of him being struck by a falling apple. Galileo Galilei is credited with saying “eppur si muove” (“and yet it moves”) on his deathbed, symbolizing his unbroken free spirit and his conviction that Earth revolves around the Sun. Ben Franklin is known for flying a kite struck by lightning. All of those myths have been debunked by scholars, yet they live on.

Dmitri Ivanovich Mendeleev, who created the periodic table 150 years ago, has also become the subject of myth. One often-told story holds that Mendeleev’s famous table was the product of a dream—that one February evening after a wearying day of work, he went to sleep and dreamed that the chemical elements could be lined up to form groups with similar properties if arranged by atomic weight. There’s no evidence that is true.

Another popular myth credits Mendeleev with the invention of vodka. The claim dates back to the early part of the 20th century, when many in Russia wanted to add legitimacy to any possible piece of national culture. Other people, while accepting the fact that vodka existed several hundred years before Mendeleev, have perpetuated the legend that the famous chemist set the standard for vodka as a mix of 40% ethanol and 60% water.