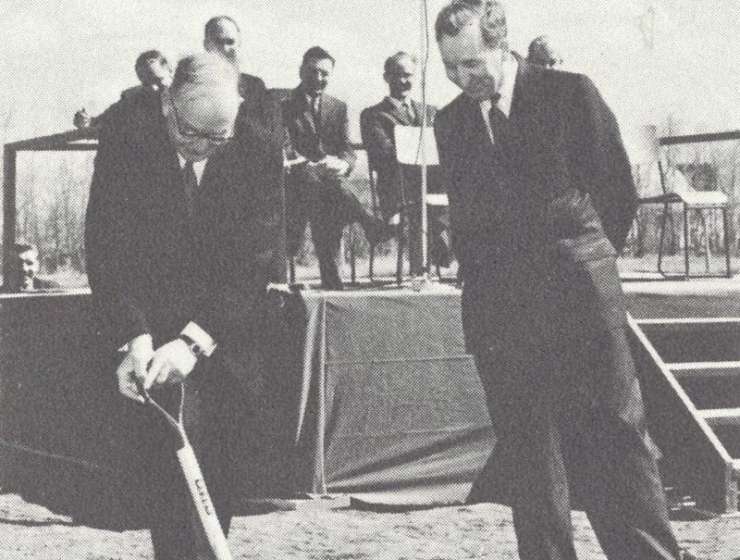 In April 1932 John Cockcroft and Ernest Walton split the atom for the first time, at the Cavendish Laboratory in Cambridge in the UK. Only weeks earlier, James Chadwick, also in Cambridge, discovered the neutron. That same year, far away in California, Carl Anderson discovered the positron while working on cosmic rays. So 1932 was a veritable annus mirabilis in which experiments discovered, and worked with, nucleons; exploited Albert Einstein’s relativity and energy-mass equivalence principle; took advantage of the newly emerging quantum mechanics and its prediction of “tunnelling” through potential barriers; and even verified the existence of “antimatter” predicted by Paul Dirac’s relativistic quantum theory of the electron. It is hard to think of a more significant year in the annals of science.

The experiment by Cockcroft and Walton split the nucleus at the heart of the atom with protons that were lower in energy than seemed possible, by virtue of quantum mechanical tunnelling – a phenomenon new to physics. In 1928 George Gamow had applied the new quantum mechanics to show how particles could tunnel through potential barriers, and how this could explain the decay of nuclei through alpha emission. He also realized that tunnelling could lower the energy required for an incident positively charged particle to overcome the Coulomb barrier of a target nucleus. It was this insight that underpinned the commitment of Cockcroft and Walton.

Story Continues
cerncourier.com
What Do You Think Of That Genius?