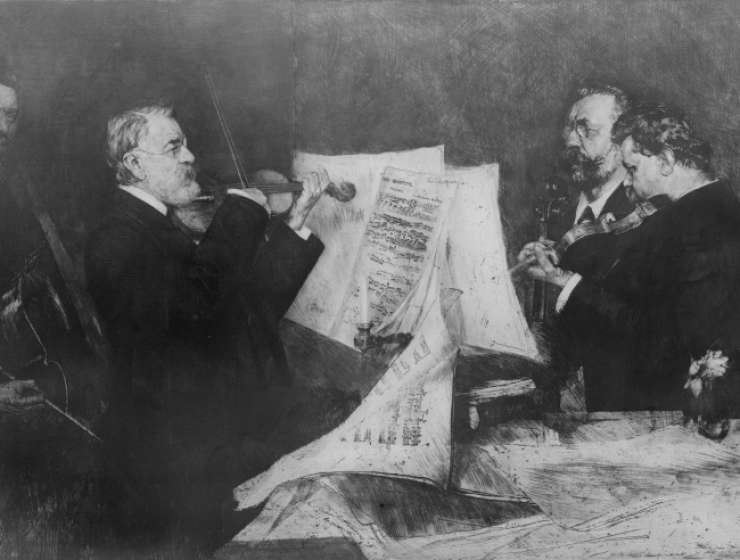 1
194
0
Another Ovation for Joachim
Music

THE 19th century, a golden age of the violin, produced a Cooperstown of great fiddlers. But even in an age of titans, there was general agreement that two were more titanic than the others: the eminently Italian Niccolò Paganini, who died in 1840, and the definitively Central European Joseph Joachim, who died 100 years ago this Wednesday.

Paganini’s heavy-metal persona, inspired self-promotion and terrifying virtuosity made women weep and strong men faint. Lecherous, litigious and a cheapskate; equally devastated by syphilis, tuberculosis and his doctors, he died without sacraments or an official funeral.