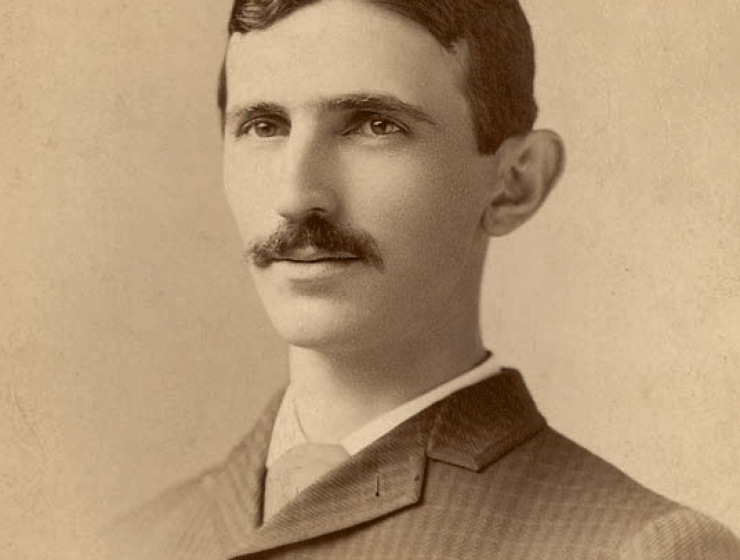 Nikola Tesla in or around 1890, when the inventor was in his mid-30s. | Photo is in the public domain. Image courtesy of the Library of Congress.

11. Tesla was born on July 10, 1856, in the Austrian Empire, now Croatia. He was the fourth of five children. After a checkered academic career in Europe, he worked as a telegraph drafter and electrician before moving to the United States to work for Thomas Edison in 1884.

10. If you couldn’t imagine life without your TV remote, thank Nikola Tesla for making it possible. Tesla invented, predicted or contributed to development of hundreds of technologies that play big parts in our daily lives -- like the remote control, neon and fluorescent lights, wireless transmission, computers, smartphones, laser beams, x-rays, robotics and, of course, alternating current, the basis of our present-day electrical system.

Story Continues
energy.gov
What Do You Think Of That Genius?