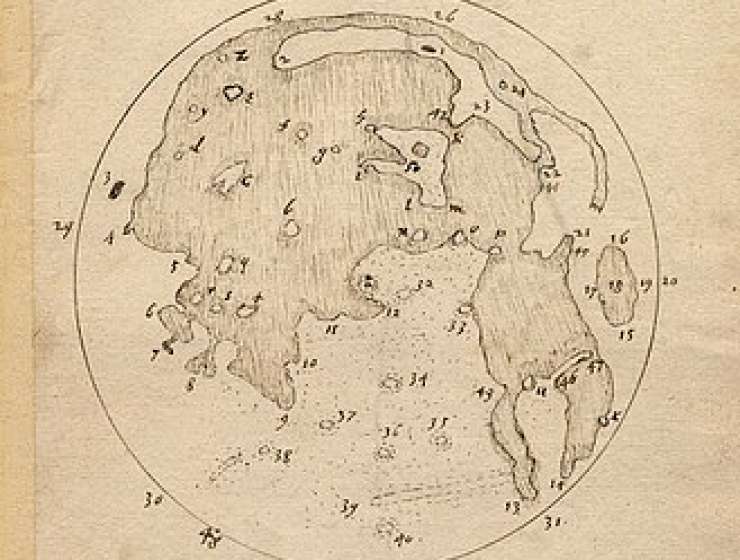 It's International Year of Astronomy and all eyes are on Galileo Galilei, whose astronomical observations 400 years ago revolutionised our understanding of the Universe. But few people know that Galileo wasn't the first to build a telescope and turn it on the stars. That honour falls to a little-known mathematician called Thomas Harriot, who might have become a household name, had he bothered to publish his results. This article is a tour of his work.

When the prestigious Royal Society was established in 1660, it quickly launched a seven year search for the lost papers of Thomas Harriot, a London mathematician and empirical scientist who had died decades before. The quest failed, but when the papers finally came to light a century later, they included a system of symbolic algebra, workable binary numbers, the sine law of refraction and detailed telescopic observations of the Moon and sunspots: all mathematical and scientific firsts. While Harriot's intellectual achievements had been gathering dust, much of his pioneering work was discovered by others, so his name never made it into the history books.

We know little of Thomas Harriot's background and early life and we can't even be sure of what he looked like — the authenticity of the portrait on the right is disputed. He was born around 1560, four years before Galileo and a lifetime ahead of Newton. Soon after graduating from Oxford University in 1580, he was living and working in the London home of Walter Raleigh, then one of Queen Elizabeth's favoured courtiers. Acting as Raleigh's accountant, Harriot tutored sea captains in navigation and gained early fame as an anthropologist and ethnographer.

Story Continues
plus.maths.org
What Do You Think Of That Genius?