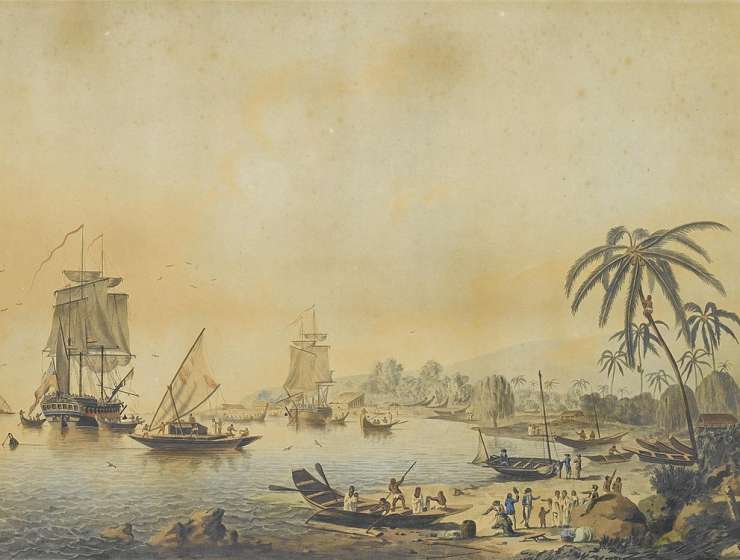 William Frame, the British Library’s Head of Modern Archives and Manuscripts, gives an account of Cook’s first voyage of 1768-71. Cook was instructed to observe the transit of Venus. But his expedition also had a secret aim to find lands in the south Pacific.

Until James Cook’s voyages the Pacific, the largest of the world’s oceans, was primarily an imagined space to Europeans. There had long been a theory among geographers that, in order to balance the world as it spun on its axis, there had to be land in the southern hemisphere equivalent to that in the north.

In 1767 the British cartographer Alexander Dalrymple published An Account of the Discoveries made in the South Pacifick Ocean, which argued, from fleeting sightings of land by navigators, that there was an extensive landmass awaiting discovery in the Pacific. He wrote: ‘we have traces from antient times, warranted by latter experience, of rich and valuable countries in it; no subject can be more interesting, to a commercial state, than the discovery of new countries and people, to invigorate the hand of industry, by opening new vents for manufactures’.

Story Continues
bl.uk
What Do You Think Of That Genius?