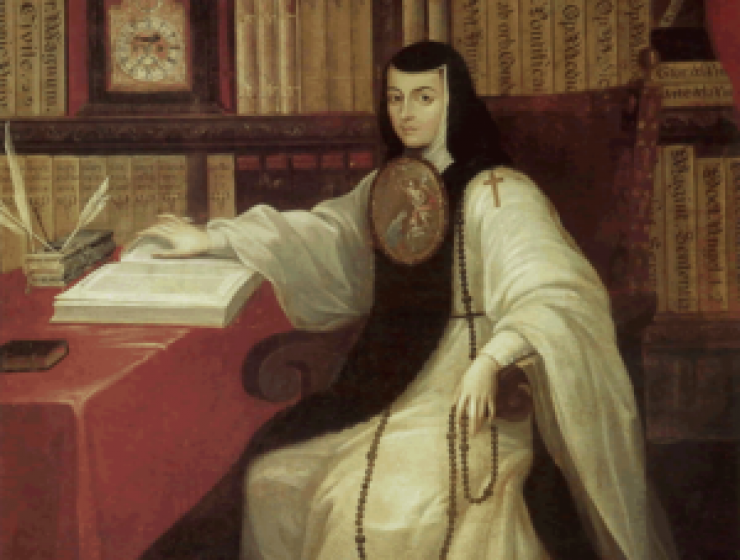 From a convent in New Spain, Sor Juana Inés de la Cruz became one of the leading lights of the Spanish Baroque’s golden age. A scholar, poet, playwright, philosopher, and composer, in her lifetime Sor Juana (1648-1695) was known as the Tenth Muse and the Phoenix of America. Condemned by the male hierarchy of the Catholic Church, she has since become a Hispanic/Chicana/Latina feminist icon and a founding mother of Mexican literature.

Sure, she was brilliant and multilingual, writing in Latin and Nahuatl, but how did she do all this from inside a cloister? Good prep work, evidently. Before joining the convent, she educated herself in a library inherited from her grandfather. As an adolescent, she became a lady-in-waiting to the viceroy’s wife. Her brains and wit earned her renown in the royal court; a group of forty scholars tested her and granted her the equivalent of a university degree (otherwise impossible for a woman to get). Once inside the convent—a life choice that was virtually the only alternative to marriage—Sor Juana ran a salon for the intellectual elite of Mexico City.