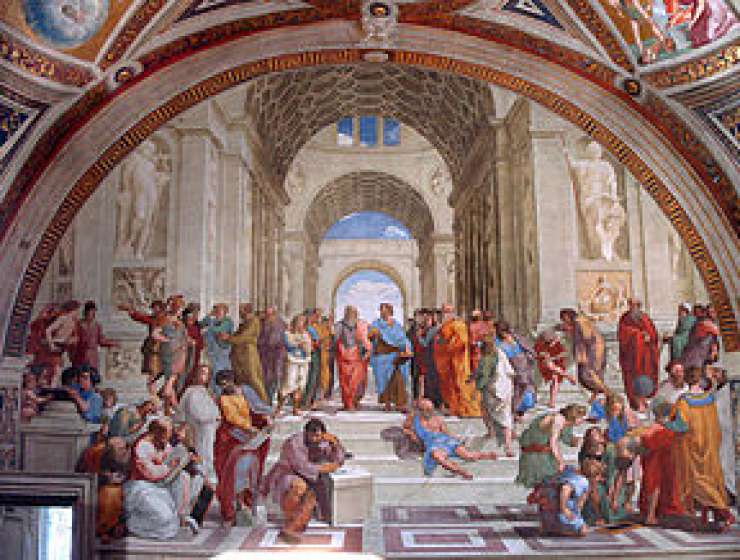 Giorgio Vasari created a highly influential portrait of Raphael when he wrote in great detail about the artist’s career and the characteristics of his paintings in Le vite de’ più eccellenti pittori scultori ed architettori (1550 and 1568) (Vasari 1878-85, v. 4: 311-386). He presented Raphael as an extraordinary individual, who was beautiful in appearance, gracious in society and, thus, almost angelic in nature. Vasari extended the comparison of Raphael to an angel when he suggested that his artistic gifts were divinely inspired. Just as Vasari had contended that Fra Angelico was uniquely able to depict saints because of his own pure and pious nature, similarly Raphael’s angelic qualities served to explain why many of his religious paintings seemed to be infused with divine power (Vasari 1878-85, v. 2: 505-26).

2The theology underpinning the use of images in the Western church did not, in theory, permit a belief similar to the Byzantine tradition, in which icons were thought to hold some of the spiritual power of the divine persons represented. However, in practice, many members of the Italian clergy encouraged faith in miracle-working images, and the institution as a whole reaped the benefits of monetary donations left in their honour. In some instances, the sums were such that new chapels and churches were built to house the paintings. One instance familiar to Raphael was the erection of Sta. Maria della Consolazione near Todi, designed in about 1508 by Raphael’s colleague Donato Bramante, to enshrine a miraculous mural painting of the Virgin (Patetta 2002; Thunø 2004).