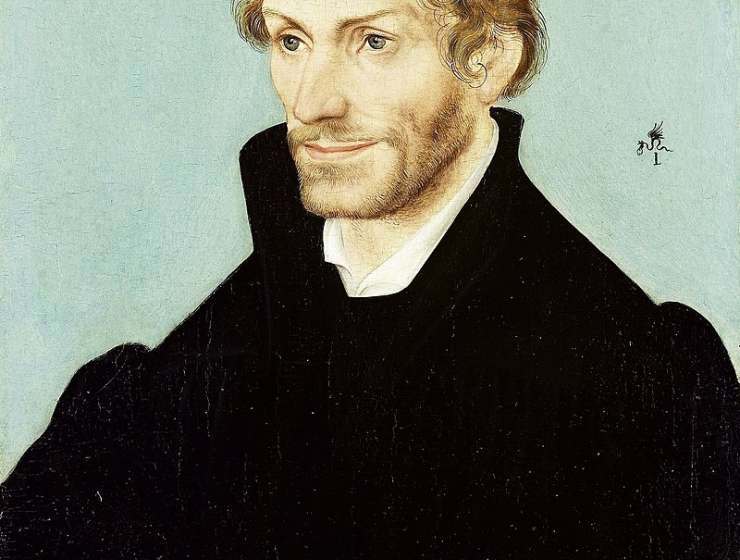 Already theological conflicts during his lifetime have made forming an accurate picture of Philip Melanchthon’s contribution to the Reformation difficult. A close examination of his life reveals a theologian who blended commitment to the humanities with a passion for Wittenberg and Luther’s particular brand of theology. A prodigy with remarkable skills in languages, Melanchthon (1497-1560) became professor of Greek at the University of Wittenberg in 1518 after studies in Heidelberg and Tübingen. After receiving the lowest degree in theology the following year, he taught in both the Arts and Theology faculties for the rest of his life, producing important works in rhetoric, dialectics and history, on the one hand, and publishing the first Protestant biblical commentaries on Romans, Colossians, Matthew and John, on the other, while at the same time writing the first Protestant “systematic” theology, the Loci communes theologici.

Sometimes mistakenly viewed as torn between Erasmus’s humanism and Martin Luther’s Reformation, Melanchthon, an independent thinker squarely in Wittenberg’s theological orbit, developed his own approach to the humanities that allowed him to distinguish “civil righteousness” of this world’s knowledge from the “theological righteousness” of the gospel. He was also the author of several important confessions of Evangelical faith, including the Augsburg Confession. His participation in negotiations over the Lord’s Supper with Martin Bucer and over justification with Johannes Eck formed the basis of much later agreements. With Luther’s death, Melanchthon became involved in a series of disputes among Lutherans over adiaphora, free will, justification and Lord’s Supper. Despite suspicions of opponents, he influenced the course of Protestant thought with emphases on forensic justification by faith, the distinction between law and gospel, the differentiation of civil and theological righteousness and the use of the humanities in the service of theology and proclamation. He truly earned his most enduring moniker as praeceptor Germaniae.