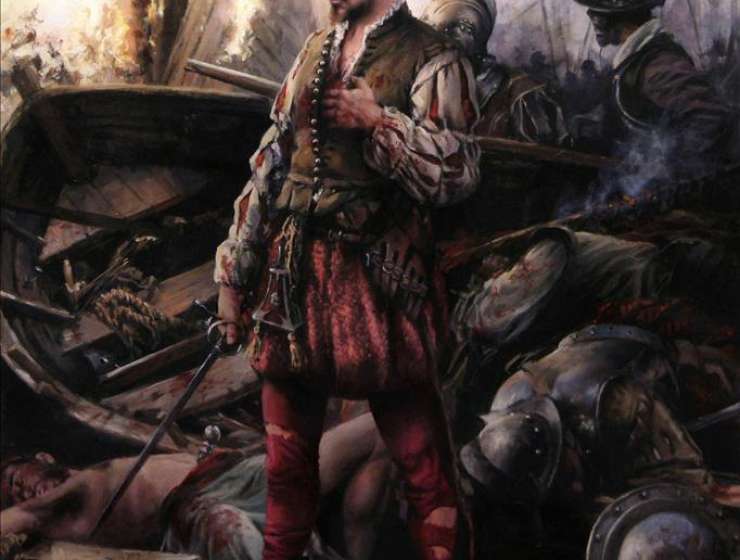 No name is more associated with Spanish literature—and perhaps with classic literature in general—than that of Miguel de Cervantes Saavedra. He was the author of El ingenioso hidalgo don Quijote de la Mancha, which is sometimes referred to as the first European novel and which has been translated into nearly every major language, making it one of the most widely distributed books after the Bible.

Although few people in the English-speaking world have read Don Quijote in its original Spanish, it nevertheless has had its influence on the English language, giving us expressions such as "the pot calling the kettle black," "tilting at windmills," "a wild-goose chase" and "the sky's the limit." Also, our word "quixotic" originated from the name of the title character. (Quijote is often spelled as Quixote.)

Despite his immense contributions to world literature, Cervantes never became wealthy as a result of his work, and not much is known about the early parts of his life. He was born in 1547 as the son of surgeon Rodrigo de Cervantes in Alcalá de Henares, a small town near Madrid; it is believed that his mother, Leonor de Cortinas, was the descendant of Jews who had converted to Christianity.

Story Continues
thoughtco.com
What Do You Think Of That Genius?