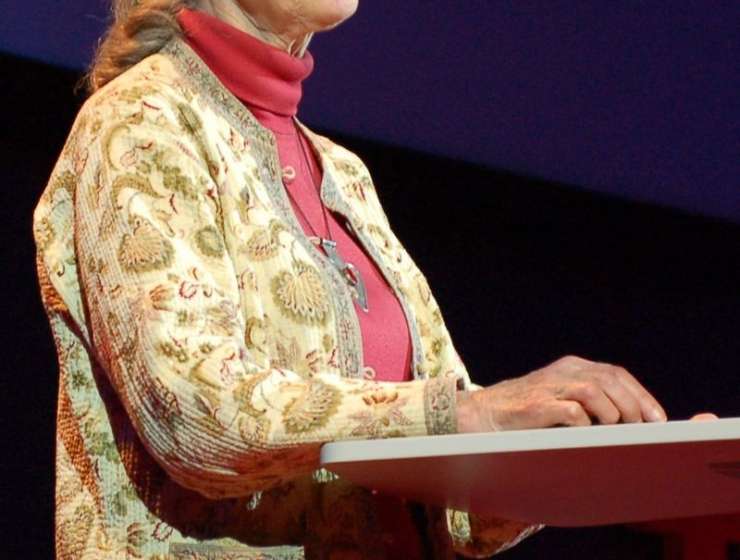 In February 1935, the year of King George V’s Silver Jubilee, a chimpanzee at London Zoo called Boo-Boo gave birth to a baby daughter. A couple of months later, a little blonde-haired girl was given a soft-toy replica of the zoo’s new arrival to mark her first birthday. This was Jane Goodall’s first recorded encounter with a chimp.

Goodall turns 80 this week. In the intervening years, her research on a community of chimpanzees in Tanzania revolutionised our understanding of these primates, our closest living relatives, and challenged deepset ideas of what it means to be human. She then packed in her fieldwork to become an activist, campaigning tirelessly for a more enlightened attitude towards animals and the environment. Along the way she has received nearly 50 honorary degrees, and became a UN Messenger of Peace in 2002 and Dame Jane in 2004.

Though I have only crossed London to meet her, I am struck by the sudden feeling that I have reached the end of some epic, Henry Stanley-like quest… “Dr Goodall?” As I reach out to shake a slender hand, the words “I presume” pop into my head. I suppress them.