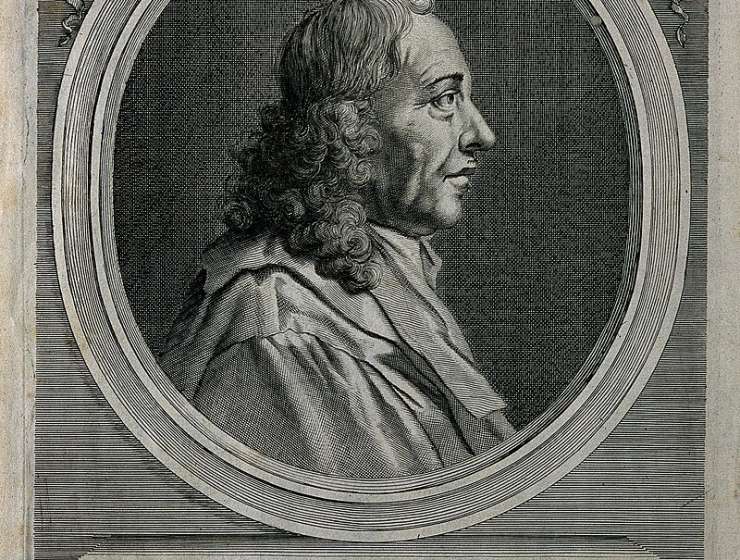 Marcello Malpighi (1628–1694) was an Italian scientist who made outstanding contributions in many areas, including the anatomical basis of respiration in amphibia, mammals, and insects and also in the very different fields of embryology and botany. He was one of the first biologists to make use of the newly invented microscope and is best known as the discoverer of the pulmonary capillaries and alveoli. However, he also discovered the spiracles and tracheae that enable respiration in insects.

His studies of the embryology of the chicken were far ahead of his time; he then turned to the anatomy of plants, where he made important contributions. Indeed, in some articles Malpighi is referred to as the father of embryology and in other publications as one of the fathers of plant anatomy. His work on the lung was chiefly carried out on the frog; he referred to this animal as the “microscope of nature” because it allowed him to see structures that were not visible in larger animals such as mammals. He also argued that nature undertakes its great works in larger animals after a series of attempts in lower animals. For breadth of interest, innovation, and productivity, it is not easy to think of his equal in the field of life sciences.

Story Continues
journals.physiology.org
What Do You Think Of That Genius?