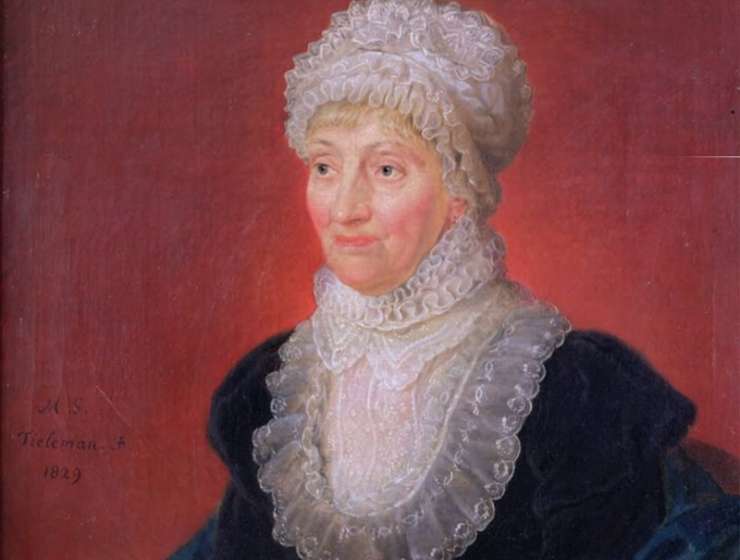 She has a comet named after her – comet 35P / Herschel-Rigollet – but her mother had envisioned a life for her as the household help of the family, instructing the young Caroline, whose growth was stunted due to contracting typhus fever as a child, in domestic activities such as sewing and embroidery. Caroline Herschel escaped this domestic drudgery, when, at 22, she followed her favourite brother, Friedrich Wilhelm, who was 12 years her senior, to England. There she originally trained as a singer. But she never embarked on a professional musical career as the Herschel household more or more began to be in the grip of one passion alone: astronomy, and Caroline began assisting her brother in his astronomical observations and in the construction of powerful new telescopes.

After Wilhelm discovered the new planet Uranus on March 13, 1781, he was offered the position of royal court astronomer; and Caroline, as part of the Herschel research duo, was offered fixed salary of £ 50 annually for her work – in effect, making her the first female professional astronomer. At the time she had evolved into an independent stargazer of her own. Between 1786 and 1797, she discovered eight comets, including the Encke comet, which has the shortest orbital period of all known comets within our solar system. In addition to discovering fourteen nebulae, she compiled a catalogue for star clusters and nebulae, as well as an Index to Flamsteed's observations, which included 561 stars. She was the first woman to be honored with the golden medal of the Royal Astronomical Society (1828) and the first to receive the golden medal of the Prussian Academy of Sciences (1846)