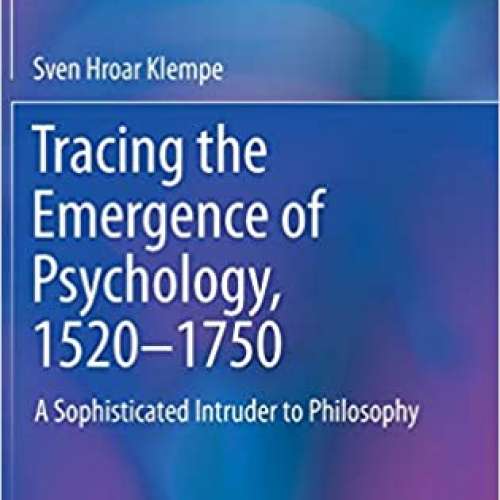 This book pursues the very first use of the term “psychology”, which is traced back to 1520. The appearance of the term was not as a part of philosophy. Thus, the main hypothesis of this book is that psychology from the very beginning was a stranger to philosophy. It demonstrates that even Aristotle used his thesis on the soul to delineate philosophy from psychological aspects. It is therefore suggested that psychological wisdom and knowledge has been retained and in popular culture as long as humans have reflected upon themselves. There were, however, several reasons for why psychology appeared as a part of philosophy at around the year 1600. One important factor was Humanism, which among other things had challenged Aristotelian logic. Another important movement was Protestantism.

Luther’s emphasis on the need to confess one’s sin, led to a certain interest to explore the human nature. His slogan, “the scripture alone” represented an attack on the close relationship that had existed between theology and philosophy. Yet when philosophy was thrown out of theology, it was left without the basic theological tenets that had guided philosophical speculations for centuries in Europe. Hence, this book pursues how philosophy gradually adopts and includes psychological aspects to rebuild the foundation for philosophy. This culminates partly with the British empiricists. Yet they did not apply the term psychology. It was the German and partly ignored philosopher Christian Wolff, who opened up modern understanding of psychology with the publication of Psychologia empirica in 1732. This publication had a tremendous impact on the enlightenment in the modern Europe.