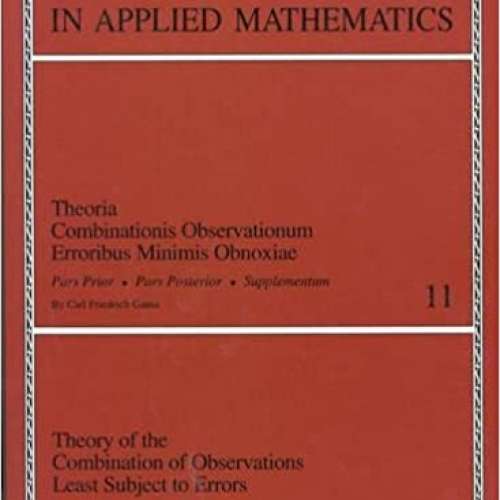 In the 1820s Gauss published two memoirs on least squares, which contain his final, definitive treatment of the area along with a wealth of material on probability, statistics, numerical analysis, and geodesy. These memoirs, originally published in Latin with German Notices, have been inaccessible to the English-speaking community. Here for the first time they are collected in an English translation. For scholars interested in comparisons the book includes the original text and the English translation on facing pages. More generally the book will be of interest to statisticians, numerical analysts, and other scientists who are interested in what Gauss did and how he set about doing it. An Afterword by the translator, G. W. Stewart, places Gauss's contributions in historical perspective.