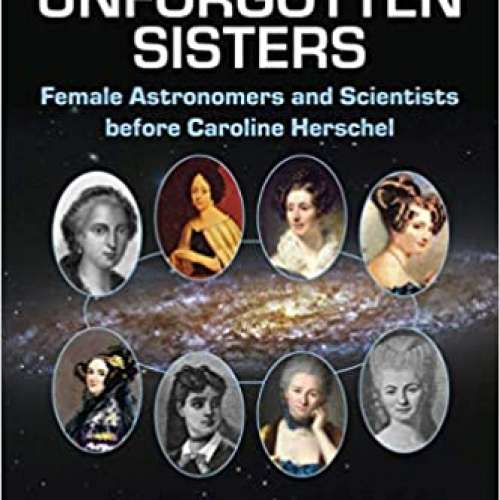 52
0
To genius page →
The Unforgotten Sisters: Female Astronomers and Scientists before Caroline Herschel

Taking inspiration from Siv Cedering’s poem in the form of a fictional letter from Caroline Herschel that refers to “my long, lost sisters, forgotten in the books that record our science”, this book tells the lives of twenty-five female scientists, with specific attention to astronomers and mathematicians. Each of the presented biographies is organized as a kind of "personal file" which sets the biographee’s life in its historical context, documents her main works, highlights some curious facts, and records citations about her. The selected figures are among the most representative of this neglected world, including such luminaries as Hypatia of Alexandra, Hildegard of Bingen, Elisabetha Hevelius, and Maria Gaetana Agnesi. They span a period of about 4000 years, from En HeduAnna, the Akkadian princess, who was one of the first recognized female astronomers, to the dawn of the era of modern astronomy with Caroline Herschel and Mary Somerville. The book will be of interest to all who wish to learn more about the women from antiquity to the nineteenth century who played such key roles in the history of astronomy and science despite living and working in largely male-dominated worlds.