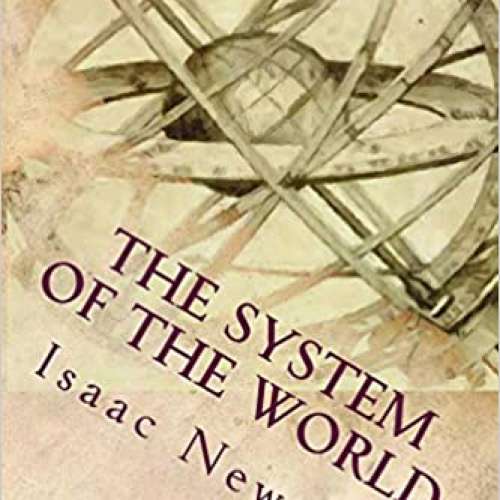 The System of the World by Isaac Newton. Sir Isaac Newton (1642–1727) was an English physicist and mathematician who is widely recognised as one of the most influential scientists of all time and as a key figure in the scientific revolution. This great work supplied the momentum for the Scientific Revolution and dominated physics for over 200 years. It was the ancient opinion of not a few, in the earliest ages of philosophy, that the fixed stars stood immoveable in the highest parts of the world; that, under the fixed stars the planets were carried about the sun; that the earth, us one of the planets, described an annual course about the sun, while by a diurnal motion it was in the mean time revolved about its own axis; and that the sun, as the common fire which served to warm the whole, was fixed in the centre of the universe. This was the philosophy taught of old by Philolaus, Aristarchus of Samos, Plato in his riper years, and the whole sect of the Pythagoreans; and this was the judgment of Anaximander, more ancient than any of them; and of that wise king of the Romans, Numa Pompilius, who, as a symbol of the figure of the world with the sun in the centre, erected a temple in honour of Vesta, of a round form, and ordained perpetual fire to be kept in the middle of it.