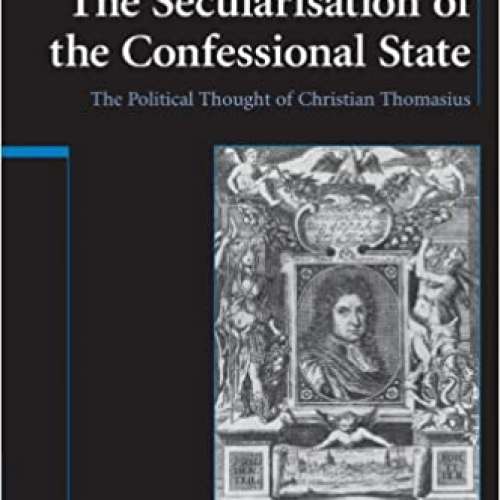 63
0
To genius page →
The Secularisation of the Confessional State

Christian Thomasius (1655-1728) was a tireless campaigner against the political enforcement of religion in the early modern confessional state. In a whole series of combative disputations - against heresy and witchcraft prosecutions, and in favour of religious toleration - Thomasius battled to lay the intellectual groundwork for the separation of church and state and the juridical basis for pluralistic societies. In this text, Ian Hunter departs from the usual view of Thomasius as a natural law moral philosopher. In addition to investigating his anti-scholastic cultural politics, Hunter discusses Thomasius' work in public and church law, particularly his disputations arguing for the toleration of heretics, providing a revealing comparison with Locke's arguments on the same topic. If Locke sought to base toleration in the subjective rights protecting Christian citizens against an intolerant state, Thomasius grounded it in the state's duty to impose toleration as an obligation on intolerant citizens.