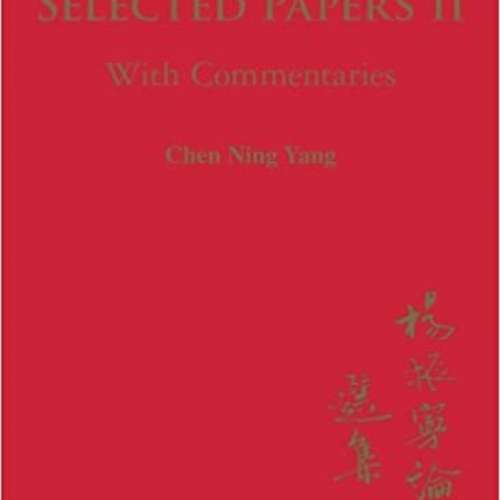 Professor Chen Ning Yang, an eminent contemporary physicist, was Professor at the Institute for Advanced Study, Princeton, New Jersey, from 1955 to 1966, and Albert Einstein Professor of Physics at the State University of New York at Stony Brook until his retirement in 1999. He has been Distinguished Professor-at-Large at the Chinese University of Hong Kong since 1986 and Professor at Tsinghua University, Beijing, since 1998.Since receiving his PhD from the University of Chicago in 1948, Prof Yang has made great impacts in both abstract theory and phenomenological analysis in modern physics. In 1983, he published "Selected Papers (1945-1980), With Commentary". It has been considered by Freeman Dyson as one of his favorite books. The present book is a sequel to that earlier volume. It is a collection of his personally selected papers (1971-2012) supplemented by his insightful commentaries. Its contents reflect Professor Yang's changing interests after he reached age sixty. It also includes commentaries written by him in 2011 when he is 89 years old.The papers and commentaries in this unique collection comprise a remarkable personal and professional chronicle, shedding light on both the intellectual development of a great physicist and on the nature of scientific inquiry.