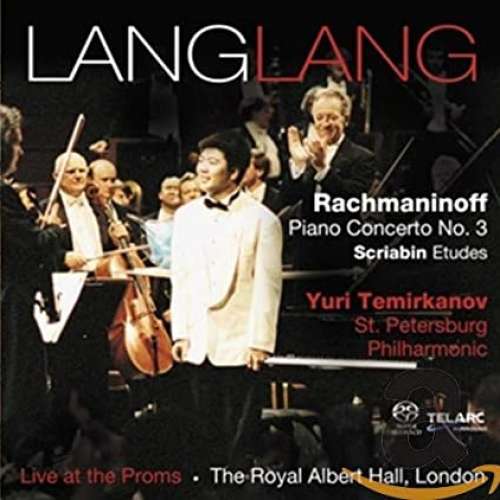 Recorded during live concert performances, Lang Lang's second Telarc release justifies all the positive buzz surrounding this young pianist's rapidly ascending international career. He brings plenty of finger power and long-lined drama to Rachmaninov's ubiquitous Third Concerto, yet takes plenty of time to let the lyrical, soaring tunes spin without an inkling of self-indulgence. He admirably adjusts the piano part to accompany when he doesn't bear the melodic burden, and he gets more expressive mileage from transitions than many pianists do. For once, the thicker, more difficult first movement cadenza doesn't sound unwieldy and elephantine. The piano is a little too prominent in the mix next to Temirkanov's sensitively detailed, flowing orchestral support. While Lang Lang has not fully internalized the quivering underbelly of Scriabin's passionate keyboard writing, his poised and secure readings of 10 Etudes still boast plenty of dynamism, idiomatic nuance, and roaring, Horowitz-like octaves. Watch this pianist! --Jed Distler.