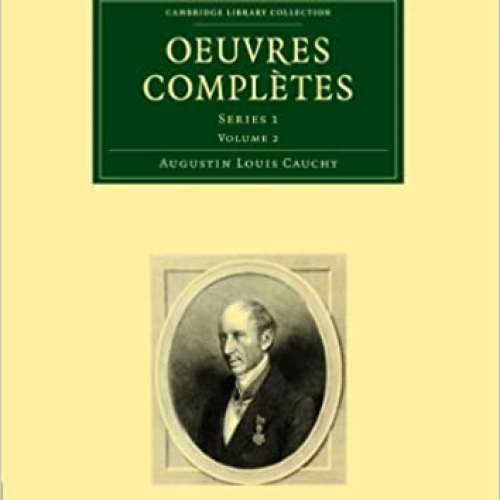 Augustin-Louis, Baron Cauchy (1789–1857) was the pre-eminent French mathematician of the nineteenth century. He began his career as a military engineer during the Napoleonic Wars, but even then was publishing significant mathematical papers, and was persuaded by Lagrange and Laplace to devote himself entirely to mathematics. His greatest contributions are considered to be the Cours d'analyse de l'École Royale Polytechnique (1821),