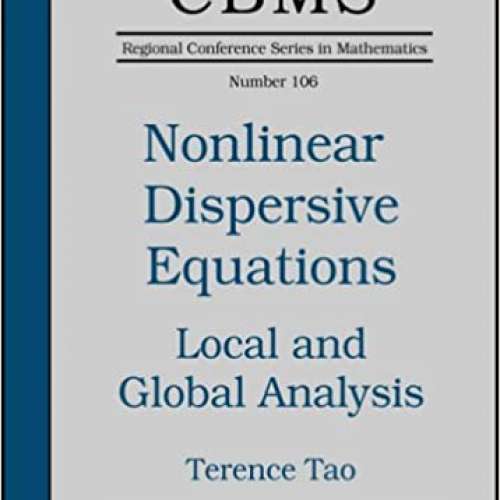 Among nonlinear PDEs, dispersive and wave equations form an important class of equations. These include the nonlinear SchrÃ¶dinger equation, the nonlinear wave equation, the Korteweg de Vries equation, and the wave maps equation. This book is an introduction to the methods and results used in the modern analysis (both locally and globally in time) of the Cauchy problem for such equations. Starting only with a basic knowledge of graduate real analysis and Fourier analysis, the text first presents basic nonlinear tools such as the bootstrap method and perturbation theory in the simpler context of nonlinear ODE, then introduces the harmonic analysis and geometric tools used to control linear dispersive PDE. These methods are then combined to study four model nonlinear dispersive equations.