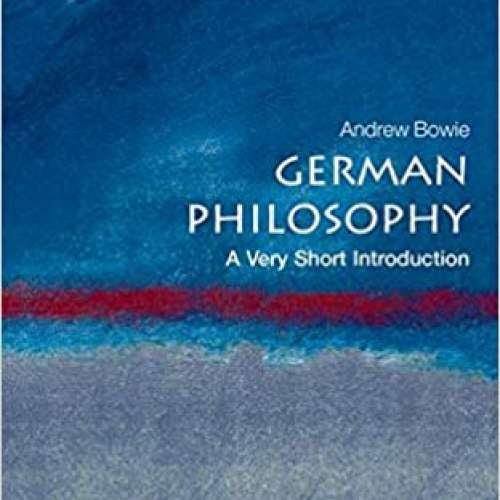 German philosophy stands at the center of modern thought. Without Kant, Frege, Wittgenstein, and Husserl there would be no Anglo-American "analytical" style of philosophy. And without Kant, Hegel, Marx, Nietzsche, and Heidegger, the "Continental Philosophy" of Derrida, Foucault, Deleuze, Badiou, and Zizek is incomprehensible.

This compact introduction offers an illuminating discussion of German philosophy, presenting it as one of the most revealing responses to the problems of "modernity." The rise of the modern natural sciences and the related decline of religion raise a series of questions, which recur throughout German philosophy, concerning the relationships between knowledge and faith, reason and emotion, and scientific, ethical, and artistic ways of seeing the world. The book also highlights the ideas of early German Romantic philosophy, including the works of Friedrich Schlegel, Novalis, Schleirmacher, and Schelling, significant thinkers who are generally neglected in most existing English-language treatments of German philosophy. This Very Short Introduction will include reference to these thinkers and suggest how they can be used to question more familiar German philosophical thought.