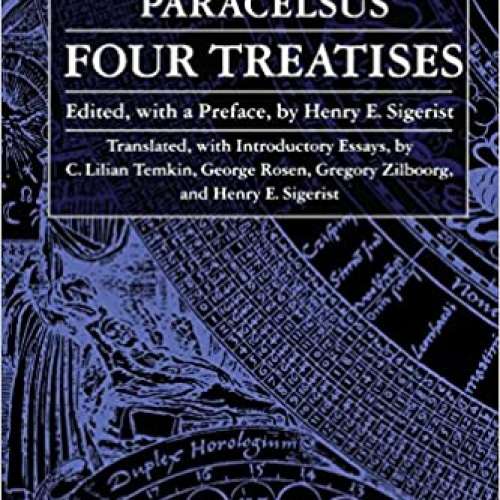 Born near Einsiedeln in 1493, Philip Theophrastus von Hohenheim, who later called himself Paracelsus, was the son of a physician. His thirst for knowledge led him to study arts in Vienna, then medicine in Italy, but the instruction left him disillusioned. He had learned to see nature with his own eyes, undiluted by the teachings of books. He was a rebellious spirit, hard-headed and stubborn, who travelled all over Europe and the British Isles to practice medicine, study local diseases, and learn from any source he could, humble as it might be. In these years of wanderings, Paracelsus developed his own system of medicine and a philosophy of theology all his own. Though he wrote a great many books that covered a wide range of subjects, only a few of his works were ever published in his lifetime. When he died in Salzburg in 1541, one of the most forceful personalities of the Renaissance died with him.