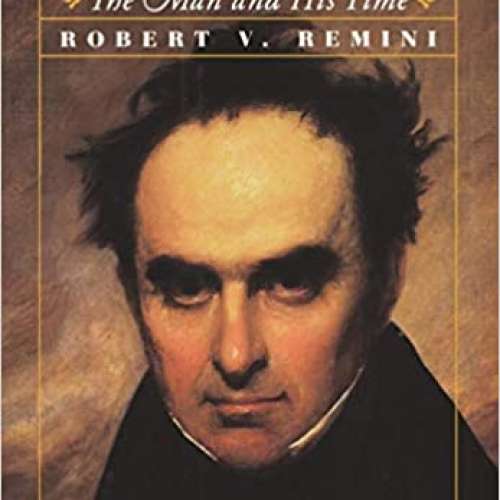 55
0
To genius page →
Daniel Webster: The Man and His Time

An important new interpretation of Daniel Webster's life by an award-winning biographer.

In almost every respect, Daniel Webster was larger than life, an intellectual colossus, a statesman of the first rank, and a man of towering and finally unfulfilled ambition. In this new biography, Webster is seen as a major player in American politics in the era between the War of 1812 and the beginning of the Civil War, involved with every significant issue confronting the new nation. Webster had no equal as an orator, then or since. Whether in the Senate, before the Supreme Court, or on the political stump, he was a golden-tongued spellbinder, often holding audiences in thrall for hours. In his lifelong defense of the Constitution, and as a constant upholder of the Union, Webster won love and respect. He was often referred to as "the Godlike Daniel". But he was also referred to as "Black Dan" because of his questionable dealings with men of wealth and power, his political conniving, his habitual nonpayment of debts, and perhaps even his somewhat roving eye.