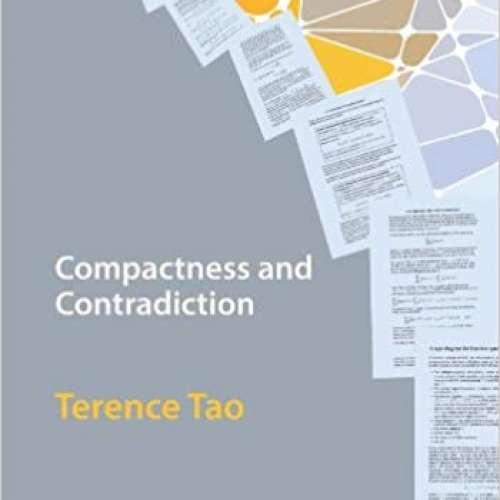 47
0
To genius page →
Compactness and Contradiction

There are many bits and pieces of folklore in mathematics that are passed down from advisor to student, or from collaborator to collaborator, but which are too fuzzy and nonrigorous to be discussed in the formal literature. Traditionally, it was a matter of luck and location as to who learned such "folklore mathematics". But today, such bits and pieces can be communicated effectively and efficiently via the semiformal medium of research blogging. This book grew from such a blog. The articles, essays, and notes in this book are derived from the author's mathematical blog in 2010. It contains a broad selection of mathematical expositions, commentary, and self-contained technical notes in many areas of mathematics, such as logic, group theory, analysis, and partial differential equations. The topics range from the foundations of mathematics to discussions of recent mathematical breakthroughs. Lecture notes from the author's courses that appeared on the blog have been published separately in the Graduate Studies in Mathematics series.