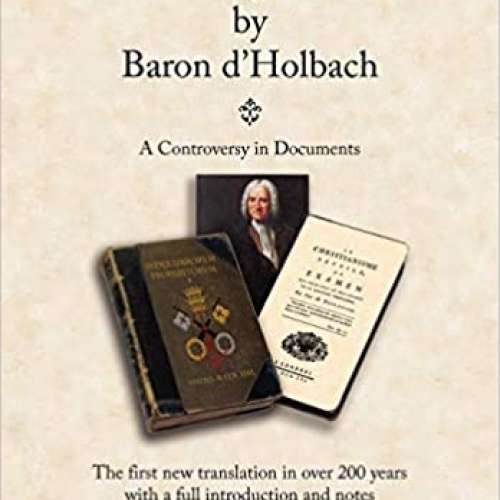 Dr Jonathan Miller has said that, ‘d’Holbach is an enormously important figure in the history of disbelief’, (BBC Television, A Brief History of Disbelief, 2005). Through this new translation of d’Holbach’s Christianity Unveiled – the first complete translation from the original French into English, together with a whole host of related documents never before translated – the reader will come to an in-depth appreciation of d’Holbach, the courageous atheist, his society, and the cultural milieu in which he wrote and published.

His atheism and criticism of Christianity and sovereigns who pandered to the Church outraged not only the religious establishment but also the state, so much so that he had to publish his work anonymously for fear of being arrested and incarcerated in the Bastille. His radical, outspoken ideas also scandalized famous intellectuals and men of letters of his day, such as Voltaire. This edition contains a wealth of biographical material on d’Holbach and his circle, previously only available in French.