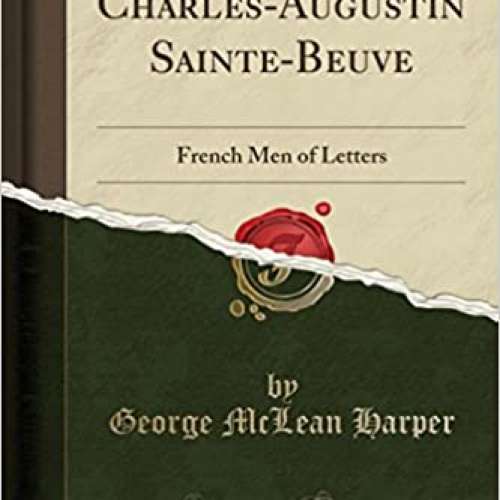 I take pleasure in acknowledging my indebt edness to M. Gustave Michaut, Of the Sorbonne, whose large and profound work, sainte-beiwe avant les Landis, has not only helped me in detail but served as an example of disinterested zeal. I have imagined M. Michaut correcting my conjectures, out of his vast store of exact knowledge, and the thought has been a spur to industry. If I have felt obliged to disagree With him in regard to his main contention that sainte-beuve established a method Of criticism - the reason probably lies in an incor rigible difference Of race.