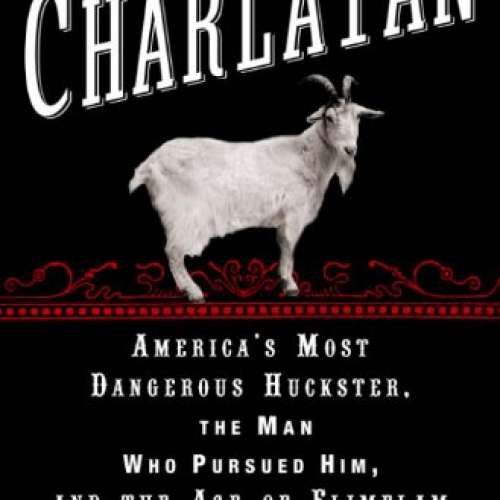 190
0
To genius page →
Charlatan: America's Most Dangerous Huckster, the Man Who Pursued Him, and the Age of Flimflam

The inspiration for the 2016 Sundance Film Festival documentary, NUTS!. “An extraordinary saga of the most dangerous quack of all time...entrancing” –USA Today

It was all nonsense, but thousands of eager customers quickly made “Dr.” Brinkley one of America’s richest men–and a national celebrity. The great quack buster Morris Fishbein vowed to put the country’ s “most daring and dangerous” charlatan out of business, yet each effort seemed only to spur Brinkley to new heights of ingenuity, and the worlds of advertising, broadcasting, and politics soon proved to be equally fertile grounds for his potent brand of flimflam.

Culminating in a decisive courtroom confrontation, Charlatan is a marvelous portrait of a boundlessly audacious rogue on the loose in an America ripe for the bamboozling.