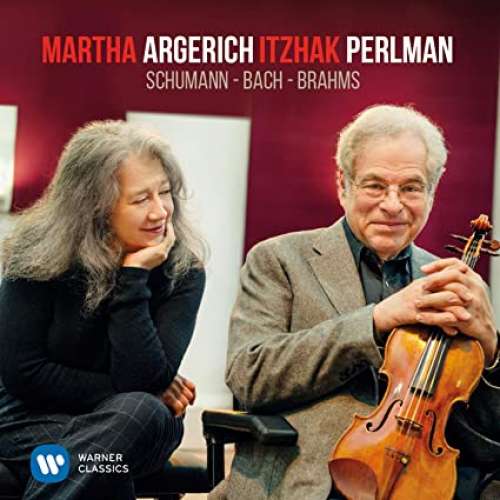 “Working with Martha was a unique experience for me …Her brilliance and the colours she uses when she plays are recognisable as soon as you hear them – it’s her; nobody else sounds like that… I am so excited that we were actually able to record together again… When this possibility came along that she might be able to have a couple of days free to record I said, ‘I’ll go any place!’” – Itzhak Perlman Martha Argerich added: “I feel so stimulated to play with Itzhak, it’s really a feast – fantastic! It’s a very special relationship, I am completely enchanted.” Itzhak Perlman and Martha Argerich have recorded a historic first studio album together: It has been 18 years since their last album together, a live recital from the Saratoga Performing Arts Center. On that momentous occasion in 1998, the pair performed three of the 19th century’smost ambitious and enthralling works for violin and piano – Beethoven’s Kreutzer Sonata, the Franck Violin Sonata and Schumann’s Violin Sonata No. 1. The first two sonatas were released in 1999 by EMI Classics (now Warner Classics) in what was the pair’s only recording together until now.