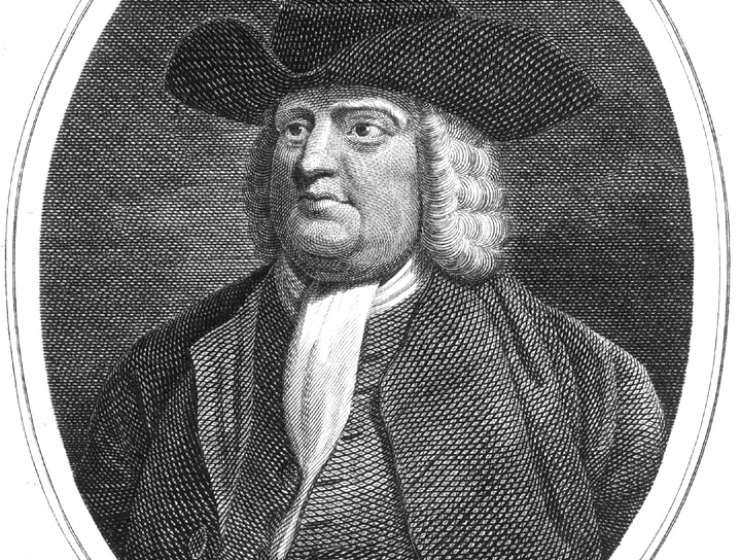 Alexander Milne Calder's bronze statue of William Penn atop Philadelphia City Hall surveys the founder's beloved Holy Experiment fashioned out of the ideals of his Quaker faith. In a seventeenth-century world conditioned by violence, religious persecution, and arbitrary authority, Penn established an unusual colony dedicated to the principles of religious toleration, participatory government, and brotherly love.

Such a utopian society had never been attempted in the annals of human history, and its success was reflected by the religious and spiritual diversity that became Pennsylvania's defining characteristic. Penn's belief that "no people can be truly happy if abridged of the freedom of their consciences" attracted to his colony not only Quakers who had been persecuted in England, but Protestants, Catholics, and Jews from a dozen different lands, all of whom had suffered because of restrictions on their religious beliefs.